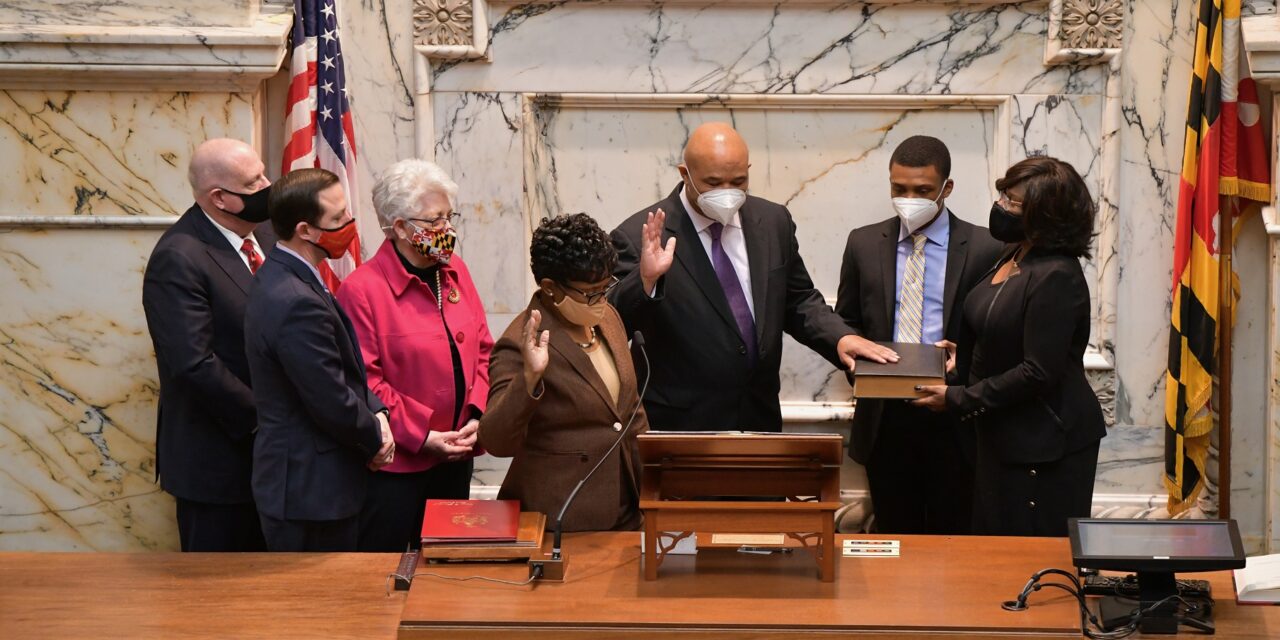 HOGAN TESTS POSITIVE FOR COVID: Gov. Larry Hogan, who is fully vaccinated and received a booster, tested positive for the coronavirus on Monday. Ovetta Wiggins and Erin Cox/The Washington Post.

HEALTH DEPT COVID DASHBOARD BACK UP; COUNTY DATA MISSING: State officials Monday provided some additional details about a cyberattack that has crippled some websites operated by the Maryland Department of Health but shed no further light on what caused the incident. Bryan Sears/The Daily Record.

STATE ED OFFICIALS BACK CONTINUED IN-PERSON SCHOOL: As COVID-19 cases continue to rise around the state, Maryland State Department of Education officials announced Monday that they would only support a local school system’s transition to online learning “under the most exigent of circumstances.” Lillian Reed/The Baltimore Sun.

PROPOSED GENERAL ASSEMBLY REDISTRICTING MAP ERODES CITY POWER: The Maryland Legislative Redistricting Advisory Commission released a proposed legislative redistricting plan Monday evening that would further erode the political power of Baltimore City, shore up vulnerable Democrats, and create a few opportunities for Democrats to go on offense — even though they already hold supermajorities in both the House of Delegates and Senate. Bennett Leckrone/Maryland Matters.

TEN DAYS TO GO: Maryland Reporter, the original nonprofit website for news about state government and politics, is in the final 10 days of its annual NewsMatch fundraising drive and we’ve reached 83% of our goal. Every contribution by Dec. 31 is matched by national foundations. Please make a tax-deductible contribution today.

HOUSE REPUBLICANS BATTLE FOR LEADERSHIP: The top Republican in the Maryland House of Delegates is facing a leadership fight from the man who only a year ago was his running mate. In a letter Monday to the Republican caucus, Del. Chris Adams, an Eastern Shore Republican, announced his resignation as minority whip. At the same time, Adams said he will team with Matt Morgan, a St. Mary’s Republican, to seek to wrest the caucus leadership away from his former ally, Del. Jason Buckel, R-Allegany, in the coming session. Bryan Sears/The Daily Record.

DISMISSALS AT PATUXENT RIVER COMMISSION HIGHLIGHT DISAGREEMENTS: Some members of the Patuxent River Commission, whose 34 members are appointed by the governor and confirmed by the state Senate, feel they’ve been muzzled again, this time for good when they were recently informed that they were not reappointed to the commission, without explanation. Scott Dance/The Baltimore Sun.

RASKIN TAKES UP CAUSE QUESTIONING SUICIDE ‘RULE’ IN LIFE INSURANCE: The rule in life insurance policies that states that a payout won’t be made if the insured commits suicide is being questioned by U.S. Rep. Jamie Raskin and a Takoma Park resident whose husband died by his own hand. Jeff Barker/The Baltimore Sun.

DOLLAR HOUSES MAY RETURN TO B’MORE: Housing advocates expressed concerns about a proposed revival of Baltimore’s popular Dollar House program as Baltimore City Council kicked off its discussions about the legislative proposal Monday. The program would target people who are already renting but want to own. Emily Opilo/The Baltimore Sun.

B’MORE SETTLES DOL OT DISPUTE: Baltimore city’s Scott administration has agreed to pay $119,839 in back overtime wages to eight current and former employees at the comptroller’s office as part of a settlement with the U.S. Department of Labor. The payments will end a DOL investigation into violations of the U.S. Fair Labor Standards Act under Joan Pratt, whose 25-year tenure as Baltimore’s elected comptroller ended in December 2020. Mark Reutter/Baltimore Brew.