EARLY PRIMARY VOTING: This year, early voting in Baltimore and across the state, which begins today, has a new importance: While registration has closed for the April 26 primary election, people can register and vote on the same day during early voting, the Sun’s Luke Broadwater reports.

ERSTER STUDY: Scientists say they have only a vague idea of how many oysters cover the reefs in the Chesapeake Bay, and can’t say how many can be harvested safely each year without threatening the future of an already decimated population. Over the next year and a half, they hope to figure it out. Scott Dance of the Sun reports that in the waning hours of its 2016 session, the General Assembly authorized a study that advocates say will not only provide a more precise count of the bivalves, but assess how quickly they are reproducing, how fast they are growing and how they are faring against disease.

HEALTH CARE BILLS: Daniel Leaderman of the Daily Record gives a rundown of the health care bills that were up for passage by the Maryland General Assembly and what finally happened to them.

BIGGER BUCKS FOR ILLEGAL DEER KILLING: Outdoor columnist Michael Sawyers of the Cumberland Times News explains what fines and penalties a judge must impose if Gov. Hogan signs HB 410, which raises the fines for illegally killing deer in Maryland.

WINNERS & LOSERS: The General Assembly wrapped up its business and overall, phew, that wasn’t so bad. In fact, the whole session was surprisingly collegial. Things got done. Even so, this session had some highs and lows, some winners and some losers. Overall, though, the editorial board for the Frederick News Post thinks think the state came out ahead. Topping off its list of winners and losers is Gov. Larry Hogan, who won and lost.

VETO BEE BILL: The editorial board for the Frederick News Post isn’t so high on legislation recently passed to help the decimated bee population by banning a certain class of pesticides from home use, and is recommending that Gov. Larry Hogan veto the bill, sending it back to the legislature next year to be rewritten.

ON ANNAPOLIS: In this 50-minute segment of Midday with Sheilah Kast, WYPR statehouse reporter Rachel Baye brings the latest from Annapolis. And Barry Rascovar of the Political Maryland blog and Baltimore Sun opinion editor Andy Green offer their reflections on the testy relationship between the highly popular Republican governor and a legislature dominated by Democrats.

SANDERS, CLINTON AIR SIMILAR ADS: Both Hillary Clinton and Sen. Bernie Sanders are airing ads in Maryland that invoke the deaths of African Americans in police custody as the candidates seek to show their commitment to criminal justice reform. It’s a sign of the importance both candidates are placing on the April 26 presidential primary in Maryland, where more than a third of the Democratic electorate is African American. 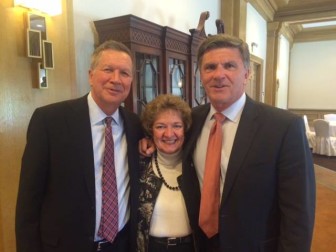 KASICH STUMPS IN MARYLAND: Ohio Gov. John Kasich spoke to a crowd of about 600 people at the Savage Mill in Howard County on Wednesday. Len Lazarick of MarylandReporter.com writes that Kasich, clearly a skilled practitioner of the political arts, is folksy and funny, knowledgeable and pragmatic, able to think on his feet and improvise. He is unwilling to engage in the politics of anger and exclusion that have played so well in the GOP primaries.

HUSBAND CAMPAIGNS FOR CLINTON: Reflecting the relevance of Maryland this year — and of Leisure World in statewide elections — former President Bill Clinton stopped at the large, Montgomery County retirement community and delivered a 30-minute speech to an overflow crowd on behalf of his wife, who is running for president, Jeff Barker writes for the Sun.

OBAMA WANTS AD TAKEN DOWN: Taking the unusual step of weighing into a Democratic primary, the Obama administration on Wednesday called on a super PAC backing Rep. Donna Edwards’ bid for Maryland’s open Senate seat to pull an advertisement that features a clip of the president, John Fritze and Ian Duncan of the Sun write.

MOSBY DROPS RACE: Yvonne Wenger and Luke Broadwater report that Baltimore City Councilman Nick Mosby dropped out of the mayor’s race Wednesday and threw his support behind state Sen. Catherine Pugh, a move political observers say could be enough to push her to victory in this month’s election. Mosby said he wanted to help unite the city behind Pugh, who he said is best positioned to connect Baltimore to state and federal resources. 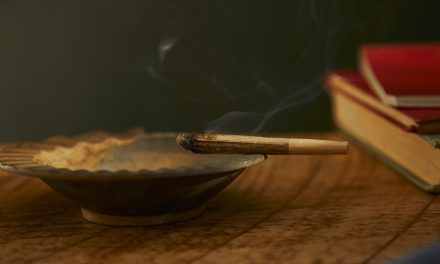