HOGAN FORESHADOWS REOPENING ANNOUNCEMENT: In a video-streamed interview with Politico on Thursday, Gov. Larry Hogan conceded that Trump has occasionally been irritated by his prodding representing the National Governors Association on coronavirus conference calls, Bruce DePuyt writes for Maryland Matters. But Hogan said he tries to be direct and fair. 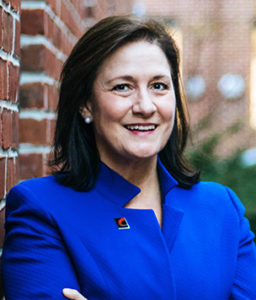 FEDERAL SUPPORT CRITICAL FOR SMALL BUSINESSES: Maryland Chamber of Commerce President and CEO Christine Ross said a federal $484 billion stimulus package would provide “critical” support for small businesses that are suffering due to restrictions aimed at preventing the spread of the coronavirus, Bryan Renbaum reports for MarylandReporter.com.

VIRUS SPREADS TO HOMELESS SHELTERS: As the coronavirus spreads in Baltimore’s homeless shelters, about 150 people staying in the Weinberg Housing and Resource Center will be moved to city hotels, Yvonne Wenger reports for the Sun.

ALL UNEMPLOYMENT BENEFITS GO ONLINE: Marylanders will be able to avoid long wait times on the phone by filling all types of unemployment benefit claims online Friday morning through the state labor department, reports McKenna Oxendon for the Sun.

NURSING HOMES IMPACTED BY VIRUS NOT BEING DISCLOSED: Scott Dance of the Sun writes Maryland health officials have denied a request from the newspaper for a list of nursing homes across the state with confirmed coronavirus outbreaks, responding that “the disclosure serves no public health purpose.”

ROCKVILLE TAKES BACK EMERGENCY POWERS: After granting the city manager the power last month to suspend certain laws during the coronavirus pandemic, Rockville changed its mind and rescinded the ordinance, Briana Adhikusuma reports for Bethesda Beat.

RELIEF FOR MOCO RENTERS: The Montgomery County Council has placed limits on the amount landlords can increase rent during the coronavirus pandemic, Michelle Basch reports for WTOP. The COVID-19 Renter Relief Act applies to renters with leases up for renewal.

STATE NOT DIRECTLY INVOLVED IN DECISION TO KILL CHICKENS: The Maryland Department of Agriculture is monitoring plans for killing nearly 2 million chickens that poultry processers can’t handle, but is not directly involved in depopulations not being done because of animal health concerns, Lorraine Mirabella reports for the Sun. Processing plants are experiencing staff shortages due to coronavirus concerns.

OPINION: CHOICE IS TRULY LIBERTY OR DEATH: As a COVID-19 survivor, Jack Flanagan writes in the Baltimore Post-Examiner that he “wouldn’t wish this disease and its effects on anyone, including the misguided protesters clogging the streets of state capitals, or the ‘experts’ and lawmakers who say a loss of life is OK so that corporations can make their money and politicians can win elections – even our idiotic president who said the disease that nearly killed me was a ‘hoax.’”

FICKER RUNNING FOR GOV: Boyds Republican Robin Ficker will be back on the ballot in 2022, this time to run for governor, reports Dan Schere for Bethesda Beat.