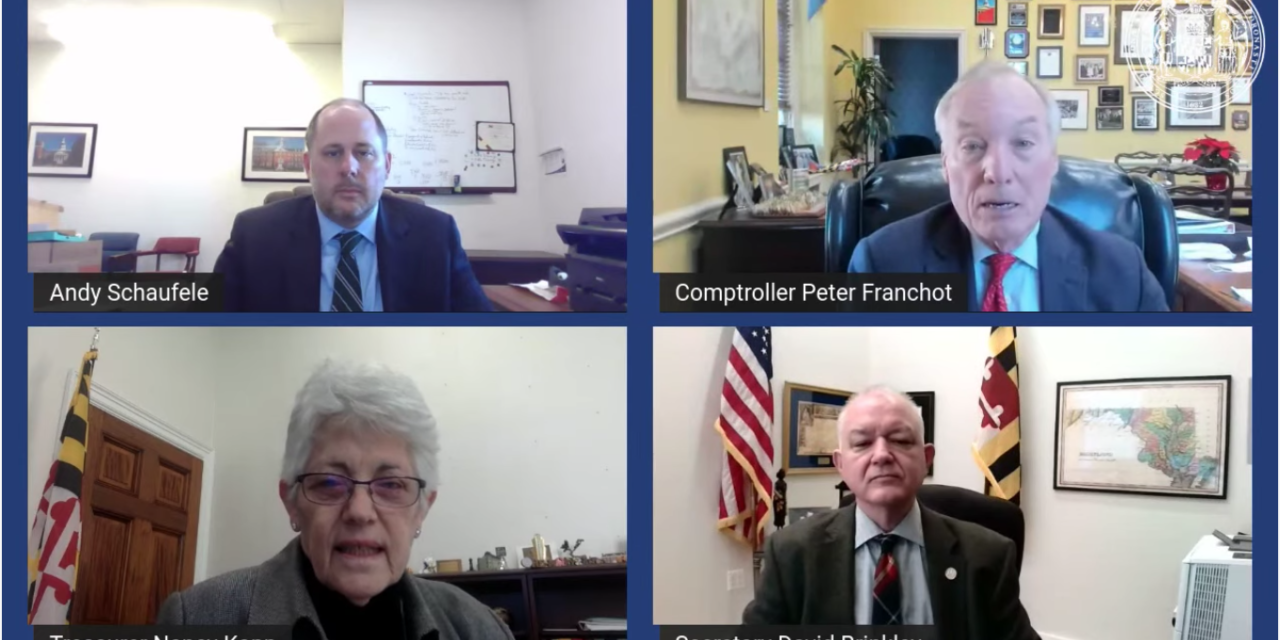 The state’s fiscal outlook appears to be very bright over the next two years even as the COVID-19 pandemic continues to bring about considerable economic uncertainty, Bureau of Revenue Estimates Director Andrew Schaufele said Tuesday.

His remarks were made at a virtual Board of Revenue Estimates (BRE) meeting.

Kopp is stepping down on Friday after nearly two decades as Treasurer and will be succeeded by Del. Dereck Davis, D-Prince George’s. And Schuafele will soon vacate his current position to assume the office of deputy comptroller.

At Tuesday’s meeting, the board unanimously voted to revise upwards by $1 billion the state’s general fund revenue projections for FY 2022 and FY 2023.

“I am very very bullish about the economy and our revenues in this two-year picture,” Schaufele said.

“There is absolutely uncertainty. There always is. It is probably heightened right now because of the revenue on the high-income earners. But I think we should be quite bullish here,” he added.

Schuafele said he anticipates the nationwide surge in inflation to be “transitory,” and noted that inflation itself is not necessarily a bad thing for state budgets.

But Schaufele cautioned lawmakers not to go overboard in spending the extra funds.

Shaufele said investors should not be surprised if a stock market correction occurs in the near future given that stock prices are at an all-time high.

Schaufele said that although Maryland’s labor market has made a rapid recovery from its pandemic low last year, the state is still about 91,000 jobs short of pre-pandemic levels, and that two-thirds of the vacant jobs are in the hospitality sector.

Franchot pointed out that although the state’s economy is strong, many Marylanders who are on the lower end of the wage scale are still struggling.

“We know that so many of our fellow Marylanders and thousands of small businesses continue to struggle and still feel the economic consequences of this pandemic.”

Franchot proposed a one-time payment of $2,000 for struggling Marylanders as well as an aid package for small businesses that were shuttered during the early days of the pandemic.

Kopp strongly emphasized that she too is concerned about rising economic inequality.

“The difference between the impact on the top 1%, the middle, and the lowest-is just painfully dramatic. And while the federal infusion of funds did help very significantly those who needed the help-that money can run through very quickly. People need money for rent and for daily living. And I do think that we have an obligation as a community to try to narrow that gap. It is not a good sign that the gap is growing.”