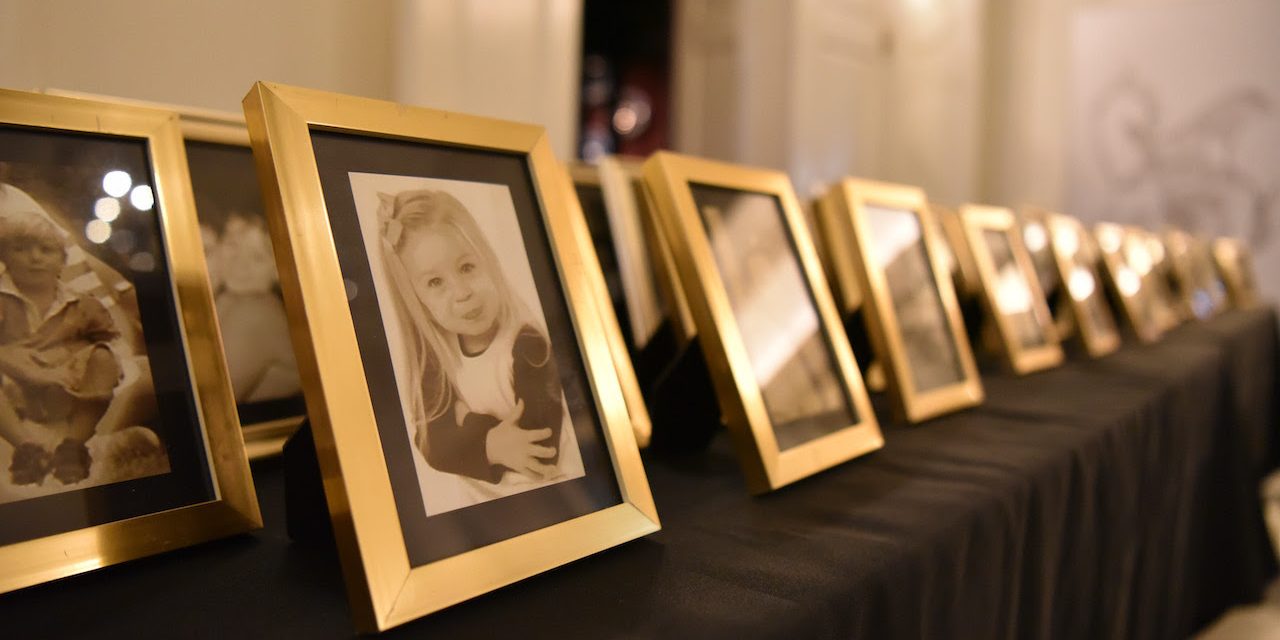 On display at the State House during a ceremony honoring the victims of impaired driving Monday were photos of some of the people who died last year. In 2020, 120 people died and more than 2,600 were injured on Maryland roadways due to impaired driving. More than 14,170 people were arrested for driving under the influence of alcohol or drugs—with approximately 1,345 of the arrests occurring from Thanksgiving through New Year’s Day. Governor's Office photo

FORMER HEALTH SECTY: VAXX RATE WILL SPARE STATE FROM SURGE: Former Department of Health and Mental Hygiene Secretary Dr. Joshua Sharfstein said Monday that because Maryland has a “very high vaccination rate” the state is unlikely to experience a “huge” winter surge in critical COVID-19 infections, reports Bryan Renbaum for Maryland Reporter. To date, 88% of Marylanders are partially vaccinated, according to the Department of Health, and about 62% are fully vaccinated.

TRUMP CALLS COX ‘MAGA ALL THE WAY:’ Trump called Cox “an America First Patriot” and claimed the state lawmaker is “MAGA all the way” in a statement released by Trump’s Save America PAC on Monday evening. Cox, a right-wing conservative and full-throated backer of the ex-president, represents portions of Carroll and Frederick counties in the House of Delegates, Bryn Stole of the Sun reports.

OPINION: OF COURSE, TRUMP ENDORSES COX: Brian Griffiths of the Duckpin notes that former President Donald Trump has endorsed his loyal Del. Dan Cox for governor of Maryland. “Everything about this endorsement is bizarre,” Griffiths writes in this double entendre-tinged column. But wait, there is more.

MARYLAND’s FORMER U.S. HOUSE MEMBERS OPPOSE TRUMP SUIT: On Monday, 77 retired Republican and Democratic members of Congress, including four from Maryland, urged the U.S. Court of Appeals for D.C. to reject former President Donald Trump’s lawsuit seeking to block the release of his presidential records related to the Jan. 6, 2021 attack of the U.S. Capitol. The four from Maryland are Republicans Robert Bauman, 1973-1981,Connie Morella, 1987-2003, and Wayne Gilchrist, 1991-2009, and Democrat Donna Edwards, 2008-2017.

HOGAN CALLS TRUMP’s ANTI-GOP ACTS ‘OUTRAGEOUS:’ In a private meeting of the Republican Governors Association’s executive committee, Gov. Larry Hogan brought up Trump’s campaign of retribution against incumbent Republicans he dislikes, Jonathan Martin and Shane Goldmacher of the New York Times report. “It’s outrageous, unacceptable and bad for the party,” Hogan said in an interview about the former president’s intervention, which he termed “Trump cancel culture.” And it’s happening, he added, “with House members, governors and senators.”

GET THIS GUY AN EDITOR: Much thanks to the 30 subscribers who contributed $3,150 to Maryland Reporter Monday, one of our best single days in fundraising this year. And thanks for no one pointing out that we got the year wrong in the 8 a.m. fundraising appeal. The year ahead is 2022, a major election year in Maryland with all the statewide offices open. Keep us going strong in the new year by making your tax-deductible contribution to our nonprofit news site today.

KORMAN ZINGS SLATER ON UNFUNDED TRANSPORTATION PROJECTS: Del. Marc A. Korman (D-Montgomery) asked Transportation Secretary Greg Slater on Monday how much money the state has budgeted for five high-profile projects that Gov. Hogan said were on the chopping block prior to the Transportation Planning Board reversing its decision to cut Hogan’s toll lane project. “Zero,” Korman said, to which Slater agreed. Bruce DePuyt writes the story for Maryland Matters.

CLIMATE VOTERS GUIDE: JON BARON: Jon Baron isn’t the first policy wonk in history to run for governor of Maryland. But he may be the first to come from the especially wonky world of what’s known as evidence-based policy. He’s worked for federal agencies and philanthropies that study what’s worked in one place and try to circulate the idea more widely to see if they can be applied elsewhere.

COURT: MARYLAND DID NOT VIOLATE FREE SPEECH RIGHT: Maryland did not violate a Virginian’s constitutional right to free speech by refusing to provide him a list of Maryland’s registered voters in his effort to pursue a letter-writing campaign against the state prosecutor who had charged him with election-law violations, a federal appeals court ruled Friday, Steve Lash of the Daily Record reports.

COLLEGE ATHLETES PREPPED TO PROFIT OFF THEIR ‘NIL:’ Maryland athletic directors told an oversight committee Monday that they are offering opportunities for college athletes to profit off their names, images and likenesses, Elizabeth Shwe of Maryland Matters reports. The policies come after the General Assembly passed the Jordan McNair Safe and Fair Play Act this past legislative session, which expands athletes’ rights over the use of their name, image and likeness, among other college athletics reforms.

OPINION: PRO-SCIENCE HARFORD RESIDENTS BACK DR. BISHAI: In an op-ed for the Aegis, Jared DeCoste, a Harford resident and scientist with the U.S. Army’s Chemical Biological Center, opines that when the Harford County Council decided to terminate Health Officer Dr. David Bishai, “they were placating the vocal crowd that stands for personal freedom and does not want any public health measures that affect their life. However, the council thought this decision would go largely unnoticed and they did not bargain for the nonpartisan pro-science crowd to rise up and become a new loud voice.”

FREDERICK MASK MANDATE UNLIKELY: The Frederick County Board of Health will convene today to discuss a possible mask mandate, but implementing one would be an uphill climb without support from the county’s lead health official, Jack Hogan reports for the Frederick News-Post. County health officer Dr. Barbara Brookmyer has stated that without a reliable way to enforce a mask requirement, a countywide mandate wouldn’t be effective.

JUDGE HALTS OYSTER PROJECT IN SOMERSET: A judge temporarily blocked an oyster restoration project in Somerset County after local leaders filed a motion to halt the construction of artificial reefs in the Manokin River last month, and the court battle could delay the project further if a preliminary injunction is granted, Madeleine O’Neill reports for the Daily Record.

SHARPSBURG OFFICIAL FACES FEDERAL FIREARMS CHARGES: The vice mayor of the small Western Maryland town of Sharpsburg is facing federal firearms charges, authorities said. An indictment unsealed last week charges Jacob Martz, 41, with possession of a firearm by a prohibited person and possession of a machine gun in connection with 16 firearms and multiple machine-gun conversion devices found at his home, the AP is reporting.

BUTTIGIEG IN B’MORE TO TOUT TRANSIT INVESTMENT: U.S. Transportation Secretary Pete Buttigieg plans to return to Baltimore on Tuesday to tout a $22 million federal investment in public transit along a 10-mile, east-west stretch through the city to and from Baltimore County, Jeff Barker of the Sun reports.