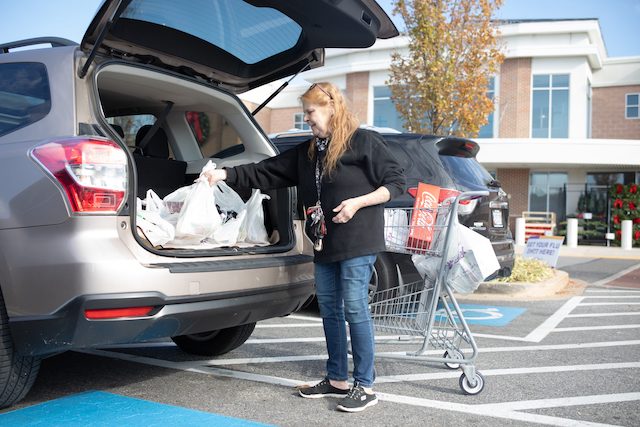 Donna Rhodes from Owings, Maryland, said she's had to cut back a lot on different things because of high food costs. (Brittany N. Gaddy/Capital News Service

Listen to this article
By BRITTANY N. GADDY
Capital News Service
WASHINGTON — Some Marylanders say they are changing their budgets as they pay more for basic necessities like groceries and gas due to inflation.

“My husband keeps saying as the prices keep going up he’s not going to be able to retire,” Donna Rhodes, a 62-year-old retiree from Owings, told Capital News Service as she put groceries into a car. “You would like prices to go down instead of the prices going up.”

The Consumer Price Index, which is a common measure of inflation, climbed 6.2% in October compared to last year – the largest yearly increase in more than 30 years, the United States Bureau of Labor Statistics reported Nov. 10.

The index rose 0.9% last month following a 0.4% increase in September, the report said. Elevated prices in October were wide-ranging, with prices rising in energy, shelter, food, used cars and trucks as well as new vehicles.

One factor driving inflation, which is the rate at which prices increase over time, is too much government spending, said Dr. Antonio Saravia, an associate professor of economics at Mercer University, citing in part the stimulus checks that were issued to millions of Americans during the COVID-19 pandemic.

Another reason inflation is rising is because the Federal Reserve, the country’s central banking system, printed too much money so people could continue to make purchases during the pandemic, Saravia said. 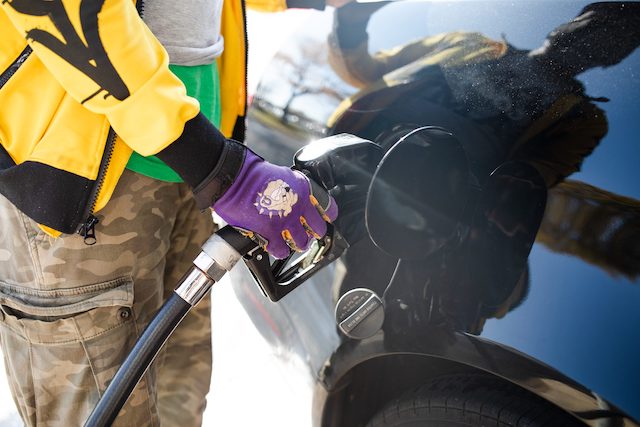 Erica Groshen, senior economics advisor at Cornell University’s School of Industrial and Labor Relations and former commissioner of the BLS, noted contributing factors to rising prices include some prices returning to normal from prices that were lower during the pandemic. Prices also have been pushed up by supply chain disruptions, she said.

Those delays have “meant increases in prices for things that have been slow to arrive at our ports to get to our stores,” Groshen said.

Saravia said supply chain disruptions wouldn’t have changed prices so much if the Federal Reserve and government did not print and spend so much money.

Food prices increased 0.9% last month, according to the CPI, and supermarket customers are noticing the higher prices.

“Everything is like double the price, and it’s very difficult,” said Juanita Sherman, a 53-year-old Upper Marlboro resident and Metro employee. “I’ve been shopping for the last two weeks for Thanksgiving over pay periods so I can get everything.”

Gas prices are rising too, according to the CPI, increasing 6.1% last month, which is the fifth consecutive monthly increase.

Justin Hawkins from Chesapeake Beach owns a landscaping company. The 31-year-old said he increased the cost of his services because gas prices rose.

“So it’s been an impact to (businesses) like mine because that’s what I rely on,” he said. “The mowers take gas, any trimmers or anything like that – all that stuff takes gas. So I feel like the business I’m in, it’s definitely been impacted being that I rely on fuel.”

How inflation impacts average consumers depends on what they buy, Groshen said. When inflation is higher, consumers either have to save less or spend more than they planned.

For Kate Palermo, 38, who goes grocery shopping at least once a week, she plans more about what she’s going to buy from the grocery store because of its higher prices.

“I was never much of a meal prepper,” the stay-at-home mom and Dunkirk resident said. “When we lived in Washington, I would daily walk to the market there, and I would see what I’d want to cook that night. But now…it’s easier and more sufficient to kind of prepare for the week.”

Keith Chapman, 69, of Upper Marlboro, said rising gas prices have caused him to cut back on visiting his grandkids and going out.

“It’s ridiculous now,” the retiree said. “(Everything’s) going up except your paycheck.”

Groshen thinks the rise in prices is likely temporary, explaining that slowing bond purchases, which the Federal Reserve earlier announced, and increasing interest rates will help cool off inflation.

“Now we don’t know exactly how long temporary is,” she added.

“I’ve been waiting, thinking this is gonna subside,” said Torey Milton, a 26-year old Millersville resident who works at the Naval Academy in Annapolis, talking about rising gas prices.

“Normally as soon as the fall hits the prices kind of fluctuate, but I thought things would have kind of gone back to normal now,” he said. “So I will have to adjust my budget now.”