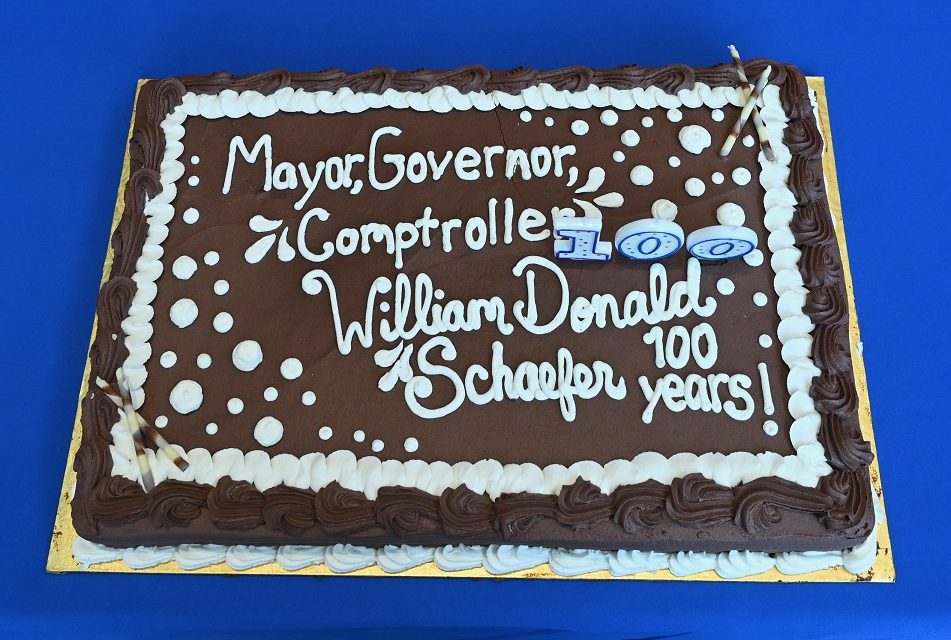 Current and former state and local officials honored the late William Donald Schaefer, who served as Baltimore mayor, governor and comptroller, on his 100th birthday Tuesday at a ceremony in Baltimore's Inner Harbor. Governor's Office photo by Joe Andrucyk

PROVIDERS GET OK TO VAXX KIDS: The state has given the green light for health care providers to begin vaccinating young children against the novel coronavirus, Gov. Larry Hogan confirmed Wednesday, Bryan Renbaum reports for MarylandReporter. The CDC gave emergency use approval for the Pfizer BioNTech COVID-19 vaccine in children ages 5-11 on Tuesday evening. The FDA gave emergency use approval for the pediatric vaccine last week.

HOGAN REDISTRICTING PANEL FINALIZES ITS MAPS: Bennett Leckrone of Maryland Matters writes that the Maryland Citizens Redistricting Commission, created by Gov.Larry Hogan, finalized its redistricting proposals at a Wednesday evening meeting. Commission members voted 8-1 to approve of congressional maps and unanimously to approve legislative maps. Those maps, which are available online, are vastly different from the state’s current configuration because commissioners started from scratch and didn’t use existing districts to begin with.

JUDGE DISMISSES JOBLESS WORKERS’ SUIT AGAINST STATE: A Baltimore judge dismissed a lawsuit against the state and Maryland Labor Secretary Tiffany Robinson that had been filed on behalf of unemployed workers whose claims are sitting in “purgatory,” finding that they can’t use courts to circumvent the claims and appeal process, Justin Fenton of the Sun reports.

BPW OKs $45M MORE FOR CONSULTANT ON TOLL ROADS PLAN: The Maryland Board of Public Works approved an additional $45 million Wednesday for the engineering consultant assisting the state with its plan to add express toll lanes to part of the Capital Beltway and Interstate 270, Katherine Shaver reports for the Post.

COURT TO ALLOW ‘CHURCH MILITANT’ RALLY IN B’MORE: The U.S. 4th Circuit Court of Appeals has upheld a decision by a federal judge to allow a prayer rally headlined by Milo Yiannopoulos and Steve Bannon to proceed at Baltimore’s Inner Harbor this month over the objections of Baltimore officials, Emily Opilo of the Sun reports.

GOV HOPEFUL ROSENBAUM AIRS CAMPAIGN ADS: Maryland gubernatorial hopeful Mike Rosenbaum is the first in the crowded field to air campaign ads, which will be seen on streaming TV services such as Hulu and YouTube, Pamela Wood of the Sun reports. The Democrat launched the ad campaign on Wednesday across social media and “connected TV” services that will run for two months at a cost in the “low six figures.”

GREENBELT VOTES FOR REPARATIONS STUDY: Residents of Greenbelt voted overwhelmingly Tuesday to form a commission that will study whether Black and Native American residents should receive reparations — launching the city into its next phase of considering how to repay those populations for generations of historical wrongs, Rachel Chason of the Post reports.

CARROLL TRANSIT HALTS SERVICE AFTER COVID EXPOSURE: Carroll Transit System will temporarily halt all services Thursday, including dispatch, due to a COVID-19 exposure within the company. The stoppage will continue through Monday with services anticipated to resume Tuesday, Madison Bateman of the Carroll County Times reports. 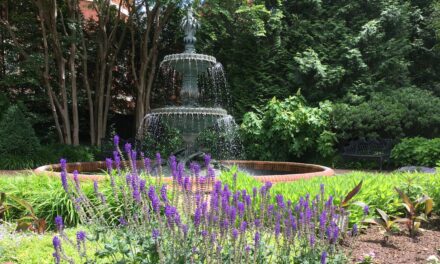