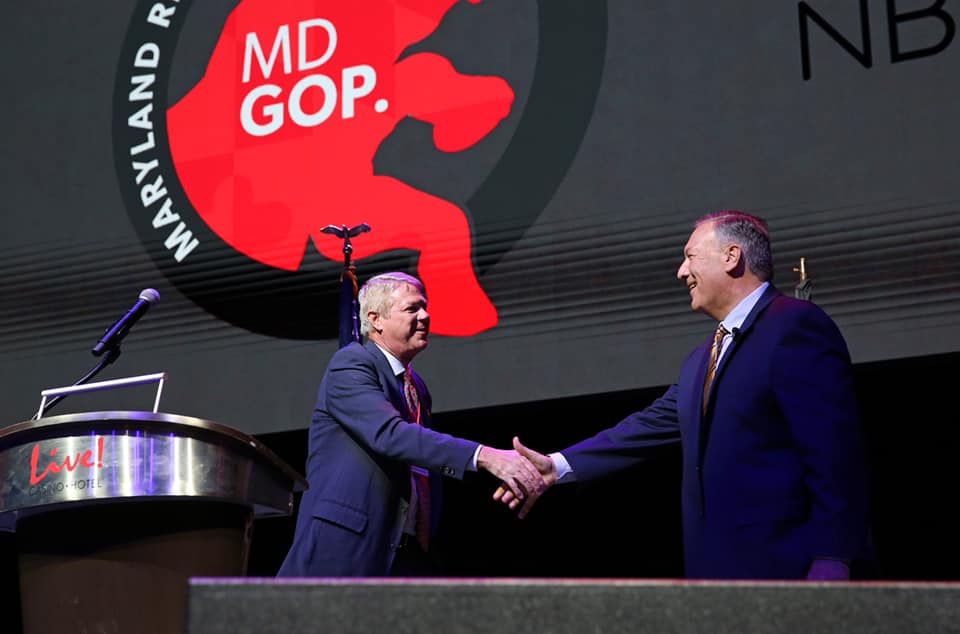 SWEEPING POLICE REFORMS BEGIN TO GO INTO EFFECT FRIDAY: Soon, when someone dies at the hands of police in Maryland, a new team of independent investigators will show up at the scene and sort out what happened. And when misconduct complaints are made against officers, they will be public. The changes are part of the sweeping police reform laws passed by the Maryland General Assembly earlier this year that begin to go into effect Friday. Jessica Anderson and Pamela Wood report in the Baltimore Sun.

STATE OKs USE OF PFIZER BOOSTER SHOTS: Gov. Larry Hogan said Friday that state health officials have authorized the immediate use of COVID-19 booster shots for Marylanders who have received two doses of the Pfizer vaccine, Bryan Sears of the Daily Record reports. The governor’s announcement is in line with new authorization from the Centers For Disease Control and Prevention.

HOGAN TOLL ROADS PLAN GETS REBRANDED: The Maryland Department of Transportation’s “I-495 & I-270 P3 Program” is history. No, the agency has not pulled the plug on its plan to add variably priced toll lanes to the two highways. But it is undertaking a major rebranding of the controversial project, Bruce DePuyt of Maryland Matters reports.

WHAT HAPPENED WITH FROSH’s PROBE INTO CATHOLIC SEX ABUSE: Three years after it became public that Maryland Attorney General Brian Frosh was investigating child sexual abuse in the Catholic church, abuse survivors are wondering: Is he building a case, or has the probe stalled? Alison Knezevich of the Sun writes about where the probe stands now.

U.S. DEPTY HUD SECTY VISITS B’MORE: The U.S. Deputy Secretary of Housing and Urban Development visited Baltimore Friday, where she met with city officials and stopped by the medical clinic Health Care for the Homeless, Sarah Kim of WYPR-FM reports. Adrianne Todman, who was sworn in in June, said this was her first in-person tour of a city as HUD’s deputy secretary.

LYNCHINGS & NEWSPAPERS: In an article for the Cumberland News -Times, Teresa McMinn, in collaboration with the Allegany County Lynching Truth and Reconciliation Committee, writes about the complicity that newspapers of the time played in fomenting misinformation that lead to more lynchings.

PUBLIC SCHOOLS FACE BUS DRIVER SHORTAGE: Many counties in Maryland are still seeing impacted school bus routes as they face a shortage of drivers. In Baltimore City, the school system is offering a $250 stipend to parents if they transport their own children to school this month. Administrators said it’s possible the transportation stipend could extend beyond September, Elijah Westbrook reports for WBFF-TV.

COVID CASES PLATEAU IN D.C. REGION: Coronavirus cases appear to be stabilizing in D.C., Maryland and Virginia, with early signs of decline in the D.C. metro region — giving health officials hope that the area’s vigorous vaccination campaign has paid off, Rebecca Tan reports in the Post. More than 10.5 million residents — or about 70% of the total population — have been at least partially vaccinated, exceeding the national rate.

B’MORE CHILD IN ICU WITH COVID-19: A 12-year-old Baltimore City Schools student is in a battle for her life after getting COVID-19, Ray Strickland of WMAR-TV reports. “It’s so hard because you can’t do nothing,” her mother Jacorey Barney said. “You can’t take her place.” Barney said she’s feeling helpless as she watches Janiya try to fight off the virus.

MO CO SCHOOLS TO ROLL OUT TESTING PROTOCOL TO AID ATTENDANCE: In another effort to limit the number of students forced to quarantine when possibly exposed to COVID-19, the Montgomery County school system plans to soon roll out a “test-to-stay” protocol. Caitlynn Peetz reports for Bethesda Beat. The initiative is gaining popularity across the country as school districts try to balance the need for in-person instruction with the need to limit the spread of COVID-19.

4 MAPS CONSIDERED FOR CARROLL REDISTRICTING: Four proposed maps are being considered by a seven-member redistricting committee to ensure each of the five Carroll County commissioner districts continue to have an equal population, Madison Bateman reports for the Carroll County Times.

STATE TRANSIT, FREDERICK OFFICIALS TO MEET: State transportation officials and Frederick County leaders will meet virtually Wednesday evening to discuss transportation priorities and investments in the county. The annual meeting is the seventh in the Maryland Department of Transportation’s tour of the state’s 23 counties and the city of Baltimore to discuss the draft fiscal 2022-2027 Consolidated Transportation Program. Ryan Marshall reports in the Frederick News-Post.

HOTEL UNION PUSHES FOR REHIRING: David Costello — whose company, IMH Columbia LLC, received more than $2 million in federal pandemic funds to help offset payroll — has shown no inclination to bring more than 100 hotel workers back to work. And the hotel workers’ union is now questioning how Costello has been able to benefit from the Paycheck Protection Program and not recall his workers. Ovetta Wiggins reports in the Washington Post.

TOY STORE CLOSES SO OWNER CAN RUN FOR B’MORE COUNCIL: After two decades of selling toys and creating community in Fells Point for families and caregivers, aMuse Toys, one of the last specialty toy stores in Baltimore, is closing its doors. The trove of puzzles, puppets and games will shut down Thursday as Claudia Towles, who owns the store with her husband, Tom Towles, makes a bid for Baltimore City Council, Rose Wagner of the Sun reports.