MARYLAND CONTINUES TO ENJOY HIGH DIVERSITY RANKING: When it comes to diversity, Maryland continues to show that it ranks as one of the best in the nation, according to a recent study and census data. And that ranking may be because of education. “Maryland has great educational institutions and quite often the more educated one is, the more open one is to new thoughts, ideas, and people,” Howard County Chamber of Commerce President and CEO Leonardo McClarty told Bryan Renbaum of MarylandReporter.com.

SPORTS BETTING PANEL WORKS ON EQUITY ISSUE: A state panel charged with setting up a process for awarding sports betting licenses has begun work on regulations to ensure minorities and women will have an opportunity to own a piece of the action, Bryan Sears of the Daily Record writes. The effort to establish a framework for awarding licenses begins as state gaming regulators eye the awarding of some guaranteed licenses.

ATTORNEY CHALLENGES STATUE-OF-LIMITATIONS SUSPENSION: Maryland’s then top judge violated the state Constitution by suspending the deadline for filing civil claims when she closed the clerks’ offices to stanch the spread of the COVID-19 virus, a civil-defense attorney told Maryland’s top court Monday, Steve Lash of the Daily Record reports.

BA CO STATE’S ATTORNEY HAS FIRST PRIMARY CHALLENGER: Attorney Robbie Leonard said he will run against Baltimore County’s incumbent State’s Attorney Scott Shellenberger in next June’s Democratic primary, marking the first time Shellenberger has been challenged in a primary since he was first elected in 2006. Leonard, an attorney of 13 years who currently serves as secretary of the Maryland Democratic Party, sees a changing political tide in Baltimore County when it comes to criminal justice reform, reports Taylor DeVille for the Sun.

MORGAN PROF SUES FOR PAY DISCRIMINATION: Professor Leah Hollis has built a career studying workplace bullying in higher education, examining how it affects women and people of color. At Morgan State University, she alleges in a federal lawsuit, she experienced that subject firsthand. In a complaint filed this summer, Hollis says the school has paid her tens of thousands of dollars less than men in her department “despite credentials that parallel or exceed those of her male colleagues” — and then denied her tenure and blocked her promotion to full professor when she complained about unequal pay, Alison Knezevich reports in the Sun.

NPR WINS RIGHT TO USE AUDIO FROM CAPITAL GAZETTE TRIAL: National Public Radio won a portion of its lawsuit Tuesday against two Maryland judges in which it challenged the state’s broadcast ban on court proceedings. U.S. District Court Judge Richard D. Bennett ruled that in the case of NPR’s podcast, Embedded, the broadcast ban is unconstitutional. The case revolves around the right to broadcast audio recordings of the trial of the Capital Gazette shooter, McKenna Oxenden of the Sun reports.

THAMES REAPPOINTED TO ETHICS PANEL: Geneau Thames, Harford Mutual Insurance Group’s assistant vice president, general counsel and secretary, has been reappointed by Gov. Larry Hogan to serve another term on the Maryland State Ethics Commission. She was sworn into the commission in July and will serve a five-year term, according to the Aegis.

4 COUNTY EXECS MEET TO DISCUSS CLIMATE CRISIS: Less than a month after remnants of Hurricane Ida tore through Annapolis and inundated parts of Maryland with floods, county executives from some of the state’s largest jurisdictions met this week to discuss how local leaders can counter the climate crisis and educate residents on climate issues. The four leaders, who were all elected in 2018, have already faced climate emergencies during their short time in office, and all have put together comprehensive plans to confront the crisis, Elizabeth Shwe of Maryland Matters reports.

LOCAL PARKS STRUGGLE WITH STAFF, FUNDING SHORTAGE: In the wake of a visitor surge so great that Maryland state parks turned people away 292 times last year amid the COVID-19 pandemic, local leaders say that county and municipal parks also are struggling with too little staff and funding to meet continuing demand. Elizabeth Shwe of Maryland Matters reports.

CARROLL SEEKS MORE COVID TESTING WITH COMMUNITY TRANSMISSION: As Carroll County continues to switch between the classifications of substantial and high COVID-19 community transmission, the health department is working toward providing more access to testing for residents, Madison Bateman of the Carroll County Times reports.

WA CO RETIREES WHO WORKED DURING COVID TO GET BONUS: Washington County government retirees who worked during the COVID will receive bonus pay for their efforts, Mike Lewis of the Hagerstown Herald-Mail reports. The county commissioners Tuesday approved the premium pay program. It mirrors the one for current county employees, which the commissioners created in August.

ARUNDEL ED BOARD TO VOTE ON $193M CAPITAL BUDGET: The Anne Arundel Board of Education will hear from the public and vote on Superintendent George Arlotto’s proposed $193 million capital budget request for fiscal year 2023 during its meeting Wednesday evening. The $193 million request is about 17% smaller than Arlotto’s fiscal year 2022 request, Rachael Pacella reports for the Capital Gazette. 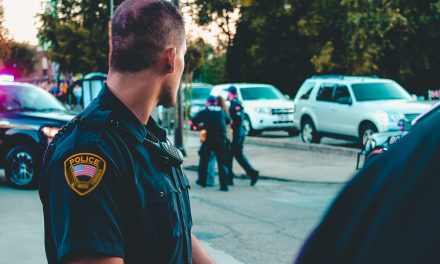