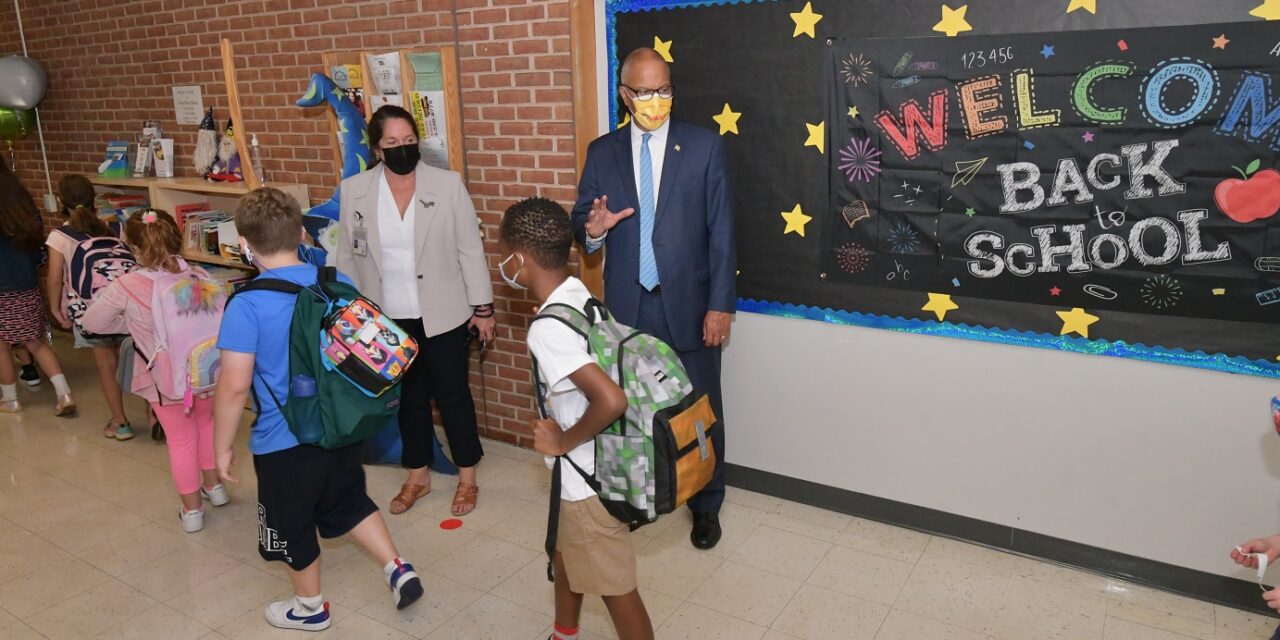 EVICTIONS COULD BEGIN THIS MONTH: In the wake of the U.S. Supreme Court’s decision to strike down a pandemic-related federal ban on some evictions, families in Maryland and elsewhere could begin losing their homes later this month despite the availability of a massive amount of available federal rental assistance money designated for landlords, Hallie Miller and Billy Jean Louis report for the Sun.

REDISTRICTING MAPS CONFIDENTIAL UNTIL PANEL FREES THEM: Maryland’s General Assembly will have the final say over the state’s next set of congressional and legislative maps, and legislative leaders’ bipartisan redistricting commission held its first meeting Tuesday evening, Bennett Leckrone reports for Maryland Matters. The Department of Legislative Services will be responsible for drawing maps based on the commission’s input, commission chair Karl Aro said, adding that the map drafts will be confidential until the commission is ready to release its proposal to the public.

FREDERICK LEADERS CONCERNED ABOUT GOV’s TOLL LANE PLAN: Frederick city and county leaders on Tuesday voiced concerns about a toll lane proposal for Interstate 270 and part of the Capital Beltway, including whether the proposal would benefit commuters equitably, its potential impact on the climate and whether it would meaningfully decongest commuter traffic along the corridor, Jack Hogan reports for the Frederick News Post.

STATE SUBMITS ARPA FUNDS PERFORMACE REPORT: Gov. Larry Hogan on Tuesday announced that the state submitted its first American Rescue Plan Act recovery plan performance report, as is required by the U.S. Department of the Treasury in accordance with provisions of the unprecedented federal relief package, which directed $3.7 billion in federal aid to Maryland, Kevin Kinnally reports for Conduit Street.

MASKLESS AUDIENCE PUSHES ARUNDEL SCHOOL BOARD TO REMOTE SESSIONS: Citing safety concerns after the last school board meeting was forced into a recess when audience members refused to wear face masks, the Anne Arundel County Board of Education will not allow in-person attendance at its meeting Wednesday, Rachael Pacella of the Capital Gazette reports.

ARUNDEL SUPER TOUTS VAXX, MASKING: Anne Arundel County Schools Superintendent Dr. George Arlotto says all students will be required to wear masks when classes begin next Monday and he likes the idea of all teachers and staff being vaccinated. He told WBAL’s C4 and Bryan Nehmann that many county teachers and staff were vaccinated back in February, March and April, and he is anxious to get information about when booster shots will be available.

B’MORE ANNOUNCES VAXX POLICY FOR CITY WORKERS: Baltimore Mayor Brandon Scott announced a new vaccination policy for city workers, which will go into effect on Monday, Oct. 18, 2021. All employees who are not fully vaccinated will be required to produce a weekly negative test result in order to report to work, Victoria Maas reports for Conduit Street.

CARROLL COVID CASE TOTAL UP 30%: Carroll County’s coronavirus case total increased by more than 30% last week, rising to a level not seen since April. And the county health department reported one resident died last week as a result of COVID-19, Madison Bateman reports for the Carroll County Times.

***TRANSFORMATION TO THE GRID OF THE FUTURE: Regulators are implementing directives to transform the grid for the future. What impacts can ratepayers and consumers expect to result from FERC Order 2222 and Maryland Order PC 44? This FREE webinar on September 14th examines the deployment of distributed resource markets for load balancing and reliability, and kicks off the Maryland Clean Energy Center’s Connecting to the Energy Economy Speaker Series.***

SOME HOWARD LIVE THEATERS DELAY SHOWS: Curtains were expected to rise across Howard County theaters this fall as live audiences were set to return for performances for the first time since the coronavirus pandemic darkened stages in March 2020. With the more contagious delta variant on the rise, however, theater companies have had to make decisions on how best to proceed, Katie Jones reports in the Howard County Times.

PG COUNCIL MEMBERS RALLY AROUND BAKER FOR GOV: Four years ago, then-Prince George’s County Executive Rushern L. Baker III (D) struggled to rally county leaders behind his first run for governor. But on Tuesday — to show that he has strong rapport with the local elected leaders who know him best — the former two-term executive basked in endorsements from nine members of the 11-member panel, Bruce DePuyt of Maryland Matters reports.

GOV HOPEFUL MOORE TOUTS ‘TRAUMA INFORMED’ ADMIN: Wes Moore, who is running for the Democratic nomination for governor in next year’s election, says one of his policy priorities would be creating a “trauma-informed” administration, reports Sarah Kim for WYPR-FM. “You cannot understand anything else that’s taking place within the state of Maryland without understanding the role that trauma is playing,” Moore told a policy roundtable Monday.

HARFORD BREWERY TO MOVE TO PA AFTER MORATORIUM, POSSIBLE RESTRICTIONS: The owners of AleCraft Brewery in Bel Air had plans to expand its operations in Harford County, but are now taking their business to Pennsylvania after the county council enacted a moratorium on farm breweries and a committee began entertaining some of the most restrictive regulations in the state on such businesses, James Whitlow of the Aegis reports.