SENATE PASSES SAME-SEX MARRIAGE: The Senate passed the same-sex marriage bill with a 25-22 vote Thursday night, setting up the bill for a quick signature from Gov. Martin O’Malley and a promised referendum in November, Megan Poinski and Justin Snow report for MarylandReporter.com.

The vote ends a year of drama in Annapolis over the issue, reports The Washington Post’s Aaron Davis.

The Post’s Marc Fischer writes about how some pastors of black churches who fought for civil rights in the 1960s are stung by being told they are on the wrong side of history for their stance on same-sex marriage.

In a story run by the Annapolis Capital and several other newspapers, Sarah Breitenbach of the Associated Press writes that when O’Malley signs the bill, which he sponsored, Maryland will become the eighth state to legalize same-sex marriage.

While the bill faced a difficult road to passage in the House of Delegates, The Washington Times’ David Hill wrote that the route was much smoother in the Senate.

Sen. Allan Kittleman, the only Republican to vote for the bill, said that it was all about modifying the definition of marriage in a civil way, reports The Diamondback’s Jim Bach.

Bethany Rodgers of the Frederick News-Post reports that about a quarter of the more than two-hour debate time belonged to Frederick Sen. David Brinkley, who read a 10-page constituent letter on the Senate floor.

The Examiner’s Rachel Baye reports that opponents of same-sex marriage have vowed to collect the 55,726 signatures they would need to put the issue on the November ballot.

Bryan Sears of Patch.com has how senators from Baltimore City and Baltimore County voted. Patch.com also has some of the top tweets during the debate from reporters, lawmakers, and observers.

Brett Lake of the Carroll County Times asks some local residents how they feel about the bill’s passage. Leadership in some Montgomery County groups also gives its feedback in Daryl Buchanan’s Sentinel story.

Tons of TV cameras were in the chamber for the debate. Watch the television news from WBAL, WMAR, WBFF and WJZ. Listen to audio coverage from Duane Keenan for MarylandReporter.com, WBAL’s Robert Lang, WYPR’s Joel McCord, and WTOP’s Kate Ryan.

SOCIAL ISSUES TRIUMPH: The same-sex marriage issue in Maryland is an example of how it seems that social issues are gaining more traction in state legislatures nationwide, report David Hill and David Sherfinski of The Washington Times.

O’MALLEY PUSHES WIND POWER: Gov. Martin O’Malley testified before the House Economic Matters Committee on Thursday that the environmental and economic benefits of wind power would outweigh the cost to ratepayers, reports The Post’s Greg Masters.

O’Malley told delegates that wind power was a big undertaking, but not out of the state’s grasp, reports David Hill of The Washington Times.

Three amendments to O’Malley’s offshore wind farm legislation were circulating Thursday in an effort to allay industry concerns about the cost of wind-generated electricity, Margie Hyslop reports in the Gazette.

AAA RATING AFFIRMED: In advance of a bond sale planned in two weeks, Maryland’s AAA bond rating was affirmed on Thursday, according to an Associated Press story in The Daily Record.

Ryan Sharrow of the Baltimore Business Journal writes that the state is planning a $922 million bond sale.

ECONOMY FIRST: At a town hall meeting in Fruitland on Thursday, Rep. Andy Harris said he would like to fix the economy before taking action to remediate pollution in the Chesapeake Bay, reports the Salisbury Daily Times’ Jennifer Shutt.

NO MAIL MOVE: U.S. Sens. Ben Cardin and Barbara Mikulski are both trying to stop a study that is looking into costs of moving the mail sorting facility in Easton to Wilmington, Del., reports the Easton Star-Democrat’s Kelley Allen.

CENSURE NOT ENOUGH: The editorial board of The Daily Record writes that the General Assembly has worked hard and ultimately decided to slap Sen. Ulysses Currie on the wrist for his ethics violations.

LEAD PAINT PROTECTION: Large property owners are opposing a bill that could save them from up to $200,000 in damages in lead paint lawsuits, saying that the legislation is too costly, reports James Briggs of the Baltimore Business Journal.

WIDOW FOR WORK ZONE SAFETY: One of the people to testify against Sen. James Brochin’s bill to limit the use of construction zone speeding cameras was Laurie Moser, whose highway worker husband was struck and killed by a motorist, reports the Frederick News-Post’s Bethany Rodgers.

RETURN SERVICE WEAPON: Smithsburg law enforcement authorities testified Thursday on a bill that would let the family of a police officer killed in the line of duty have his service weapon, reports Andrew Schotz of the Hagerstown Herald-Mail.

RELIGION AND THE CONSTITUTION: A three-hour class on the religious philosophies of the Maryland Constitution being taught by a pastor and recommended to Carroll County employees and members of boards and commissions has some wondering if it crosses the line of the separation between church and state, reports Christian Alexandersen of the Carroll County Times.

FISCAL ISSUES: The Gazette’s Danielle Gaines writes that with half of the 90-day General Assembly session over, social issues will fade from debate as legislators gear up to address the state’s budget.

BALLOT EXCITEMENT: Republicans and Democrats say statewide referendum questions on same-sex marriage and in-state tuition for illegal immigrants will motivate their key constituencies to vote in November, Benjamin Ford reports in the Gazette.

TUITION PREMIUM: University officials in Maryland are discussing charging undergraduates in science and engineering more than other students, at a time leaders are emphasizing the need to attract such majors, Andrew Ujifusa reports in the Gazette.

DEATH PENALTY: Danielle Gaines of the Gazette writes that advocates are hopeful they can get repeal of the death penalty this session.

TAX OPTIONS: Gazette columnist Barry Rascovar writes that the governor has left Mike Miller and Mike Busch with the tough job of salvaging and revamping proposals to raise taxes. 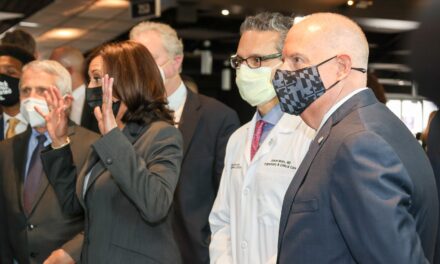