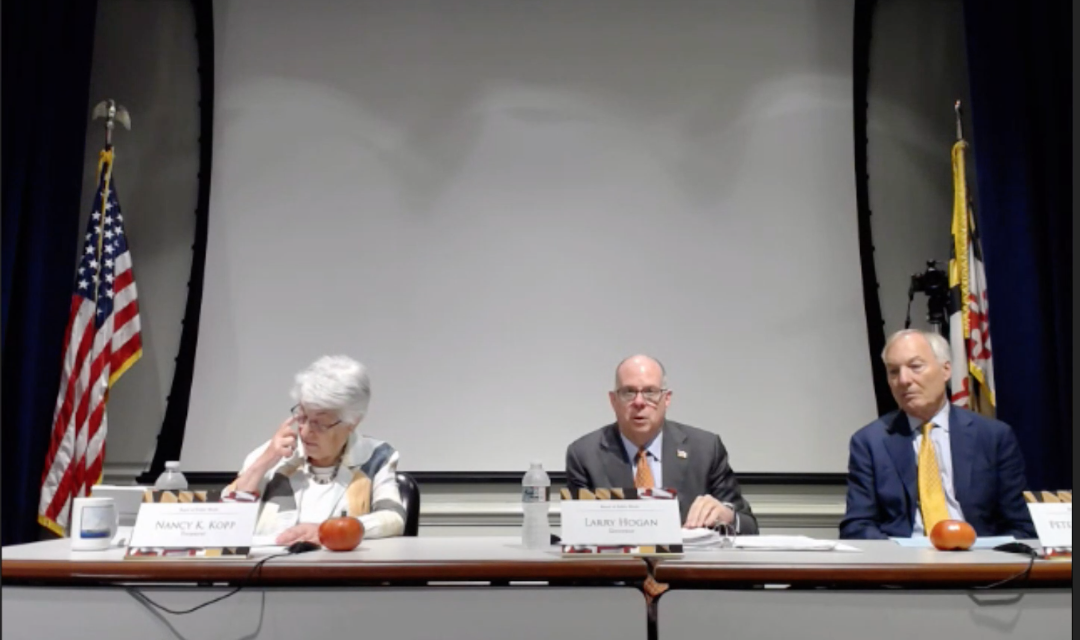 Traffic congestion relief is on the way for Marylanders who live in the Washington, D.C. metropolitan region following a Wednesday afternoon vote by the Board of Public Works to move forward with a $54 million contract to begin pre-development work on an ambitious Capitol Beltway expansion plan.

The Hogan administration’s three-phase plan calls for the creation of high occupancy toll lanes along portions of the I-270/I-495 corridor, which will eventually span from the American Legion Bridge along the Potomac River 37 miles north to Frederick. It also calls for the American Legion Bridge to be replaced with a newer bridge. All told, the entire project is expected to cost about $6 billion and take about ten years to complete.

The four-hour meeting included testimony from more than 50 individuals. Gov. Larry Hogan and Comptroller Peter Franchot voted to advance the contract and a 5o-year lease for the project while Treasurer Nancy Kopp voted to reject both of the agenda items.

“This traffic relief plan is a win for families, commuters, and small businesses. And it will finally begin to solve the soul-crushing, worst-in-the-nation traffic that people have failed to address for 50 years,” Hogan said at the beginning of the meeting. “This project has the support of the overwhelming majority of Marylanders, and was recently advanced by the regional Transportation Planning Board.”

Transportation Secretary Greg Slater echoed similar sentiments to the governor in his 25-minute testimony to the panel. Slater noted that 83% of the state’s highways are congested, which is substantially greater than that of most states in the nation.

Slater emphasized that the proposal before the panel was not a “construction contract” but merely a pre-development agreement. Slater went to great lengths to assure the panel that the labor contracting process for the project would be open to all and would include union as well as non-union contractors. Slater reassured the panel that construction would not commence until all environmental concerns had been addressed. And Slater said the project will not preclude the possibility of public transit on the American Legion Bridge.

But Kopp said she could not in good conscience even consider voting to approve the contract and lease until a state study examining the environmental and fiscal impacts of the project has been completed.

Kopp noted that she lives only five miles away from where the American Legion Bridge is located and that she is not insensitive to the concerns of commuters but simply wanted to have the necessary information before casting a vote on the proposal.

Kopp was not alone in expressing that concern.

“You would be better off with more complete information,” Montgomery County Executive Marc Elrich said in urging for a more comprehensive environmental impact study.

“If you don’t start with the right questions, you won’t get the right answers.”

Before casting the deciding vote, Franchot, who is running for governor, questioned Slater for about 15 minutes on issues that ranged from the environmental impact of the project to minority participation in the contracting process.

Franchot emphasized that while he understands the concerns of those who wished to delay the vote pending more information, the traffic congestion issue is one that needed some sort of immediate action. And the comptroller noted that the administration had done much to allay some of the concerns he had had with the original beltway expansion proposal that was introduced several years ago.

Senators concerned about nitrogen pollution from Pa. in the bay