This is an expanded version of a column that appears in the August issue of The Business Monthly newspaper, serving Howard and Anne Arundel counties.

The headlines are full of worries about mounting voter suppression in many states, such as Texas, Georgia, and Wisconsin. But Maryland has long had its own form of voter suppression that goes largely unnoticed.

Maryland politicians — mostly Democrats since they are in charge of the duopoly of political power here – proudly point to how easy it is to register and vote, early and by mail too. The only identification you need to cast a ballot is your name, birthdate, and signature. This makes it easier to vote than it is to cash a check, rent a car or fly in an airplane.

Left out of chest-puffing pride is how badly Maryland treats voters who do not choose to participate in the duopoly by refusing to register as a Democrat or Republican.

Every state does that, don’t they? Actually, no, they don’t, including some of the states that Democrats most like to criticize.

The worst practices in Maryland are reserved for voters who choose to register as “unaffiliated,” not even willing to grant them the more honorable and less pejorative designation of “independent.” (The same treatment is dished out to the much smaller number of voters registered with the teensy parties, like the Greens and Libertarians.)

Overall, 19% of Maryland voters are unaffiliated, below the national average. The share of independents is even higher in Howard County (23.7%) and Montgomery (22.6%). Independents outnumber Republicans in both, according to statistics derived from State Board of Elections reports.

Maryland has closed primaries. Only party members can vote in a party primary.

According to Ballotpedia.org, a great source for reliable, unbiased election information, 19 states don’t even require voters to register by party — Virginia, Texas, Georgia, and Wisconsin among them — so primaries are open to all. In other states, independents can vote in whichever primary they choose – in Massachusetts, for instance, where 58% voters are independents, and in West Virginia. Some states force independents who choose to vote in a party primary to join that party, at least temporarily, such as Rhode Island (48% independents).

It’s well-documented that “independents” actually vote consistently for one of the two major parties in general elections. But in a majority of states, they get a say in primaries. Not Maryland.

Maryland’s two largest counties, Montgomery and Prince George’s have no Republican elected officials. The Democrats elected there are some of the most liberal in the state, reflecting the leftward move of that party. In Maryland’s smaller, more rural counties of the Eastern Shore and western Maryland, the situation is flipped. All the elected officials are Republicans, often reflecting the move to the right of their more conservative party.

Primary elections were instituted as a way to take the selection of candidates out of the hands of party bosses and political machines. Primaries now have become the tool of the ideological activists in both parties. Open primaries, at least allowing unaffiliated independents to vote, would temper that trend.

That seems to be what more Maryland voters want. Take Larry Hogan, as Maryland voters did twice. Hogan by personal inclination is fairly conservative, but he must govern from the center, displeasing both the far left and the far right. Hogan is no moderate, the left says. But if you drive in the far-left lane, the center lane may look like the far right. In the 2018 election, he defeated Ben Jealous, arguably the most progressive of the Democrats in the primary.

The mistreatment of Maryland’s independent voters is most egregious in judicial elections.

Judges should arguably be the least partisan of officials, whose only ideology is the constitution and laws. Yet, circuit court judges appointed by the governor must run in contested elections, but they are not nonpartisan. In the primary, the judges and their challengers appear on both the Democratic ballot and the Republican one. Independents get no say in the judicial primary election. If judges win the primary in both parties, they are home free, without a nod from independents.

These supposedly nonpartisan races have become increasingly partisan and racialized, with white male candidates losing to black Democratic challengers. In Howard County, the supposedly nonpartisan school board races – the only office for which independents can vote in both the primary and general elections – have grown more partisan too, with Democratic legislators endorsing a candidate in the past election.

Drawing legislative district lines has been an ancestral practice. The term “gerrymander” was invented two centuries ago.

Maryland’s partisan gerrymandering of legislative and congressional districts makes the votes of some citizens worth more than others. Incumbents, mostly Democrats, get to choose their constituents rather than the voters getting to choose who represents them. Voters can be packed into a district to make it more partisan, like Republicans in CD1, or “cracked” in a district to give the opposite party more weight, like Republicans in CD6. 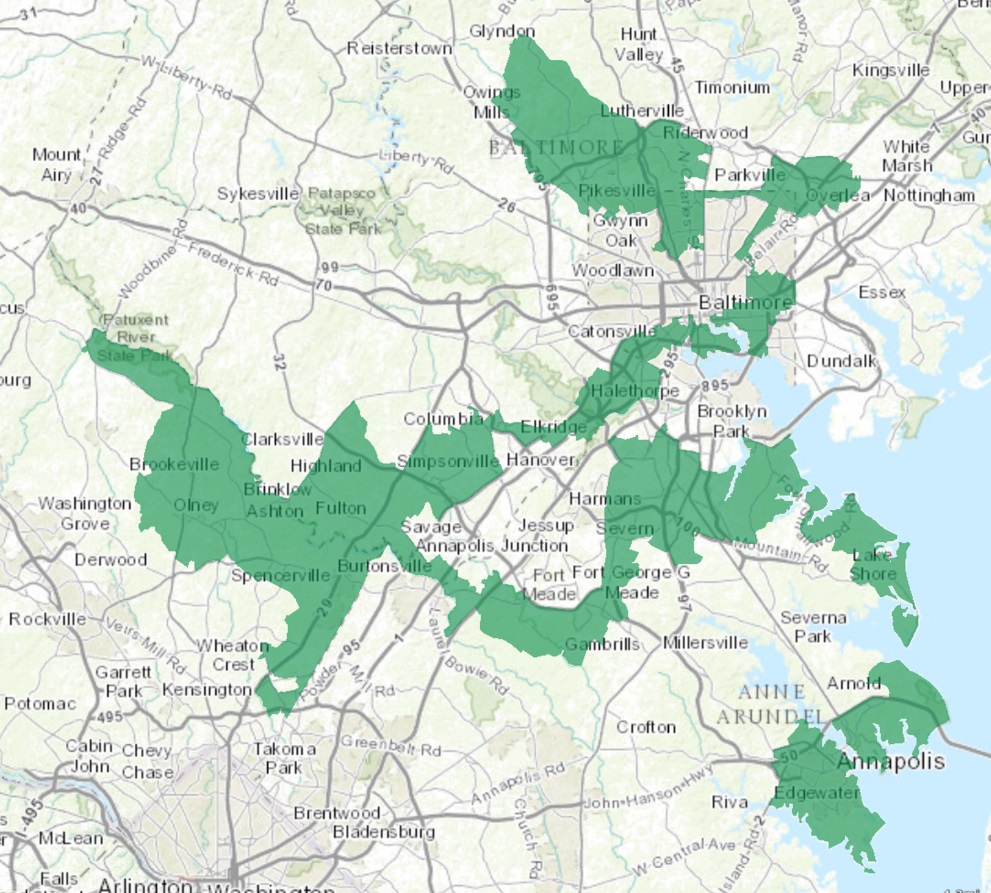 The congressional districts drawn a decade ago are rightly considered among the most outlandish contraptions in the country. Howard County is sliced into three congressional districts and Anne Arundel County, which amounts to about three-quarters the size of the average congressional district, is split into four. The ridiculous Third Congressional District stretches from Glydon in northern Baltimore County through Columbia to Silver Spring, jumping across the Magothy River to Annapolis, to which the rest of the district has no connection by land.

John Sarbanes, who represents this “broken-winged pterodactyl” as one federal judge called, wants to fix gerrymandering nationwide as the lead sponsor of the For the People Act, which seems unlikely to pass the U.S. Senate. Maybe he ought to ask the legislature to just fix it at home. But setting a good example like this would represent “unilateral disarmament” against GOP-dominated states, Democrats complain. (This is the “Tommy started the fight, Mom” justification.)

This means some rural GOP districts have 10% more people than urban Democratic districts. The use of one-, two- and three-member House of Delegates districts was also used to benefit the Democratic majority, rather than reflecting county or community boundaries. The demand for equity doesn’t seem to apply to redistricting.

The latest round of redistricting for General Assembly seats using the 2020 census numbers promises to be as partisan. Hogan has been campaigning for an independent, nonpartisan commission to draw the lines since his first term. The legislature has never seriously debated his proposal.

By executive order, he has appointed yet another “independent” commission of his own.

Maryland’s constitution gives governors a strong role in the legislative redistricting process. But it also allows the legislature to draw its own maps for the districts they represent. All they need is a simple majority to enact a plan; the governor cannot veto it.

That’s exactly what the legislature’s Democratic leaders plan to do. The Senate president and House speaker set up a commission that includes themselves, the majority leaders of both houses, and the minority leaders — four Democrats, two Republicans. The advisory commission will be chaired by Karl Aro, the former director of the supposedly nonpartisan Department of Legislative Services. Aro is an expert on redistricting. He led the staff that helped draw up the awkward, Democratic-leaning legislative districts 10 years ago.

The leaders called the process “bipartisan,” but notice that is not “nonpartisan.” Nor is there any hint in their announcement that independent voters have any part in the process.

“Bipartisan” sounds like it includes all viewpoints, but it’s just another word for control by the duopoly.