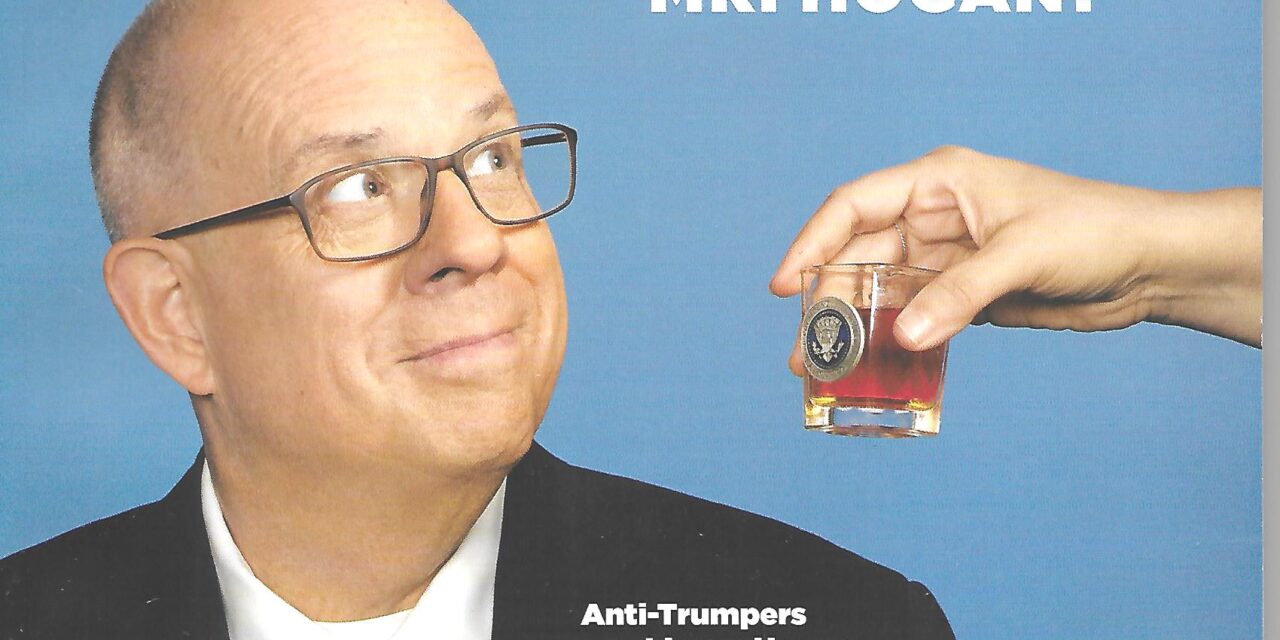 We linked to the long Washingtonian magazine story about Gov. Larry Hogan a while back, but we didn't know it was the cover story, accompanied by an extensive photo shoot. Here is a link to the balanced story by Luke Mullins. https://www.washingtonian.com/2021/06/25/larry-hogan-2024/ 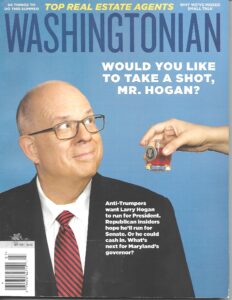 We linked to the long Washingtonian magazine story about Gov. Larry Hogan a while back, but we didn’t know it was the cover story, accompanied by an extensive photo shoot. Here is a link to the balanced story by Luke Mullins. https://www.washingtonian.com/2021/06/25/larry-hogan-2024/

HEARING FRIDAY ON ENHANCED JOBLESS BENEFITS: Attorneys for Gov. Larry Hogan and a group of unemployed workers will return to Baltimore City Circuit Court Friday for a hearing on a order that could require the state to continue participating in a federal program that provides supplemental unemployment payments, Bryan Sears of the Daily Record reports.

GARDNER MOVE AN EFFORT TO RESTART HIGHWAY PLAN: Efforts to revive a beleaguered highway project in Montgomery County took a step forward on Tuesday, when Frederick County Executive Jan Gardner appointed herself to a regional panel that plays a key role in transportation decisions, Bruce DePuyt reports for Maryland Matters. The Frederick County Council confirmed Gardner’s nomination to the National Capital Region’s Transportation Planning Board by a 6-0 vote, with one abstention.

UNVAXXED WERE ALL OF STATE’s COVID DEATHS IN JUNE: Unvaccinated people made up all of Maryland’s reported coronavirus deaths last month, as well as the vast majority of new cases and hospitalizations, the state reported Tuesday — data that public health officials say demonstrates the effectiveness of vaccines, Jenna Portnoy and Ovetta Wiggins report for the Post.

UNEVEN POST-PANDEMIC REOPENING: The post-pandemic reopening process has come in fits and starts, reports Emily Opilo of the Sun. In April, Maryland courts resumed full operations, including jury trials. A month later, the Maryland State House reopened its doors to the public. But in Baltimore, which has lagged behind much of the state increasing its coronavirus vaccination rate, city officials announced just last week that they’ll begin restoring public-facing services, such as bill-paying windows and permitting services on Aug. 15.

UNKNOWN B’MORE RESIDENT WINS STATE COVID VAXX LOTTERY: Are you a Baltimore City resident who has been vaccinated against COVID-19? You may already be a winner. Maryland health officials are trying to reach a Baltimore resident who won the $400,000 jackpot from the state’s vaccine lottery. That’s about $268,000 after taxes, Christina Tkacik reports in the Sun.

TENANT ATTORNEYS EXPECT SURGE OF EVICTIONS: Attorneys who represent tenants across Maryland are bracing for a surge of evictions in the coming weeks, saying it’s unclear whether rental assistance programs or the lingering slowdown in the state’s courts will  stave off many of those proceedings. An eviction moratorium from the Centers for Disease Control and Prevention is set to expire at the end of July, and on the state level, an order from Gov. Larry Hogan will end Aug. 15, Eric Neugeboren reports in the Daily Record.

76-YEAR-OLD FREED FROM PRISON AFTERALL: A 76-year-old woman who was taken back into custody last month after not answering calls during a computer class from officials was ordered released Tuesday by a Maryland judge, Justin Moyer of the Post reports. After serving 16 years in federal facilities for dealing heroin, Gwen Levi moved to Baltimore to live with her 94-year-old mother, build relationships with her sons and grandchildren, and volunteer at prisoner-advocacy organizations as she searched for a job.

BA CO POSTPONES PLAN TO CURB IG POWERS: Baltimore County Executive Johnny Olszewski Jr.’s administration is postponing plans to introduce legislation curbing the powers of the county’s Office of the Inspector General after details of the draft proposal prompted backlash from groups that said it would hamstring the county’s corruption watchdog, Taylor DeVille reports in the Sun.

ANALYSIS: OLSZEWSKI’S MOTIVES: Baltimore County Executive Johnny Olszewski ‘s decision to make a tactical retreat on the IG’s position undoubtedly was based on the groundswell of public opposition to the draft bill. Even if retreat turns into permanent surrender, it is important to recognize that this bill was a calculated effort to destroy a powerful tool for honest and efficient government, David Plymyer of Baltimore Brew writes.

CARROLL LEGISLATORS BALK AT SOME STATEWIDE POLICE REFORMS: While most officials agree that body-worn cameras for law enforcement officers will be beneficial to officers as well as the public, Carroll County legislators are concerned about a number of other police reform bills that made it through the General Assembly, Madison Bateman reports for the Carroll County Times.

CONSERATIVE CLUB STIRS UP CONTROVERSY IN FREDERICK: A carnival game set up by the Frederick County Conservative Club on Monday night caused a rift between the group and the volunteers hosting the carnival. Next to its booth at the Walkersville Volunteer Fire Company’s annual carnival, the conservative club had placed large cardboard printouts of President Joe Biden and Vice President Kamala Harris. The leaders’ mouths were cut out, and visitors were invited to toss socks filled with dried beans through the resulting hole, Jillian Atelsek of the Frederick News- Post reports.

MOSBYS PAID OFF IRS TAX LIEN: Nick and Marilyn Mosby have paid off a $45,000 federal tax lien filed against them last year, records show. Justin Fenton of the Sun reports that the IRS in February 2020 levied the lien against the power couple — he is Baltimore’s City Council president; she is the city’s state’s attorney. It’s related to unpaid federal taxes from between 2014 and 2016, according to the filing in Baltimore City Circuit Court and both Mosbys.

TDAP VACCINES OFFERED AT ARUNDEL SCHOOL CLINICS: Incoming seventh-graders to Arundel County schools who have not had their required Tdap (Tetanus Diphtheria and Pertussis) and meningitis vaccines are now able to get them at weekly school-based clinics throughout July and August, Hope Kahn of the Capital Gazette reports.

DEFENSE ATTORNEYS HIGHLIGHT KILLER’s LEGAL GRIPES: Before he killed five Capital Gazette employees, the gunman tried to rectify his gripe with the newspaper again and again through the courts, Lilly Price and Alex Mann report for the Capital Gazette. Defense attorneys on Tuesday emphasized excerpts of his legal escapades that were riddled with grandiose statements, an apparent obsession with his reputation and a unfounded theory everyone was conspiring against him.