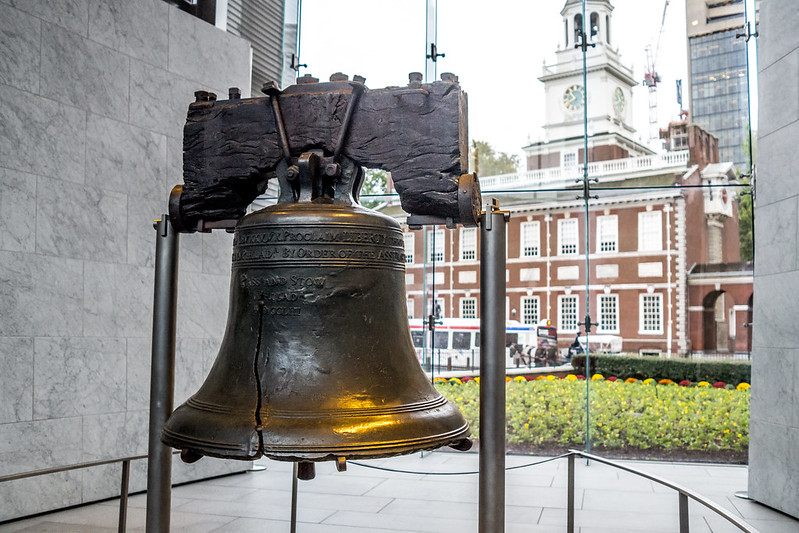 The Liberty Bell once rang from the top of the old Pennsylvania State House in Philadelphia we now call Independence Hall. The Liberty Bell inscription: "Proclaim LIBERTY throughout the Land unto all the inhabitants thereof." Leviticus 25:10 Photo by Phil Roeder with Flickr Creative Commons License https://www.flickr.com/photos/tabor-roeder/30451770180/sizes/c/

EVICTIONS PROTECTIONS STILL NEEDED, SMITH SAYS: Senate Judicial Proceedings Committee Chair Will Smith Thursday called for an extension of the state’s eviction pause deadline for residents and tenants that are unable to pay rent due to the pandemic, Bryan Renbaum reports for MarylandReporter.com. Smith’s remarks come the very day the state of emergency that Gov. Larry Hogan declared in March 2020 is set to end. Maryland’s eviction protections are not set to expire until Aug. 15.

USM APPOINTMENTS ANNOUNCED, PETERS TO RESIGN FROM SENATE: Gov. Larry Hogan appointed four new members to the University System of Maryland’s Board of Regents, which oversees the system’s 15 institutions, Pamela Wood reports for the Sun.

ZERO COVID TODAY: In a photo snapped of smiling and cheering hospital staff holding signs announcing “Zero COVID Today!,” Frederick Health Hospital revealed they were not treating any patients for COVID-19, the first time in more than a year, Angela Roberts reports for the Frederick News-Post.

MONTGOMERY MINIMUM WAGE LAW TAKES EFFECT: Thursday marked the first day employers with 51 or more employees in Montgomery County were required to pay employees at least $15 an hour, Steve Bohnel reports for Bethesda Beat. County officials celebrated it as the floor, noting that the county has a high cost of living.

TALBOT BOYS STATUE DEBATE RAGES: Talbot County officials are trying to get a lawsuit dismissed that would order the removal of the Confederate Talbot Boys monument from the county courthouse grounds, Bennett Leckrone reports for Maryland Matters.

FUNDING FOR APPALACIAN HIGHWAYS: A congressional bill would provide $1.75 billion in dedicated funding over five years for the transportation network across Appalacia, the staff of the Garrett County Republican reports. U.S. Rep. David Trone, D-Md., is one of the sponsors of the bill and he called it one of his “top priorities.”

RASKIN TO SERVE ON RIOT COMMITTEE: Maryland’s U.S. Rep. Jamie Raskin, a Democrat, will serve on the Jan. 6 House select committee investigating the riot at the U.S. Capitol, Meagan Flynn reports for the Post.

SEEKING AN ANNAPOLIS KILLER: The state is adding a $10,000 reward for tips leading to the killer of Michelle Cummings, a Naval Academy mom shot by stray bullets outside her Annapolis hotel, Mike Hellgren reports for WJZ.