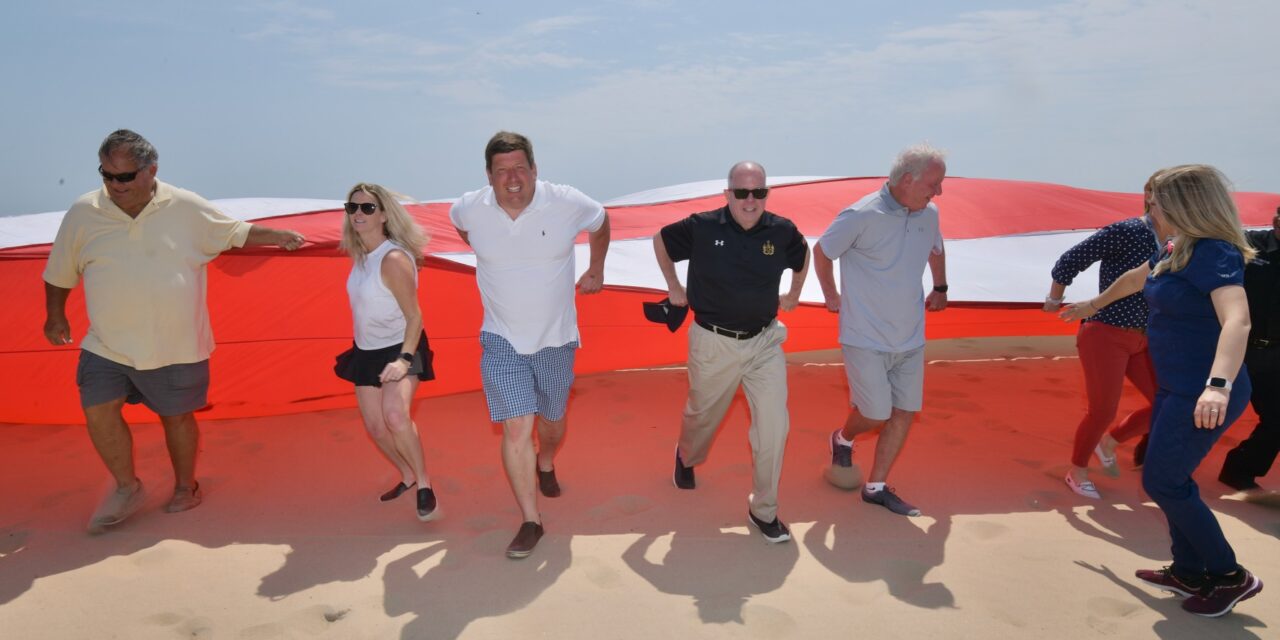 HOGAN VETOES 30 BILLS: Gov. Larry Hogan vetoed 30 bills Friday, including measures inspired by the coronavirus pandemic that would have tightened rules for emergency purchases by state officials and required the state to draw up a plan for handling the remainder of the pandemic, Pamela Wood of the Sun reports.

THE COURT’s BARBERA YEARS: Maryland Court of Appeals Chief Judge Mary Ellen Barbera began her tenure as the state’s top jurist and the Judiciary’s lead administrator in July 2013 by pledging to strive for the “equal, fair and timely administration of justice.” Steve Lash of the Daily Record writes that mandatory retirement will compel her to step down in September having endured an awesome and unforeseeable challenge to that pledge of timeliness over the past 14 months

MILESTONE: 70% OF ADULTS HAVE AT LEAST ONE JAB: Maryland has reached a new milestone in the race to vaccinate against COVID-19, Rick Massimo of WTOP-FM reports. As of Monday, the state said more than 70% of adults have gotten at least one dose of the coronavirus vaccine, Gov. Larry Hogan said in a statement.

HIGH INCOME, LOW COVID TOWN TO GET RELIEF WINDFALL: Rebecca Tan of the Post reports that affluent Chevy Chase has one of the lowest rates of coronavirus infection in the Washington region and with an average household income exceeding $400,000. However, Chevy Chase is set to receive the same level of federal relief funding per-capita as dozens of other municipalities far harder-hit by the pandemic.

MOST D.C.-AREA STUDENTS HAVEN’T BEEN IN SCHOOL SINCE MARCH 2020: In the diverse and expansive Washington region, around 40% of the roughly 700,000 public school students are learning at least once a week in a school building. The other 420,000 students have been entirely remote since the coronavirus pandemic closed schools in March 2020. The percentage of students reporting to a classroom in the two school districts that are majority Black and low-income — D.C. Public Schools and Prince George’s County Public Schools — is even lower, with just 28% of students learning in person part of the week, Perry Stein, Donna St. George, Hannah Natanson and Kate Rabinowitz of the Post report.

ENROLLMENT DROPS IN PUBLIC SCHOOLS: As the effects of the coronavirus pandemic continue to unfold, enrollment data is painting a clear picture of how the pandemic has impacted grade school classrooms statewide. Thousands of students threw off enrollment projections for the 2020-2021 school year as fewer families chose to enroll their children in public schools during the pandemic, Alexis Taylor reports in the Afro.

MEMORIAL DAY WEEKEND & SHOTS AT THE BAR: Joe Heim of the Post has a bit of fun with a vaccine clinic. “Shots at a bar. What could be more Ocean City? Except on Friday afternoon, the shots on offer at Seacrets, the biggest bar here and maybe the state — or the planet — were the one-dose Johnson & Johnson coronavirus vaccine. No chaser. Neat! Partying and a jab at one convenient location.”

OPINION: THE HUNT FOR LIEUTENANT GOV CANDIDATES: With candidates for governor finally emerging, it means chatter about who will wind up joining their tickets as candidates for lieutenant governor is growing louder. And with, incredibly, nothing but men running for governor on the Democratic side, it means most of the candidates for LG will inevitably be women, just as they were in 2018, opines Josh Kurtz for Maryland Matters.

B’MORE LAW SCHOOL INNOCENCE PROJECT HEAD RETIRING: Attorney Michele Nethercott, the singular force behind the Innocence Project at the University of Baltimore School of Law, retires next month after directing the exoneration program since its inception almost two decades ago. The 61-year-old worked tirelessly on a shoestring budget with a staff that peaked around three to identify and set free innocent men behind bars. During her tenure, she mastered DNA evidence and exonerated 12 men, Tim Prudente reports in the Sun.

OLSZEWSKI TO SEEK OVERSIGHT BOARD FOR IG OFFICE: Baltimore County Executive Johnny Olszewski will propose establishing an accountability board to oversee the county’s Inspector General. Olszewski’s action comes after a grilling Inspector General Kelly Madigan received two weeks ago from members of the county council over her conduct in office. Olszewski said Inspector General Madigan has his full support, John Lee reports for WYPR-FM.

ARUNDEL FOOD BANK STRUGGLED TO GET DONATIONS: After Anne Arundel County Food Bank’s largest spring food drive was postponed due to the coronavirus pandemic for a second year, the bank is struggling to continue supplying donations for an increase in demand. The National Association of Letter Carriers’ annual Stamp Out Hunger Food Drive that’s normally held in the spring has been canceled for a second year, Donovan Conaway reports for the Capital Gazette.

SUIT CLAIMS PG JAIL DISCRIMINATES AGAINST MUSLIM CHAPLAINS: Applicants for a chaplain’s job at a Prince George’s County jail had to sign a statement affirming that they are Christians, a Muslim man claims in a federal lawsuit accusing the county and a contractor of religious discrimination, the Associated Press’s Michael Kunzelman reports.

VP HARRIS SPEAKS TO NAVAL GRADS: Vice President Kamala Harris painted a picture of a world at an inflection point for the Naval Academy’s Class of 2021 Friday. And she told them they would be the ones to lead the nation through the changes, Joel McCord reports for WYPR-FM.