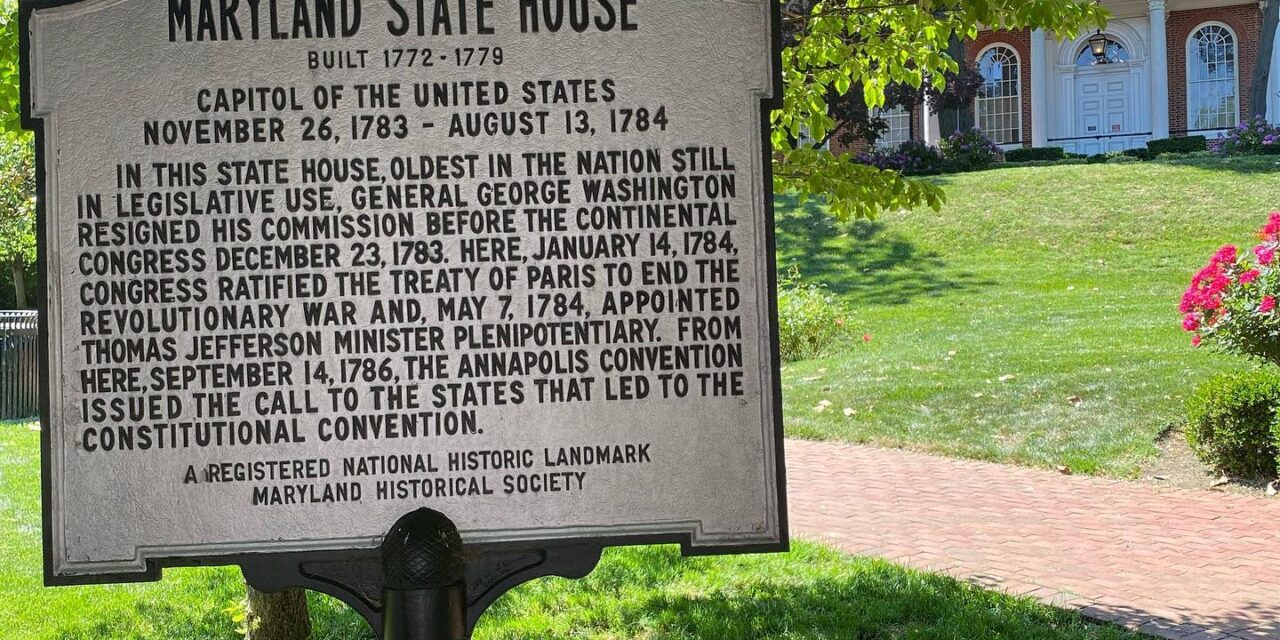 LAWMAKERS REFLECT ON YEAR AFTER GEORGE FLOYD’s KILLING: On the one-year anniversary of the death of George Floyd at the knee of a Minneapolis police officer, and just a short time after that officer’s conviction on murder and manslaughter charges, Maryland lawmakers are reflecting on what impact it has had, writes Bryan Renbaum for Maryland Reporter. “The broader lesson is that the media attention on events like this and the fact that when policymakers and activists and impacted communities come together we can actually make some real change,” Sen. Will Smith (D-Montgomery).

STATE SCHOOL BOARD WORRY OVER IN-CLASS COMPLIANCE: A month after passing a resolution directing all schools to return to in-person learning for a full 180-day school year starting in the fall, a few state school board members said they are worried that some local school systems will not comply without a stringent deadline for a plan to fully reopen, Elizabeth Shwe reports for Maryland Matters.

MO CO SUPER: STUDENTS WILL BE IN CLASS IN FALL: Montgomery County Public Schools’ incoming interim superintendent was clear during a meeting on Tuesday: Students will be in buildings full-time, with a teacher, in the fall, Caitlynn Peetz reports for Bethesda Beat.

MARYLAND’s COVID POSITIVITY RATE DROPS TO NEW LOW: For the first time since Maryland began reporting it, the state’s coronavirus testing positivity rate dropped below 2%, according to the state health department, Alex Mann reports for the Sun.

COURTS TO ALLOW THOSE VAXXED IN WITHOUT MASKS: Maryland’s chief judge is updating COVID-19 health measures for courthouses and judicial facilities to enable vaccinated people to enter them without face coverings beginning June 1, according to the Associated Press. Court of Appeals Chief Judge Mary Ellen Barbera issued the orders Tuesday in response to modified protocols from the Centers for Disease Control and Prevention.

OPINION: FOXWELL IS GANSLER’s NEW BAGGAGE: Recently announced gubernatorial candidate Doug Gansler carries quite a bit of baggage beyond having handily lost his most recent statewide election, writes Brian Griffiths for his Duckpin blog, adding that Gansler’s nonchalance at his past foibles is political hubris of the first order. Now, he’s getting advice from Len Foxwell, who carries his own heavy set of baggage, Griffith opines.

FIRST COVID LOTTERY WINNER: A Baltimore County resident won $40,000 for getting a coronavirus vaccination in Maryland, the first winner of the state’s $2 million vaccine incentive lottery, the Maryland Lottery announced Tuesday. A random number assigned to the person by the Maryland Department of Health was drawn Tuesday morning by a random number generator from the lottery.

BPW OKs PRESERVING 3,273 ACRES OF FARMLAND: The Maryland Board of Public Works approved 26 new Maryland Agricultural Preservation Foundation easements May 19 during a virtual board meeting, including four on the Mid-Shore. These easements will permanently preserve an additional 3,273 acres of prime Maryland farmland for an investment of $13.6 million in state and local funding, the Easton Star Democrat reports.

FORMER DEL. BOUTIN FOUND DEAD: Charles Boutin, a former state delegate for Cecil and Harford counties (Dist. 34A) as well as a former mayor of Aberdeen, was found dead in the waters of the Rock Hall marina. His family believe he had suffered a heart attack, Jane Bellmyer reports for the Cecil Whig. Boutin was 79.

B’MORE COUNCIL LINES UP FOR SCOTT VETO ON RENTAL BILL: A coalition of Baltimore City Council members are poised to uphold Mayor Brandon Scott’s first veto, a move that would kill a security deposit alternative bill that the council initially passed on a 12-2 vote, Emily Opilo of the Sun reports.

CONN. FIRM BUYS KUSHNER APT. COMPLEX: A Connecticut-based real estate firm has acquired two rental housing complexes in Middle River for more than $96 million, including an apartment complex owned by the Kushner Cos., the real estate firm that had been led by former President Donald Trump’s son-in-law, Lorraine Mirabella reports in the Sun.