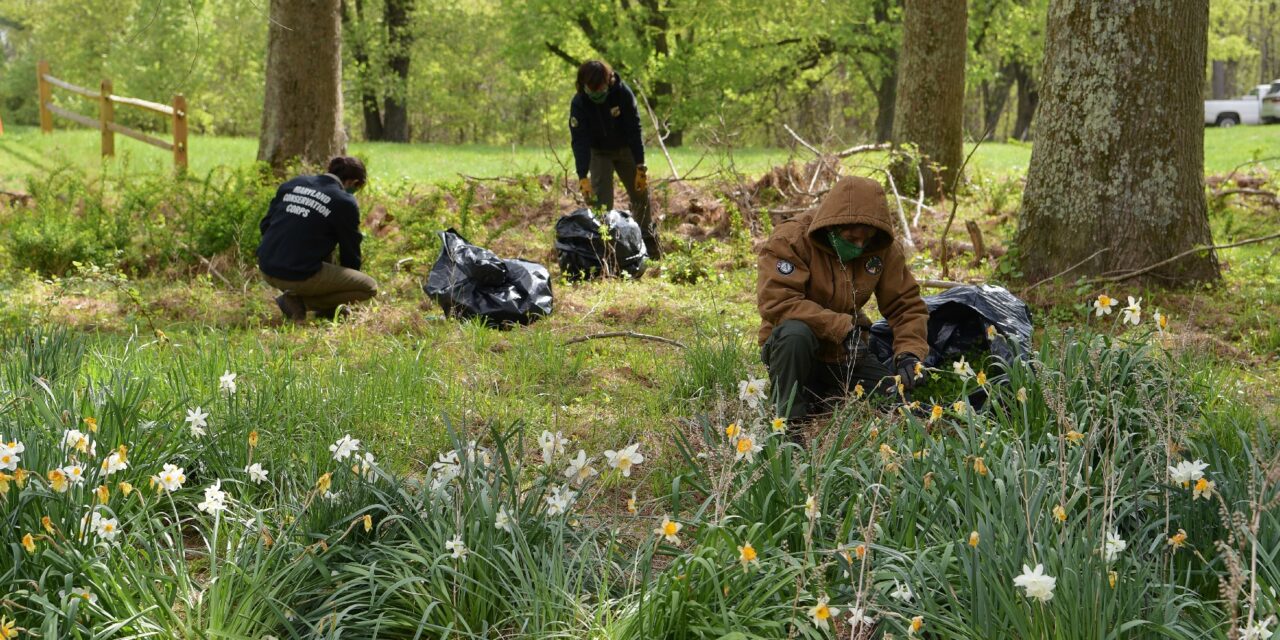 Lt. Gov. Boyd Rutherford took part in clean-up work at Patapsco Valley State Park on Earth Day last year. With so many more visitors at state parks, the state is poised to put more money toward them. Governor's Office photo.

ENVIRONMENTAL GROUPS APPEALING DAM LICENSE: Environmental groups have appealed a ruling by a federal commission to grant Maryland’s Conowingo Dam a new 50-year license that they argue missed an opportunity to address environmental problems, Christine Condon reports for the Sun. They also contend that the Federal Energy Regulatory Commission did not meet its certain legal duties in issuing it.

MD COUNTY RESCINDS DECISION ON EXPANDED INPERSON LEARNING: The Frederick County school board has rescinded its decision to expand in-person learning for elementary schools starting May 3 after receiving stark pushback from employee unions, Katryna Perera reports for the Frederick News-Post. The rescission also includes a policy of 3 feet of distancing at schools.

GRADES FALL AS PANDEMIC CONTINUES TOLL ON STUDENTS: “Failing grades have doubled — and sometimes tripled — in school systems across Maryland as the prolonged effects of learning from home take their toll on student achievement and well-being,” Liz Bowie reports for the Sun.

THANK YOU: Thanks to dozens of donors who contributed to this week’s fundraising request. To show you value news, please consider making a tax-deductible donation to our nonprofit news website today.

BROADBAND INTERNET INITIATIVES LAUNCHING: Next week, the Federal Communications Commission will launch a massive program to help connect people to broadband internet, the “Emergency Broadband Benefit” (EBB), which will provide between $10 and $50 per month to offset the cost of internet, Adam Echelman reports for Technical.ly. Shawn Gross, Baltimore City Digital Equity Program Manager in the Baltimore City Public Schools, is encouraging families to sign up using the FCC website rather than through cable providers.

STEELE CONSIDERING RUN FOR GOV: In an interview near his Prince George’s County home, former Maryland Lt. Gov. and national Republican chairman Michael Steele said he is giving “very serious consideration” to running for governor, Jeff Barker reports for the Sun. He also reported that Steele said he will not abandon nor be pushed from the GOP.

MOSBY’S EVOLVING TAX LIEN STORY: Fox45 details an up-close encounter with City President Nick Mosby trying to get to the bottom of a $45,000 tax lien placed on the home of Mosby and his wife, Baltimore City State’s Attorney Marilyn Mosby, Mikenzie Frost reports for WBFF. Mosby said he had not denied the lien while walking away from the reporter holding a copy of it, referred her to his attorney, and then closed his vehicle door.

INJUNCTION IN PG RACIAL DISPARITY POLICE COURT CASE: A federal judge has granted a preliminary injunction on the Prince George’s Police Department as he prepares for the court case alleging “extensive and systemic racial disparities” within the department, Megan Cloherty reports for WTOP.