Buckel: Republicans need to do a ‘better job’ of communicating to voters in the Baltimore-D.C. metro area 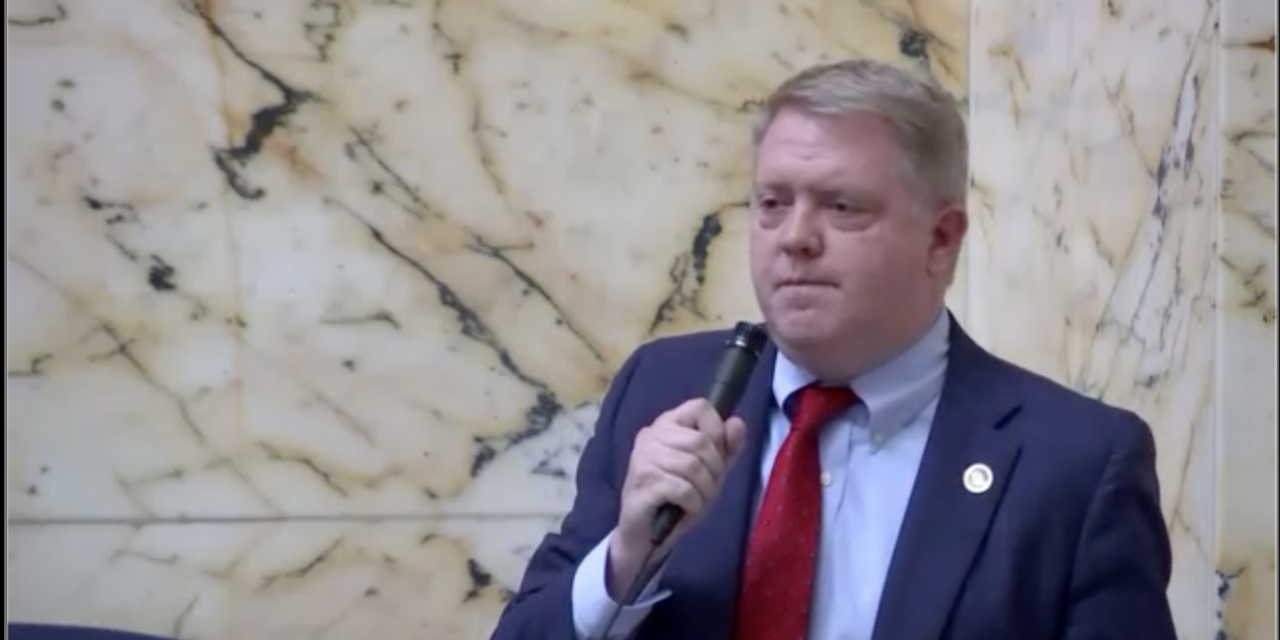 Newly-elected House Minority Leader Jason Buckel (R-Allegany) said Republicans “need to do a better job” of communicating their party’s message on key issues to voters in the predominantly Democratic Baltimore-Washington, D.C. metropolitan area if they are to remain competitive in statewide elections.

Below is an edited excerpt of an interview Buckel did with MarylandReporter.com on Monday afternoon. Buckel reflected on issues related to the 2021 legislative session, which ended on April 12, and discussed how Republicans can make in-roads in deep-blue Maryland.

MarylandReporter.com: It has been exactly two weeks since the General Assembly’s 2021 legislative session adjourned Sine Die. Looking back, what were some of the high and low points of the session?

Buckel: I think the high point is probably most folks working together on a bipartisan basis to pass the Relief Act, which I think has some real value for a lot of individuals and a lot of businesses still dealing with the economic impacts of COVID-19. I think it was a compromise among a lot of different groups-Governor Hogan, Republican groups, trade groups, and the Democratic majority-to come up with a bill that will hopefully do good for many Marylanders and help our economy recover. And it seems to be working so far. I think the low point from a policy perspective really were the police reform bills. The police bills, instead of looking for a lot of common ground that could have been found-there were just some things in some of the bills that I think went way too far from the perspective of helping and bettering public safety and treating our law enforcement professionals fairly.

MarylandReporter.com: Democrats have a supermajority in both the House of Delegates and in the Senate. What are some of the tools Republicans can employ to get things done on the floor?

Buckel: Next year will be my first session as minority leader. But I certainly have worked closely with Nick Kipke who has done a very good job for us over the years as our minority leader. The main thing is that we have to have principled, focused, honest debate and amendments to bills.

What is a little disappointing sometimes for us as Republicans is that sometimes we feel as if our Democratic colleagues are just kind of conditioned to vote against any amendments and vote for any bills regardless of whether they think they are really correct or if it’s the best way to go about things. It is sort of a top-down process. But what we try to do is make the best arguments possible representing the millions of Marylanders that we collectively as Republicans represent across the state.

MarylandReporter.com: What are some of the key differences between yourself and Del. Adams and the leadership team that you guys will replace next year?

Buckel: I am not sure at this point in time. I certainly want to build on so many very good things that Nic Kipke and Kathy Szeliga were able to do. I think they represented our caucus well. And I was certainly part of their senior leadership team and have a lot of feelings of admiration and respect toward them. To the extent that there will be differences, I think mainly it just may be just a little bit of a different voice. Just like in any endeavor whether it is a business or sports team or whatever it is. After a certain period of time everyone has heard the coach’s voice the same way for a number of years. And so the tenor of myself and Chris Adams is maybe a little bit different, which is fine, and hopefully people will respond well to that.

MarylandReporter.com: Statewide the GOP’s strength is concentrated in the west, south and on the eastern shore, but it is gradually diminishing in highly concentrated areas like Baltimore, Howard and Anne Arundel counties. What do you make of that and how can Republicans gain ground in those areas?

Buckel: I think there are demographic trends that have worked against the Republican brand at the national level. Probably in some of the I-95 jurisdictions that you just mentioned. And it is our job to help reverse that. We are big tent party.

If you have that framework, it does not matter to us what your background is, what your race is, what your religion is. We just think you identify as a Republican. And we just need to do a better job of going out and delivering that message to voters in those communities. We need to do a better job of delivering that message consistently within the Baltimore and D.C. metropolitan region.

MarylandReporter.com: Gov. Larry Hogan will leave office in Jan. 2023 due to term limits. How do you see the future of the GOP in statewide elections in the post-Hogan era?

I think the future of the party is potentially very good…I cannot speak to who are gubernatorial nominee will be. But I think Kelly Schulz is a wonderful candidate. And I am very interested in what she has to say. She will have a very good chance to be extremely competitive statewide in a gubernatorial race.