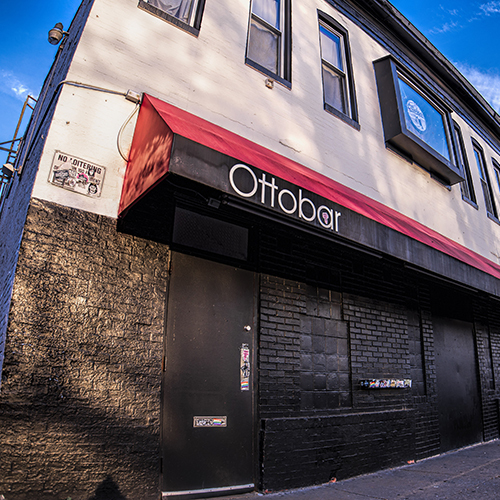 Ottobar, a Baltimore indie-rock music venue, lost 95% of its annual revenue when it was shut down during the pandemic. (Photo Credit: Ottobar)

Independent music venues continue to struggle financially to survive while in the midst of Maryland’s lifted pandemic restrictions and vaccine accessibility.

Tecla Tesnau, owner of Baltimore’s indie-rock club Ottobar, said she remembers when she thought the pandemic was only going to last two weeks.

“It was all of a sudden, we just ran into this crazy brick wall of COVID,”  Tesnau said. “We effectively went from a very successful business to zero business.”

The home of rock lovers became a ghost town, and the once 30-member staff slowly went down to eight people as the pandemic continued, Tesnau said.

According to the National Independent Venue Association — an organization with more than 3,000 independent live entertainment venues and promoters from across the country — independent music venues were the first to close during the pandemic and they will be the last to fully reopen.

Ottobar lost 95% of their annual revenue, which is generated from ticket sales and concessions after they were forced to shut down because of the pandemic, Tesnau said.

“It’s just absolutely devastating to realize that something you’ve worked so hard for, you’re just unable to continue to do,” Tesnau said.

Fortunately, Ottobar was granted an award from Maryland and started a GoFundMe page in 2020 that a year later has generated almost $150,000, according to Tesnau.

On Jan. 15, Gov. Larry Hogan, R, announced his plans to distribute $30 million in awards to Maryland’s entertainment industry impacted by the pandemic, according to the governor’s website.

However, even with the state’s financial assistance, most music venues were still depending on federal funding to get through the pandemic, venue owners said.

Audrey Fix Schaefer, head of communications for I.M.P —  an independent concert and promotion company — said federal funding will be the only thing that will help independent venues from closing.

The Anthem, The Lincoln Theatre, Merriweather Post Pavilion, and the 9:30 Club all fall under I.M.P’s production company.

The National Independent Venue Association worked up to a year trying to get Congress to pass the Save Our Stages Act, which would provide $15 billion in pandemic relief to independent venues across the country.

Schaefer, who is also a board member for the National Independent Venue Association, said they worked relentlessly to get the bill passed.

“We fought for eight to then months to get some type of financial assistance because there was none,” Schaefer said. “No matter how iconic of a venue you are, there’s just no way anybody could have prepared for this.”

The bill got bipartisan support and was signed into law on Dec. 27, 2020, Schafer said.

Unfortunately, local independent music venues still have yet to receive any grant money from this bill because of technical issues with the website, venue owners said.

The portal was finally opened April 8, but the website crashed and has not been back up since, according to Schaefer.

“It’s been an emotional rollercoaster for so many that have barely hung on,” Schaefer said. “And it is through no fault of their own, they’ve done all the right things.”

According to a Chicago Loop Alliance study, for every dollar spent at an independent music venue, an additional $12 goes into surrounding businesses.

With the rollout of more vaccines and lifted restrictions, music venue owners said they are hopeful that they can return to normal operations over the summer.

I.M.P. is encouraging everyone who gets their newsletter to preregister for the vaccine, and they even used Merriweather Post Pavilion as a COVID testing site during the pandemic, Schaefer said.

“It’s something we’re trying to  partner for the health of the community, how lucky we are that there are vaccines available now,” she said.

Tesnau also said she is excited about the vaccination rollout, and hopes that this means life can get back to “normal.”

“We can’t keep continuing to hold the pause button, we absolutely have to try to make plans to get back to what our lives used to look like,” Tesnau said.