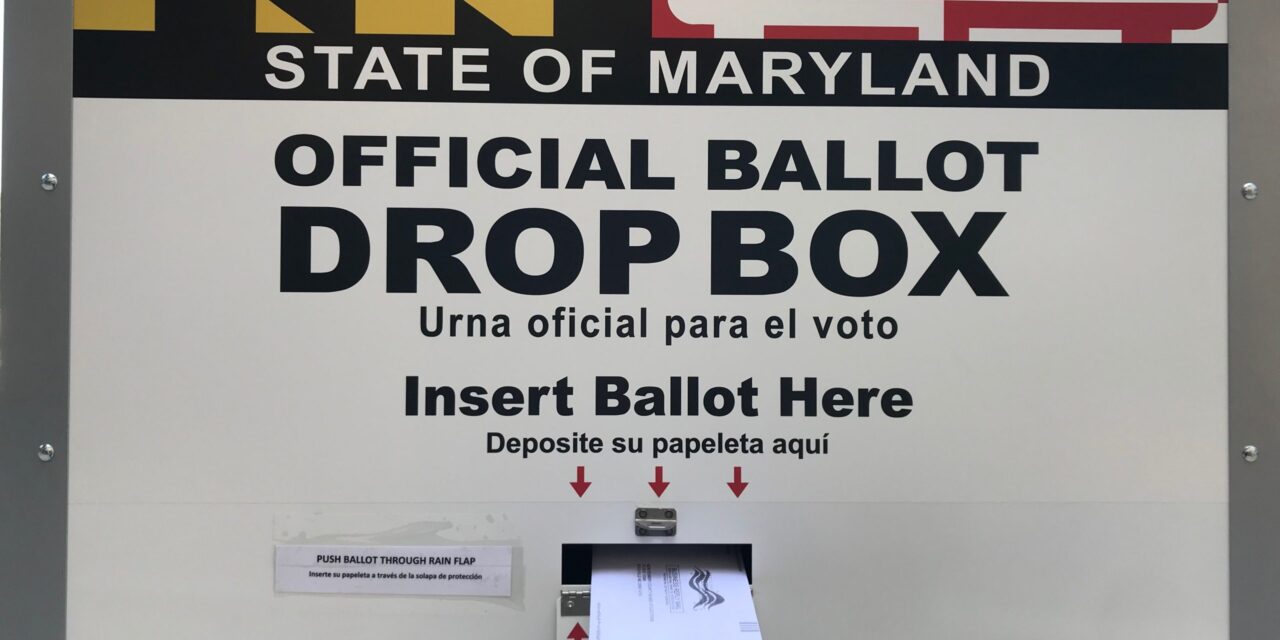 After a polarizing 2020 presidential election and a worldwide pandemic, Maryland lawmakers are rethinking how to conduct voting.

The General Assembly is considering multiple pieces of legislation that would ensure Marylanders can vote by mail and vote early.

In states across the country, there have been efforts made by Republican lawmakers to limit access to voting.

Maryland, however, seems to be going in the opposite direction.

The Maryland General Assembly is Democrat-controlled. Historically, Gov. Larry Hogan has been critical of former President Donald Trump. The Republican governor said that the voter fraud claims of the 2020 presidential election are “wrong for the country,” on PBS in November.

House bill 745 would increase the number of early voting sites statewide and has passed in both chambers.

Del. Eric Luedtke, D-Montgomery, sponsor of the bill, said that because of the pandemic, there has been a lot of innovation in how voting takes place in different states, and Maryland is learning from that.

Another one of his bills, HB156, aims to secure accessible voting to several groups who have historically faced issues, such as students, overseas military personnel and senior communities. The bill passed in the House and is awaiting action in a Senate committee.

Sen. Sarah Elfreth, D-Anne Arundel, sponsors the Senate version of the bill, SB283.
The bill passed in the House on Tuesday and awaits review in the Senate.

Additional voting legislation has been introduced by Del. Jheanelle Wilkins, D-Montgomery. HB1047 would ensure that Maryland keeps its ballot drop boxes and gives people who use mail-in voting the ability to correct any errors before their ballot is rejected.

Many of these ideas were successful practices from 2020 that lawmakers are trying to codify into law, Wilkins said.

On Wednesday, the Senate advanced HB1047, which addresses the number of ballot boxes in the state as well as how election boards deal with absentee ballots that are unsigned, or if more than one is received.

Maryland does not verify signatures, said Sen. Cheryl Kagan, D-Montgomery, and this bill would not change that.

Wilkins is also sponsoring the Value My Vote Act, HB222, which guarantees the right to vote for incarcerated individuals and requires a dropbox to be provided in every jail and correctional facility. The bill passed in the House and is awaiting action in a Senate committee.

“It’s important for legislators to really legislate based on the facts and to elevate the need for every single voter to have equal access and full access to the ballot,” Wilkins said.

Wilkins is also sponsoring HB1048, which would establish a permanent absentee ballot list, so voters could proactively be mailed their ballot before each election. The bill passed in the Senate on Tuesday and awaits review in the House.

However, some lawmakers are frustrated with how the majority party has been pushing this voting legislation.

Sen. Bryan Simonaire, R-Anne Arundel, sponsored Senate Bill 233, which would require the State Board of Elections to study other states that have safeguards for absentee ballots.

The bill he sponsored was designed to combat any possible flaws in the system, Simonaire said. However, it didn’t come up for a vote in committee.

“In Maryland, it doesn’t take massive fraud to change the outcome of an election,” Simonaire said.

Simonaire’s party is concerned with the integrity of the 2020 election, so it’s incumbent upon legislators to make sure the public has a high level of confidence in the election process, Simonaire said.

A significant number of members of the minority party have voted against every election bill, raising a “red herring” argument about voter fraud, even though voter fraud is vanishingly rare in the U.S., Luedtke said.

“My concern, fundamentally, is that you can’t have one party that supports the right to vote and one that doesn’t,” Luedtke said.

His party is not trying to suppress the vote, Simonaire said, rather they want to put in place safeguards to ensure that there is integrity in the election process.

“We want a balanced approach where we have access and safeguards and it’s a well-run election process,” Simonaire said. “We will support that, but we don’t support the one-sidedness of it without safeguards.”

Senate Bill 683 passed in the Senate on Friday, and is awaiting a decision from the governor. Similar to Wilkins’  HB1048, this bill would allow voters to be on a permanent absentee ballot list.

Horsing around in Annapolis