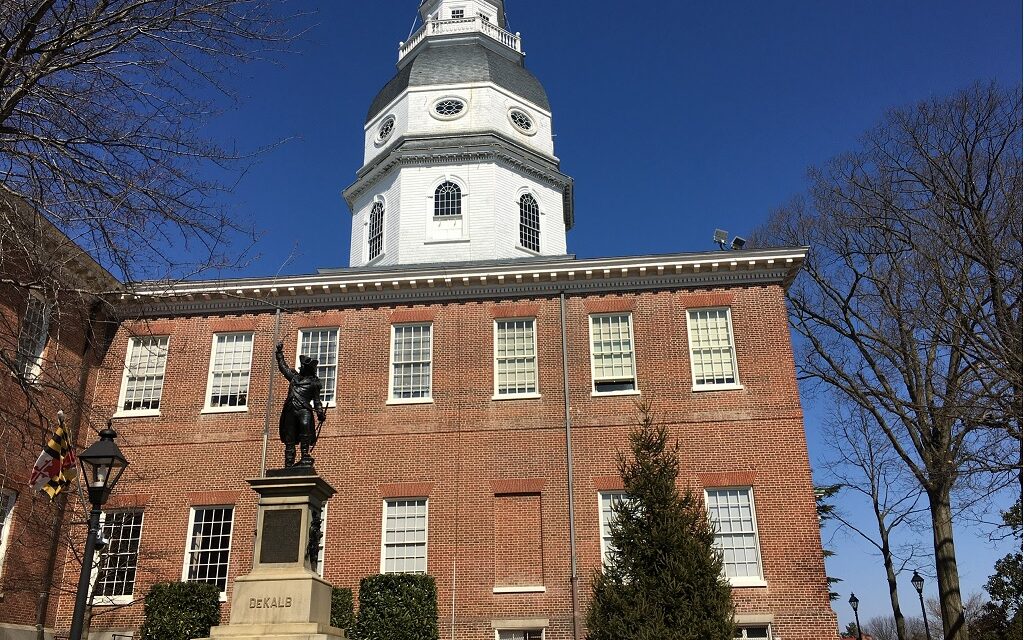 50,000 MARYLANDERS PER DAY GETTING SHOTS: Maryland’s health care providers are now administering an average of more than 50,000 coronavirus vaccines per day, Gov. Larry Hogan said Tuesday. Bryan Renbaum of Maryland Reporter writes that the state reported 55,044 new vaccinations on Monday, which is a record high. A total of 2,619,551 doses have been administered in Maryland. That includes 1,680,749 (27.8%) first doses and 868,103 (14.3%) second doses.

HOUSE OKs PROHIBITING LIFE WITHOUT PAROLE FOR JUVIES: After a winding debate that dwelled on concepts of redemption, justice, religion – and, at times, raw politics — the House of Delegates approved a bill that prohibits life without parole sentences for juvenile offenders. Bennett Leckrone and Danielle Gaines of Maryland Matters report. The bill also establishes a process by which juvenile offenders may seek reconsideration of prior sentences if they were convicted as an adult and have been imprisoned for at least 20 years.

FRANCHOT DEMANDS DATA ON EMERGENCY CONTRACTS: A week after voting to defer action on three “emergency” contracts, Comptroller Peter Franchot (D) demanded that the state Department of Health provide information about them by the end of the week, Bruce DePuyt of Maryland Matters reports.

HARFORD COVID RATE HIGHEST IN STATE: Harford County has the highest COVID-19 positivity rate of any jurisdiction in Maryland as the month of March comes to a close, prompting the county’s health officer to issue a reminder that residents need to be better at mask wearing and social distancing, S. Wayne Carter Jr. of the Aegis reports.

ALTERED MEDICAL DEBT BILL HEADS TO HOGAN’s DESK: A bill that aims to end certain medical debt collection practices — practices that advocates say disproportionately target poor families and people of color — is now on its way to the governor’s desk having passed unanimously through both chambers, Johanna Alonso reports for the Daily Record.

BILL WOULD CLOSE LOOPHOLE ON ED SAVINGS PLANS: Maryland lawmakers working to close a loophole that allowed families to amass thousands of dollars in state aid to bolster their children’s educational savings accounts, Pamela Wood of the Sun reports.

BILL WOULD LIFT BAN ON PROSECUTING SOME SEX CRIMES: A bill that would repeal the prohibition on prosecuting some sexual crimes if the victim is the spouse of the assailant has been referred to the state House Judiciary Committee after passing through the Senate in a unanimous vote, Kimberly Seif reports for Capital News Service.

FRANCHOT SIGNALS APPROVAL OF SCALED BACK ROADS PLAN: Comptroller Peter Franchot, the likely swing vote on the state’s plan to widen two Montgomery County highways, signaled that he will support the first phase of the project when it comes for a vote later this spring, Bruce DePuyt of Maryland Matters reports. But he said the other phases of Gov. Larry Hogan’s ambitious plan to build privately funded toll lanes along all of Interstate 270 and the Capital Beltway (I-495) “is one of those ideas that may disappear.”

B’MORE LEGISLATORS AGREE ON POLICE-CONTROL VOTE: Baltimore politicians have reached an agreement on state legislation that would let city voters decide whether Baltimore should take full control of its police department for the first time in more than 160 years, Bryn Stole of the Sun reports.

BILL ADDRESSES USE OF SCHOOL RESOURCE OFFICERS: After a wave of protests and nationwide focus on police brutality and racism, Maryland legislators are rethinking disciplinary measures in public schools, particularly the role of uniformed officers in schools. House Bill 522 would expand the required training for assigned police in schools, called school resource officers, to include restorative approaches, Elizabeth Shwe of Maryland Matters reports.

FREDERICK SCHOOLS LIKELY TO KEEP RESOURCE OFFICERS: Despite recent discussions at both the state and local levels about disbanding School Resource Officer programs, Frederick County Board of Education members appear set on keeping theirs in place, Katrya Perera of the Frederick News Post reports.

FRANCHOT URGES STATE TO CUT TIES WITH REDFIELD: Comptroller Peter Franchot has joined the chorus of elected officials in Maryland urging the state to sever its ties with Dr. Robert Redfield, the former head of the U.S. Centers for Disease Control and Prevention under President Donald Trump who currently serves as an unpaid adviser to Gov. Larry Hogan, Hallie Miller of the Sun reports.

ON MARYLAND’s COVID-FIGHTING COMPLEX: Rachel Logan, Julia Arbutus and Pierce Panagakos of Capital News Service write about the various businesses, research firms and producers in Maryland that have a hand in fighting Covid-19. The article, in Maryland Reporter, says that about 40 companies in Maryland are playing some role in the coronavirus response, either by producing a vaccine, medication, therapeutics, diagnostic tests or supplying research, according to Martin Rosendale, the chief executive of Maryland Tech Council.

BIDEN TAPS TO WOMEN FOR FEDERAL BENCH IN MARYLAND: President Joe Biden intends to nominate two women to the federal bench in Maryland, including one who would be the first woman of color to ever serve as a federal judge in the state, Justin Fenton of the Sun reports. Deborah Boardman and Lydia Griggsby will be nominated to become U.S. District Court judges. Boardman is currently a magistrate judge, while Griggsby has served on the U.S. Court of Federal Claims since 2014.

FEDS HOLD FREDERICK MAN IN THREATENING THEN-CANDIDATE BIDEN: Frederick man who faces federal charges for threatening President Joe Biden and Vice President Kamala Harris while they were running for office is now being held in federal custody until his trial date, which has not been set. Locally, James Dale Reed, 42, was charged and convicted of voter intimidation in Frederick County for leaving a handwritten letter at a Frederick residence, Mary Grace Keller reports in the Frederick News-Post.