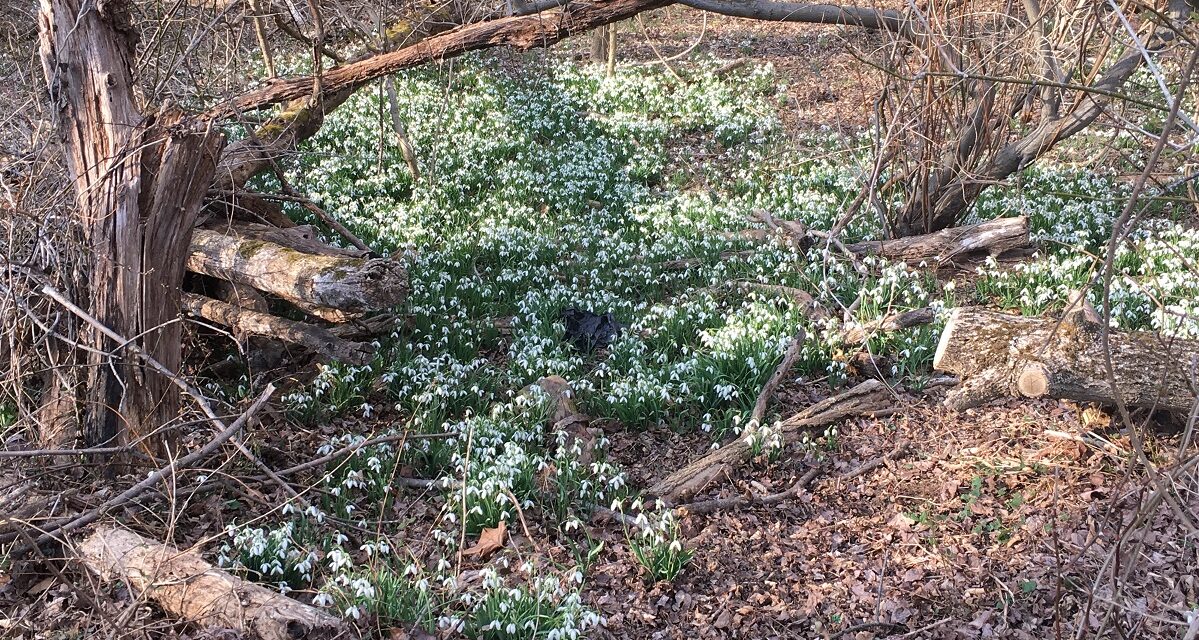 Signs of spring near a bike path in the Dasher Green neighborhood of Columbia. MarylandReporter.com photo

HOUSE OF DELEGATES PASSES POLICE REFORM: The House of Delegates passed sweeping police reform legislation Thursday evening, Bryn Stole reports for the Sun. Some of it is similar to what the Senate passed by wide margins, setting the stage for negotiations between the chambers over the details of how law enforcement officers are trained, investigated and disciplined.

STATE FRACTURED OVER REOPENING RESTRICTIONS: Leaders of two of the state’s largest jurisdictions will not follow the state into fully reopening most businesses with no capacity restrictions, Bryan Sears reports for The Daily Record. Several others say they’re ready to ease restrictions as called for by Gov. Larry Hogan.

COMMENTARY: HOGAN SHOULD HAVE CONSULTED LOCALS ON REOPENING: Gov. Larry Hogan chose to make a reopening announcement without consulting with or informing local jurisdictions, a big mistake during a time when coordination is so vital, opines the Sun’s editorial board. “Given the real dangers involved with vaccines not yet in nearly enough arms and highly contagious variants on the move, one can only hope that the cost of this too-far, too-fast relaxation of rules and loss of public health credibility won’t some day be measured in lives lost,” they write.

FRANCHOT CALLS FOR AUDIT AS MORE FEDERAL REFIEF SPENDING BECOMES LAW: Comptroller Peter Franchot (D) is urging for more oversight on all the pandemic relief spending, Josh Kurtz reports for Maryland Matters. On Thursday he sent letters to all 188 members of the General Assembly, urging them to create a commission that to account for how state and federal COVID-19 relief funding is being spent in Maryland.

CONFEDERATE STATE SONG HEADING TO THE DUSTBIN: Maryland’s state song sympathizing with the Confederacy may finally be heading to the dustbin of history, Len Lazarick reports for Maryland Reporter. The House of Delegates gave preliminary approval to its repeal Thursday.

SPORTS BETTING IMPLEMENTATION BILL MOVES THROUGH HOUSE: The Maryland House of Delegates gave its OK Thursday for legal sports betting with a mix of in-person betting and betting through apps and websites, Pamela Wood reports for the Sun.

CECIL TEACHERS MIXED ON REOPENING AS VACCINATIONS MAKE PROGRESS: Even as Cecil County Public Schools announced 1,600 staff members have received at least the first dose of vaccinations, many teachers are sharing mixed feelings about the possibility of more in-person classes, Matt Hooke reports for the Cecil Whig. Concerns include enforcing social distancing, safety, and how to teach to both in-person and virtual students at the same time.

90% OF HOWARD TEACHERS VACCINATED: 90% of Howard County public school teachers have been received their first dose of vaccine or been scheduled for vaccination, Kristin Danley-Greiner reports in Patch.

EMERGENCY CONTRACTS FOR VACCINE ROLLOUT NOT VERY PUBLIC: The state has issued at least two large emergency contracts to improve the rollout of the COVID-19 vaccine, Meredith Cohn and Hallie Miller report that the Sun obtained these contracts through a records request. These types of contracts undergo little public scrutiny.

COMMENTARY: OPIOID CRISIS CONTINUES: Our greatest weapon to stop drug abuse is not the criminal justice system, whose resources have been taxed to the limit in this struggle, but rather our public health and educational institutions, Dr. Dan Morhaim writes in a Sun op-ed calling attention to the ongoing addiction and overdose crisis. Morhaim is a former state delegate.

RASKIN ON TOUGH YEAR: U.S. Rep. Jamie Raskin  personally endured the worst of 2020 on the final day of the year when he lost his son, but for much of the past year he has been trying to help people deal with countless challenges related to the COVID-19 pandemic, Mitchell Miller reports for WTOP.

COMMENTARY: CALL FOR MORE BROADBAND: The pandemic has highlighted the reality that much of Worcester County does not have access to broadband, opines County Commissioner Chip Bertino in an op-ed for the Salisbury Daily Times. “Access to broadband is a necessity and must be made available to every home and business within our county,” he writes.