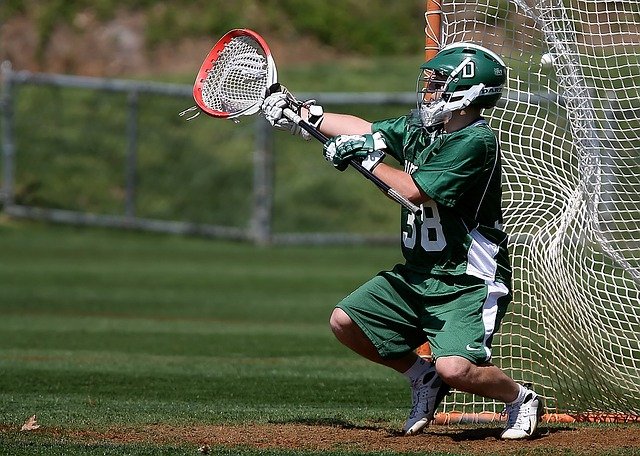 A proposed Maryland bill in the House and Senate could allow senior athletes at public high schools to play sports the year after they graduate, to make up for the challenges and unusual circumstances of the coronavirus pandemic.

Based on the current rules set forth by the Maryland Public Secondary Schools Athletic Association — winter, spring and fall sports each have a finite start and end date — with traditional fall sports scheduled to play their seasons in early winter carrying over into spring.

For example, traditional fall sports — such as soccer, field hockey and volleyball — weren’t eligible to begin practicing in some Maryland counties until Feb. 13, drastically different from their typical starting date in the summer before the school year.

This poses an issue for athletes who traditionally participate in both a fall and spring sport, as both the practice and competition times for the seasons overlap. HB0817 and its cross-file SB0759, with sponsors Del. Haven Shoemaker, and Sen. Justin Ready, both R-Carroll, aim to provide senior high school athletes another opportunity to finish what they started keeping in mind these challenges.

“We want student-athletes to have the opportunity to finish their high school athletic careers properly,” Ready said in a press release.

If someone graduates in June 2021 they may come back and play their respective sport during the 2021-2022 school year.

However, the athlete can only return to play at the same public high school from which they graduated; they can’t transition to another high school post-graduation.

“High school sports mean so much to all our communities as well as the student-athletes who have worked for years to get to where they are,” Ready said in that same release.

In early February, Kentucky state legislators filed a bill similar in principle that could allow the state’s high school students, including athletes, to receive a fifth year of instruction and eligibility.

However, that bill is more encompassing because it could also allow any student enrolled in a Kentucky public high school during the 2020-21 school year to request that the 2021-2022 school year be used as a supplemental year to retake or supplement any courses a student has previously taken.

Proponents of the Maryland bill assert that its passing could be beneficial to students who were on the fringe of potentially receiving an athletic scholarship, but had their final high school season taken away.

While the new law would most likely only be utilized by those students attending local community college or trade school, the passing of this bill gives athletes further opportunity to advance their athletic career at the collegiate level.

“The students that were forced to sacrifice all or most of their final year of high school sports deserve the opportunity to enjoy their final season, as well as compete for scholarships that may have been lost due to their inability to play,” Shoemaker said in a press release.

However, there is some skepticism among some high school coaches surrounding the number of athletes who would take advantage of this policy, particularly for college recruiting purposes.

“Most of the recruiting for soccer, lacrosse and other sports comes outside of high school,” Edward Wharton, head soccer coach at South Carroll High School, told Capital News Service.

Recruiting for those sports outside of football is done at the club level, independent from the school system, which allowed many of them to be operational during the pandemic.
Specifically from a football recruiting perspective, that’s where the legislation could be the most beneficial.

“Great for the young men to get some more film for college opportunities,” Michael Kraus, head football coach at South Carroll High School told Capital News Service.
However, Kraus explained that this bill could lead to graduate athletes taking playing time away from younger players, which could be counterproductive to the younger players’ athletic development.

Another concern is that the bill could create a slippery slope, prompting other high school classes to want similar treatment.

Walsh also explained that the inclusion of graduate athletes on teams with current high school students could interrupt camaraderie as fans would be cheering on players no longer enrolled at the school.

The Maryland Association of Boards of Education opposed the bill, citing concerns that it would disrupt interscholastic sports.

The association also voiced concerns that if passed, the bill would create a separation in the statewide athletic system between high school athletes enrolled in school and those who aren’t.

“House Bill 817 would disrupt this balance by introducing a significant separation between the status of high school athletes who are no longer enrolled students, the enrolled students in the educational setting, and the sports team on which the students and non-students are participating,” John R. Woolums director of governmental relations for the Maryland Association of Boards of Education said in written testimony obtained by Capital News Service.

The Maryland Association of Boards of Education and The Maryland Public Secondary Schools Athletic Association also explained that under this legislation, local school systems would have to review liability policies with non-enrolled students participating in sports on school grounds.

No voting session has been scheduled yet for either the House or Senate bill.