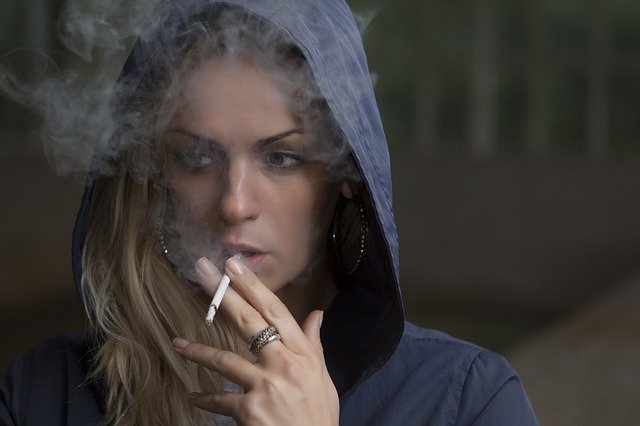 Maryland legislators introduced a bill that would allow localities throughout the state to place more stringent restrictions on the sale and distribution of cigarettes and other tobacco products.

SB0410 and its cross-file, HB1011, sponsored by Sen. Benjamin F. Kramer, D-Montgomery, and Del. Samuel L. Rosenberg, D-Baltimore, authorizes a county or municipality to enact and enforce local laws that are at least as stringent as state laws that regulate the sale and distribution of cigarettes, according to a state legislative analysis.

“Tobacco kills our kids and what this bill would do is give local jurisdictions the authority to take action if they feel that the specific needs of their communities were not met by state law,” Rosenberg said at a Thursday press conference Capital News Service viewed.

That rule also applies to other tobacco products and electronic smoking devices.

If passed, this legislation would allow local jurisdictions to pose tougher restrictions on the age limit to buy cigarettes and other tobacco products.

Under this bill, localities would also have the authority to limit some kinds of tobacco-related products that are sold, including vapes and their associated flavors.

“There are a myriad of reasons to support giving local jurisdictions this control, all of which relate to the health and welfare of the public,” Kramer said at a Thursday Senate Finance Committee bill hearing.

All issues related to the monitoring and enforcement of tobacco taxes would still remain under the purview of the Comptroller’s Office.

An electronic smoking device is defined as a device that can be used to deliver aerosolized or vaporized nicotine to an individual inhaling from the device, according to a state legislative analysis.

This describes a wide variety of products, including an electronic cigarette, cigar, cigarillo, pipe, hookah, a vape pen and vaping liquid.

“The tobacco industry, unfortunately, has been very skilled at advancing its products into new markets and vaping is part of that, so it’s essential we address that as well in this legislation,” Rosenberg said.

It also includes any part or accessory of these products, even if it’s sold separately.

Other tobacco products are defined as any cigar or roll outside of a cigarette that’s made in whole or in part of tobacco, according to a state legislative analysis.

Prior to 2013, cities and counties in Maryland were able to pass tobacco control and regulate the sale of associated products.

However, in 2013, based on the case of Altadis vs. Prince George’s County, which established that state law preempts local tobacco regulation, it has become much more difficult for cities and counties to impose these regulations.

“The legislation that Del. Rosenberg and Sen. Kramer are pushing here today really clarifies for the state that cities and counties can go further than the state, they can address these issues,” Laura Hale, state government relations director, Maryland, American Heart Association said at a Thursday press conference.

Advocates of the bill said it would allow for more control in local communities and can also help improve health in these communities as well.

“We want to be the voices for exacting strategies to inspire people to see that they can control their own communities,” Willie Flowers, president of the NAACP Maryland State Conference said at the Thursday press conference.

Proponents of the bill also pointed out that allowing local jurisdictions the authority to place their own restrictions is beneficial considering the demographic, socioeconomic and varying differences throughout the state.

However, those testifying in opposition of the bill voiced two main concerns.

When localities have different laws regarding tobacco, that could confuse businesses, consumers and regulators, opponents said.

“The process of 24 different regulatory systems for tobacco is simply unworkable for these Maryland small businesses,” attorney Matthew Bohle said on behalf of the Premium Cigar Retailers Association of Maryland at the hearing.

The House version of the bill is scheduled to be heard in the Economic Matters Committee on Feb. 24 at 1:30 p.m.

“Let’s pass this bill and elevate the health and welfare of our residents above the profits of an industry whose business model is predicated on addiction, disease and eventually the death of its customers just to start the process all over again with new victims,” Kramer said at the hearing.