By Len Lazarick and Diane Rey

The Pick Four number to play Thursday in the legislative lottery was 32-15. In three successive party line votes in the Maryland Senate, that was the vote tally Democrats played to overcome Gov. Larry Hogan’s vetoes of bills to raise the state minimum wage to $15 an hour and to allow Maryland schools to open before Labor Day, overturning the governor’s executive order.

The arguments pro and con on the bills sounded awfully familiar because they had passed the House and Senate just earlier this month, and were rushed to Hogan’s desk last week so he was forced to act on them before the lawmakers left town April 8.

Hogan and opponents called it a job-killer that would put Maryland at a competitive disadvantage with its neighboring states with much lower minimums — $7.25 in Virginia for instance.

Supporters of the Fight for $15 said it was necessary to help families whose breadwinners had to work two and three jobs and had trouble with Maryland’s high cost of living.

In the House of Delegates

Minority Leader Nic Kipke said, “It feels like déjà vu all over again,” as he rose to support the governor’s veto of the $15 minimum wage bill on the House floor Thursday, quoting the late Yogi Berra on opening day of the baseball season.

Delegates voted to override his veto of the minimum wage bill by a vote of 96 to 43, but not before giving the issue a thorough re-hashing.

Here are some of the best quotes from that sometimes-testy House debate and from the other override vote that strips regulation of tobacco and alcohol sales from the comptroller’s office and puts it in the hands of a new commission. (Delegates voted Thursday to override the governor on that bill 98 to 39, with Senators following suit 30 to 16.)

“If there’s a downturn in our economy and we’re forcing higher costs on businesses, if less money comes in to those businesses, what happens? What happens is they fire people, they cut hours. They don’t want to, they have to.” -Minority Leader Nic Kipke (red)

“Doing nothing is unacceptable…As a business owner, it will be a little bit of a soft punch in the gut.” -Del. C.T. Wilson, D-Charles (green)

“The first time I ever wore a suit to a job in my life is here.” -Del. Carl Anderton Jr., R-Wicomico (red)

“The irony is, since the last minimum wage went into effect, we’ve had more businesses contribute to the unemployment trust fund than ever before. It doesn’t sound like our economy has tanked.” -Del. Dereck Davis, D-Prince Georges (green)

“Businesses are making adjustments based on decisions made in this chamber … They have to make a profit. Profit is not a bad thing.” -Del. Jeff Ghrist, R-Eastern Shore (red)

“There’s no place in the state where you can live off the current minimum wage.” -Del. Melissa Wells, D-Baltimore City (green)

“Good employees are going to want to be here because they’re going to be paid better than our neighbors (in other states).” -Del. Kirill Reznik, D-Montgomery (green)

“We’re forcing people to make choices between medication and rent…We have to do right by working people.” – Del. Gabriel Acevero, D-Montgomery (green). His charge that delegates were being “intellectually lazy” by not going far enough with the bill prompted a point of order from Minority Leader Nic Kipke and sparked a frenzy of requests to speak to House Speaker Pro Tem Adrienne Jones, D-Baltimore County, who presided over the floor session in the absence of Speaker Michael Busch, D-Anne Arundel.

“How did we get a Republican governor in the state of Maryland? We did because of bills like this.” -Del. April Rose, R-Carroll (red)

“We worked hard as a team to fashion something that was fair, balanced and the right step forward.” -Del. Kathleen Dumais, D-Montgomery, chair of the Economic Matters Committee (green)

“They couldn’t afford their healthcare. Many couldn’t afford their rent.” – Del. Mary Ann Lisanti, D-Harford, discussing county employees’ pay from her time serving on the Harford County Council in explaining her green vote. Lisanti was censured earlier in the session for using a racial slur. As she spoke, several members of the Baltimore City delegation left the chamber.

“I’ve never heard a complaint (about the comptroller’s office) in all my years here. When we need money for education, why are we spending money on a new bureaucracy?” -Del. Susan Krebs, R-Carroll (red)

“This is not about the comptroller. The state does not revolve around Peter V. R. Franchot. It comes from the public. It starts to bubble up from the ground.” -Del. Dereck Davis, D-Prince Georges (green) 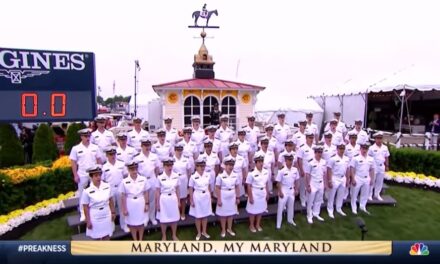