LEGISLATURE OVERRIDES WAGE, FRANCHOT BILL VETOES: Maryland on Thursday became the sixth state — and the first below the Mason-Dixon Line — to adopt a $15 minimum wage, with both chambers of the Democratic-majority legislature rejecting Republican Gov. Larry Hogan’s veto of a bill he said would cause job losses and hurt small businesses, Ovetta Wiggins and Rachel Chason report for the Post.

DELEGATES OK ARMED FORCE FOR JHU: Over the objections of student protesters, Maryland’s House of Delegates voted overwhelmingly Thursday to approve controversial legislation to authorize an armed police force for the private Johns Hopkins University — clearing the way for the bill to become law, reports Luke Broadwater in the Sun.

SENATE QUESTIONS BALTIMORE POLICE BILL: A bill that aims to give the city of Baltimore full control over its police department breezed through the House of Delegates earlier this month — passing by a vote of 137-0. But, writes Luke Broadwater in the Sun, that same legislation is running into tough questioning from Baltimore’s Senate delegation, where at least three lawmakers call the bill “flawed,” worry it will cause city taxpayers to pay out millions more from police misconduct lawsuits, and argue it doesn’t even return full control of the police to the city as its supporters profess.

JALISI RETURNS AFTER REPRIMAND: For the first time since being reprimanded by his colleagues this week, Del. Jay Jalisi (D-Baltimore County) was back at his desk in the House chamber on Thursday. He voted on the many bills the House considered but he did not participate in floor debate. Nor did he appear to have much interaction with the lawmakers seated around him. On Wednesday, the House voted unanimously to reprimand Jalisi after an ethics investigation found “an ongoing pattern of bullying and abusive workplace behavior.”

ELECTRIC VEHICLE TAX CREDIT: Maryland state legislation could increase the tax credit received for electric cars to $3,000 per vehicle, Charlie Youngman of Capital News Service reports. Marylander’s currently receive $100 times the number of kilowatt-hours of the battery capacity of their electric vehicle with a maximum of $3,000. With this bill, each new electric vehicle purchased will count for $3,000 regardless of battery size.

TEDCO OVERSIGHT: The Senate got its first look at a heavily amended Senate Bill 340 on Wednesday morning, which would establish a new investment committee in the Maryland Technology Development Corporation – also known as TEDCO — subject to regulations and state ethics laws, add reporting requirements, and more narrowly define the types of Maryland-based businesses that would be eligible for initial funding, among other changes, reports Danielle Gaines in Maryland Matters.

SEN. SMITH HEADS TO AFGHANISTAN: Maryland lawmakers bid farewell to Sen. Will C. Smith as he heads out on a deployment to Afghanistan with the Navy Reserve. As senators concluded a floor session Thursday, they wished their colleague well and prayed for his safe return in November to the United States. Sen. Bill Ferguson, who sits next to Smith on the Senate floor, called his colleague a “true American hero” for serving his country, Pamela Wood writes in the Sun.

‘FREEDOM OF PRESS DAY:’ The General Assembly voted unanimously to name June 28 “Freedom of the Press Day” in Maryland to honor the five victims who died in the Capital Gazette shooting in Annapolis on that date last year. The joint resolution of the two chambers passed the House of Delegates 137-0 on Wednesday and the Senate 46-0 earlier this month, Luke Broadwater reports in the Sun.

CERTIFYING CHARTER AMENDMENTS: A Senate bill that would adjust the timeline for possible charter amendment questions to be certified by the State Board of Elections continues to move through the General Assembly. Steve Bohnel writes in his Political Notes column for the Frederick News-Post. Senate Bill 1004 is a departmental bill, said Stuart Harvey, Frederick County’s election director. One part relevant to Frederick County voters is that County Attorney John Mathias must prepare and certify to the State Board of Elections each ballot question by the 95th day before the general election, which would be July 31, 2020.

PUGH APOLOGIZES: Baltimore Mayor Catherine E. Pugh apologized Thursday for striking a $500,000 deal to sell her self-published children’s books to the Maryland hospital system on whose board she sits, saying the agreement was a “regrettable mistake,” Rachel Chason reports in the Post. 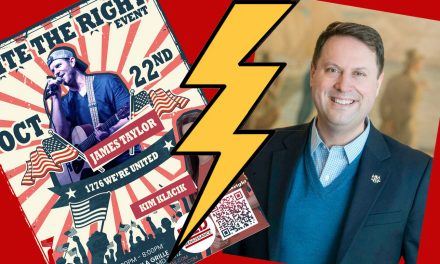