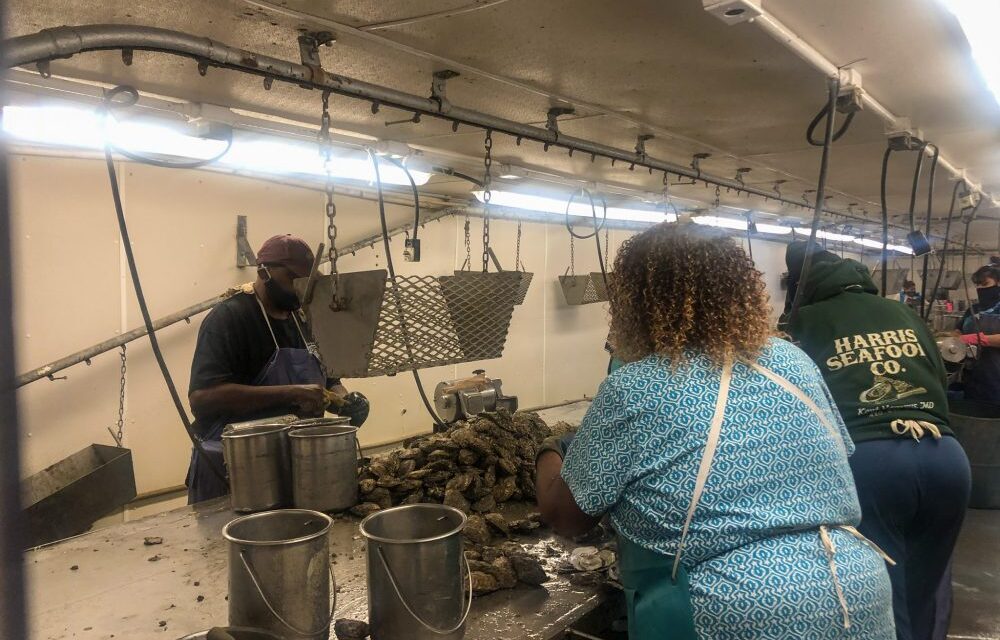 KENT ISLAND, Maryland - Workers inside of Harris Seafood Co. cleaning the oysters and preparing them to be shucked. (Hannah Smith/Capital News Service)

KENT ISLAND, Maryland — The coronavirus pandemic has created a windfall for Maryland farmers as families, stuck at home, load up on local produce, and cook their own meals. But for the state’s seafood purveyors, these are tough times.

The “aquaculture industry has been hit really hard this year,” said Colby Ferguson, director of government and public relations for the Maryland Farm Bureau.

The reason: Americans don’t like to prepare seafood at home. There are several factors behind this fish fussiness. Some say cooking fish at home stinks up the house. Others say cooking fish is too troublesome. But a bigger issue appears to be fear.

Steve Vilnit, vice president of marketing for Capital Seaboard, a wholesale seafood company in Jessup, Maryland, that caters to restaurants, says that people prefer to eat seafood at restaurants where they believe it will be prepared properly, rather than at home where there’s a chance they could become ill if it’s cooked incorrectly.

Consumers are “scared to cook” seafood at home, he said, or “don’t know how.”

But, he adds, “they trust the chef,” at a restaurant.

That’s especially true for shellfish such as oysters, which are complicated to handle and have a short timeframe in which they must be consumed. Vilnit says almost all oysters are eaten at bars and restaurants.

Crabs, which consumers tend to purchase already cooked, have been the exception and have enjoyed strong sales this year.

For seafood overall, nearly 70% in the United States is consumed at restaurants, according to the Chesapeake Bay Foundation.

With most restaurants in Maryland – and much of the nation – either closed or operating at reduced capacity, commercial demand for seafood has fallen sharply. Maryland restaurants currently are allowed to operate at 50% capacity, although some counties have further restrictions. 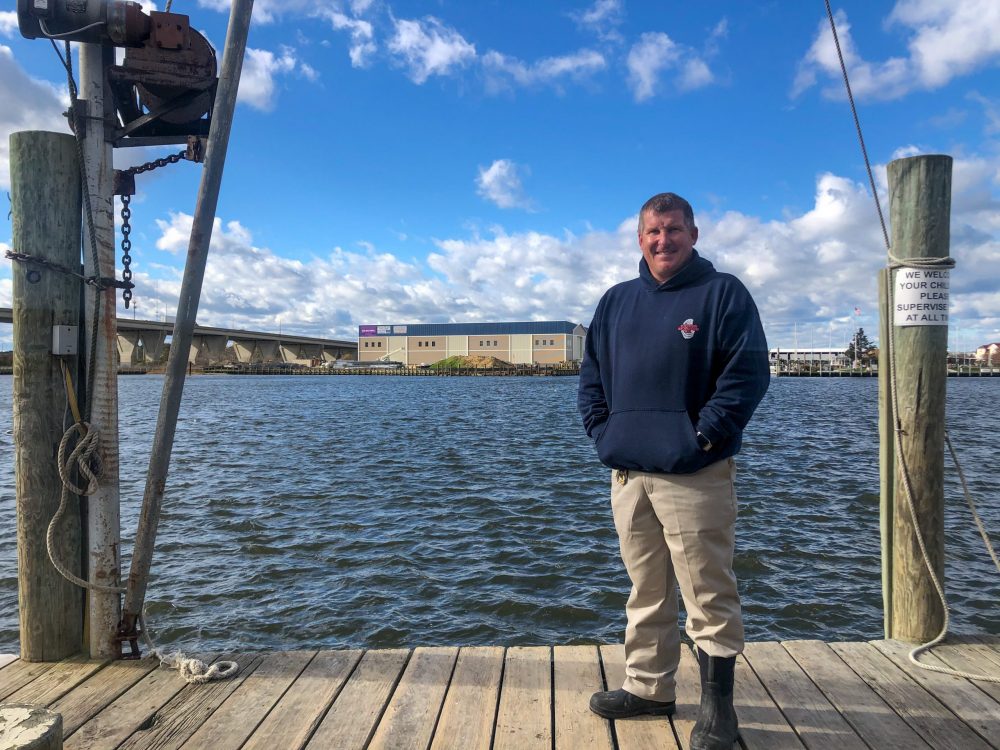 Jason Ruth, the owner of Harris Seafood Co., an oyster grower in Chester, Maryland, says sales of oysters are down 72% this year when compared to last year.

“People are feared to death right now,” said Ruth, and are not dining out. “Fish and oysters are something that people generally don’t take home to shuck themselves or clean themselves. And those two products actually had the worst years they’ve ever had.” Ruth said prices are 25% lower than this time last year.

Harris Seafood was founded on Kent Island in the 1930s during the Great Depression. For years, it was one of the dozens of oyster packing houses, where workers clean and prepare the oysters to be sold.

During its heyday, Harris Seafood shucked 1,900 gallons of oysters in a single day, according to its website.

When restaurants and bars are allowed to open at full capacity, Ruth is hopeful that business will spring back.

“I do think the ones that survive are gonna be stronger than ever,” he said. “I think they’re going to be very efficient in their menu choices and stuff like that. And I do think the business will come back.”

Luckily for Harris, the crab business has been brisk. Because crabs are usually eaten outside and they tend to be purchased already prepared, sales of Maryland’s famous blue crabs hit records over the summer.

People “know how to eat crabs at home,” said Ruth. “You had all these people that were looking to do something at home that was different. They had the money to do it and they were buying crabs.”

Janet Terry, the owner of Olney Farmers Market, says business at produce markets has also been strong. She said many families come to the market as their one group outing of the week.

“I am shocked how well we are doing, some of the farmers say this is the best season they’ve ever had,” Terry said.