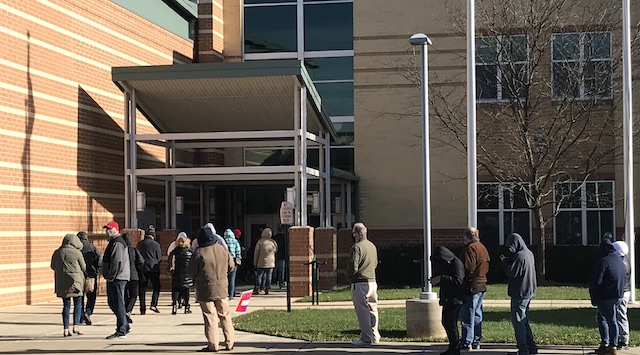 Maryland will NOT be joining the #Texaslawsuit. The suit is a cesspool of disproved charges, wild speculation, insupportable arguments and silly gibberish.

Joe Biden is the President-Elect. https://t.co/kC6UhUwyLm

Texas Attorney General Ken Paxton (R) filed the suit on Tuesday and 17 states have voiced its support. He has petitioned the U.S. Supreme Court to hear the case. The suit alleges that officials in the states named in the complaint, Georgia, Pennsylvania, Wisconsin, and Michigan, took advantage of the coronavirus pandemic so as to illegally alter their election rules and that therefore the votes in those states should be invalidated.

On Tuesday, the high court threw out a suit filed by Rep. Mike Kelly (R-Pa.) that sought to block the election results in the Keystone State. The suit was widely seen as a last-ditch effort by Trump’s allies to seemingly validate his refusal to concede the election. Trump has consistently claimed without evidence that massive voter fraud occurred in the election.

Legal analysts have said the current suit does not have any merit, as did the attorneys general of Michigan, Wisconsin, Pennsylvania in statements and tweets on Tuesday.

“The motion filed by the Texas Attorney General is a publicity stunt, not a serious legal pleading,” Michigan Attorney General Dana Nessel said in a statement. “The erosion of confidence in our democratic system isn’t attributable to the good people of Michigan, Wisconsin, Georgia or Pennsylvania but rather to partisan officials, like Mr. Paxton, who place loyalty to a person over loyalty to their country. The Michigan issues raised in this complaint have already been thoroughly litigated and roundly rejected in both state and federal courts – by judges appointed from both political parties. Mr. Paxton’s actions are beneath the dignity of the office of Attorney General and the people of the great state of Texas.”

“These continued attacks on our fair and free election system are beyond meritless, beyond reckless — they are a scheme by the President of the United States and some in the Republican party to disregard the will of the people– and name their own victors. This isn’t a pick your own ending novel — this is a Democracy,” Pennsylvania Attorney General Josh Shapiro said in a statement. “These attempts are uniquely unserious– nothing has worked in court, in the legislature, and now the Texas Attorney General is seeking to just throw out the electoral votes all together in four fellow states. These factless, baseless “lawsuits” to stir confusion and doubt in our systems are un-American and we should not allow this circus to continue.”

I feel sorry for Texans that their tax dollars are being wasted on such a genuinely embarrassing lawsuit. Texas is as likely to change the outcome of the Ice Bowl as it is to overturn the will of Wisconsin voters in the 2020 presidential election.

Analysis: Another way to look at spending by Ehrlich, O’Malley