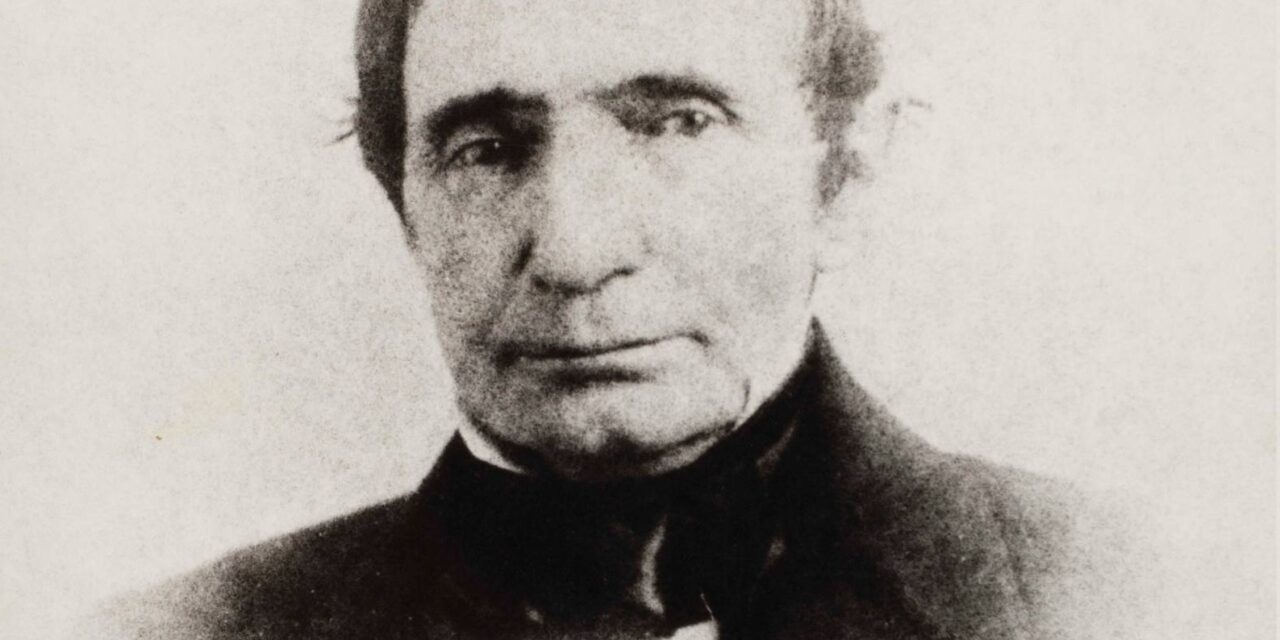 Johns Hopkins, founder of the university and hospital that bear his name, was long believed to be an abolitionist, but in 1850 he owned slaved, the university disclosed. From the JHU website

STATE OFFICIALS TARGET IN JOBLESS SCAM: Not even Maryland’s highest ranking officials are immune from scams, writes Bryan Renbaum for MarylandReporter. That includes Gov. Larry Hogan, Lt. Gov. Boyd Rutherford, Labor Secretary Tiffany Robinson and several other cabinet members, all of whom were targeted in an unemployment insurance fraud scheme, the state of Maryland announced on Wednesday.

COVID HOSPITALIZATIONS HIT HIGH MARK: Maryland set a grim record Wednesday, reporting the most people ever hospitalized with the coronavirus during the pandemic. The 1,715 patients are an increase from 1,653 Tuesday, as current hospitalizations passed a late April pandemic peak of 1,711 Wednesday. About 1,200 more people are now hospitalized with the virus than were as of Nov. 1, when hospitalizations were at 523, Ben Leonard of the Sun reports.

LEADERS URGE RESIDENTS TO STOP COVID SPREAD: Leaders representing the eight largest jurisdictions in the state called on Maryland residents to take personal responsibility for slowing the rapid spread of the coronavirus even as they called for more statewide measures, Bryan Sears of the Daily Record reports.

MAYOR CLOSES INDOOR DINING: Baltimore will close all dining at restaurants in the city to combat the spread of coronavirus, part of the first executive order from newly sworn-in Mayor Brandon Scott, who made the decisive move Wednesday on his first full day in office. Tightened restrictions, which go into effect at 5 p.m. Friday, also include caps at 25% of capacity for retail and religious institutions, gyms, malls and museums, Emily Opilo and Christina Tkacik report for the Sun.

MO CO CONSIDERS SHUTTING INDOOR DINING: Indoor dining at restaurants in Montgomery County could soon be shut down, a new measure to combat the spread of COVID-19, Briana Adhikusuma of Bethesda Beat reports. Montgomery County Executive Marc Elrich announced his proposal on Wednesday afternoon during a media briefing with county, city and medical officials across the state.

FREDERICK RAMPS UP PLAN FOR VACCINE DISTRIBUTION: With a COVID-19 vaccine on the horizon, the Frederick County Health Department is ramping up its plans to be able to distribute the vaccine once it is available. Part of that planning includes an online survey to gauge from county residents whether they’d get the vaccine, Greg Swatek of the Frederick News Post reports.

MANAGING COVID IMPACT PRIORITY FOR LEGIS LEADERS: The presiding officers of the General Assembly are looking ahead to the upcoming session now just five weeks away with a mixture of uncertainty over the logistics and agenda but with a sense of optimism that things in Maryland will soon get better, Josh Kurtz of Maryland Matters writes. Both presiding officers said mitigating the public health and economic devastation brought on by COVID-19 would be their top priority.

YOUNG WOMAN HAS EYE ON U.S. SENATE: Kristen Griffith of the Carroll County Times writes about Lucinda Diehl, who, since she was 7, has been intent on entering the field of law. The mission has led the junior at Winters Mill High School to emerge from more than 1,000 applicants to become a top 10 Maryland candidate in the United States Senate Youth Program. The program chooses two students from each state for a week of virtual educational experience and gives them scholarship money. While she was not chosen, she still has higher aspirations: to be a Maryland senator.

STATE’s ‘PURPLE’ COUNTIES COULD PROVE CRUCIAL: Maryland’s political map is changing: The bluest counties are becoming bluer and the reddest counties are getting redder. But it is the shifts in “purple” counties that may prove the most consequential in local and statewide elections, Jeff Barker of the Sun reports.

CLOSER LOOK: BIDEN LANDSLIDE IN MARYLAND: It would not be an exaggeration to call President-elect Joe Biden’s electoral victory in Maryland a landslide. Biden won the state by more than 30 points, and The Associated Press called the state for the former vice president the minute polls closed on Election Day (nearly 90% of Maryland’s votes were cast early or by mail). Capital News Service’s analysis of precinct-level election data offers some notable insights into the state of Maryland politics in 2020, Sean McGoey and Adam Marton report.

JOHNS HOPKINS, SLAVE OWNER: Johns Hopkins, the 19th-century businessman who bequeathed a fortune to found the hospital and university in Baltimore that bear his name, and who on scanty evidence was long heralded as an abolitionist, enslaved at least four Black people before the Civil War, Nick Anderson, Lauren Lumpkin and Susan Svrluga of the Post report.