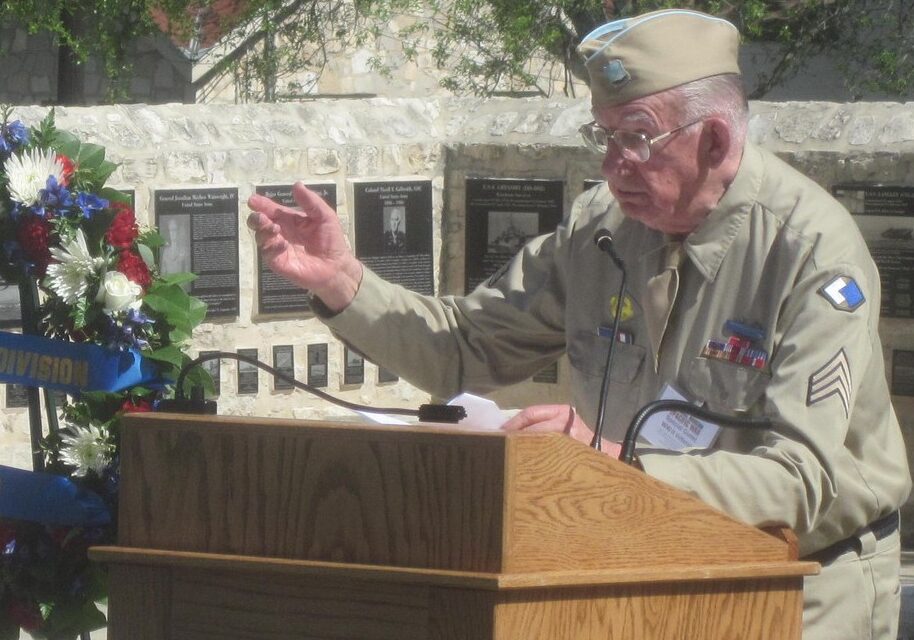 Sgt. Leonard W. Lazarick Sr. speaks at the dedication of a plaque to the 96th Infantry Division at the National Museum of the Pacific War in Fredericksburg, Texas, in 2012. Photo by Len Lazarick Jr.

Leonard W. Lazarick Sr., a long-time engineer in the defense industry and a decorated combat infantry veteran of the Pacific theater in World War II, died November 29 of complications related to COVID-19 at Holland Village senior living community in Holland, Pa. He was 97.

Len Lazarick Sr. was active in many civic groups and was a past grand knight of the Knights of Columbus at St. Thomas Aquinas parish in Croydon, Pa. He served in many volunteer leadership positions throughout his life. He was president of the residents council at Twining Village (now Holland Village) where he lived for the last 24 years.

At RCA in Moorestown, N.J., Len worked on major defense projects including the Ballistic Missile Early Warning System (BMEWS) in Thule, Greenland and the radars for AEGIS class guided-missile destroyers for the Navy. (Both a BMEWS radar dome and the superstructure of an AEGIS destroyer were visible to millions who drove the New Jersey Turnpike through Moorestown in the 1970s and 80s.)

During the 1950s, he was an official of the company union, the Association of Scientists and Professional Engineering Personnel.

After retiring from RCA, he also worked at the Philadelphia Navy Yard.

He was a self-taught musician on the harmonica and entertained many with his talents for decades. 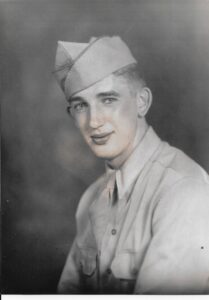 Like his elder brother Tom, Len Sr. attended the Philadelphia College of Pharmacy and Science, but his studies were interrupted by the war, which shaped the rest of his life for good and bad. Both wound up serving in the Pacific.

He did not speak much of the war until later in his life.

He recounted much of his army days in remarkable hand-written account that was used extensively in the book “Operation Iceberg” by Gerald Astor about the battle for Okinawa published in 1995.

As part of the 96th Infantry Division, Len was among the first waves of the amphibious invasion of the Philippines on Leyte Oct. 20, 1944, where he was shot below the chin about 15 minutes after he hit the beach, the first of his three Purple Hearts.

He recovered well enough over the next months that he was able to participate in the amphibious invasion of Okinawa April 1, 1945, the Ryukyu island that was part of Japan.

Because he was calm, thoughtful and articulate into his 90s, he also was interviewed for several TV shows and documentaries about the battle, most recently Okinawa: The Afterburn, a 2016 Japanese-English documentary that screened in Tokyo.

He returned in 1995 for the 50th anniversary of the battle and the dedication of the memorial to the 250,000 dead in the three-month long battle. Len Lazarick Jr. wrote about this trip and the battle in stories that ran that year in the Patuxent Publishing Co. newspapers and in subsequent articles that are linked at the bottom of this obituary.

He received the Bronze Star with the V for valor, two more Purple Hearts for wounds, and a field promotion to sergeant. The 96th Army division in which he served also eventually received a Presidential Unit Citation.

After the war, Len worked several jobs, including as a draftsman at the Frankford Arsenal, while attending night school to receive his engineering degree in 1956 from Drexel University in Philadelphia.

Leonard William Lazarick Sr. was born July 26, 1923 in Camden, N.J., the middle son of the eight children born to Polish immigrants, Thomas Lazarick (Lazarczyk) and Stella (nee Kaczor) Lazarick. His father was born July 20, 1889 during the reign of Czar Alexander III near Lvov, now Ukraine,  and his mother was born May 8, 1892 in the reign of Austro-Hungarian Emperor Franz Joseph in Brzozoe, now Poland, at a time when the Polish nation was split into three parts by its neighbors.

Len Sr. was very proud of his Polish heritage and he was especially proud when Karol Wojtyla, archbishop of Krakow, become Pope John Paul II.

His parents immigrated in the early 1900s to the United States, where they met.

The family was in the retail business, and in 1928 opened a movie theater in Mount Ephraim, N.J. The entire family helped run the theater, which they continued to operate after it was sold to an investor during the depression. Len Sr. was a projectionist there and developed an encyclopedic knowledge of the movies from the 1930s. He graduated from Camden Catholic High School.

The family also ran movie theaters in Philadelphia through the 1940s.

His children, grandchildren and great grandchildren were able to talk to him with words of love by phone hours before he died, though he was no longer able to speak.

The last words he said to Len Jr. in their final phone conversation 10 days before he died was how he always ended his calls, “Give my love to the family,” he said.

“Family came first,” said daughter Kathy. “He was the beloved patriarch of the Lazarick clan. He has left a beautiful legacy.”

Len’s family will receive friends on Wednesday, December 9, 2020 from 10:30 a.m. until his Funeral Mass 11:30 a/m/ in St. Bede the Venerable Church, 1071
Holland Road Holland, PA 18966. His interment with Military Funeral Honors will follow at Washington Crossing National Cemetery in Newtown.

In lieu of flowers, contributions in his memory may be made to Disabled American Veterans at https://www.ihelpveterans.org/ or to Catholic Charities of Philadelphia at https://www.catholiccharitiesappeal.org/donate

Links to articles about Len Lazarick Sr. are below the phot. 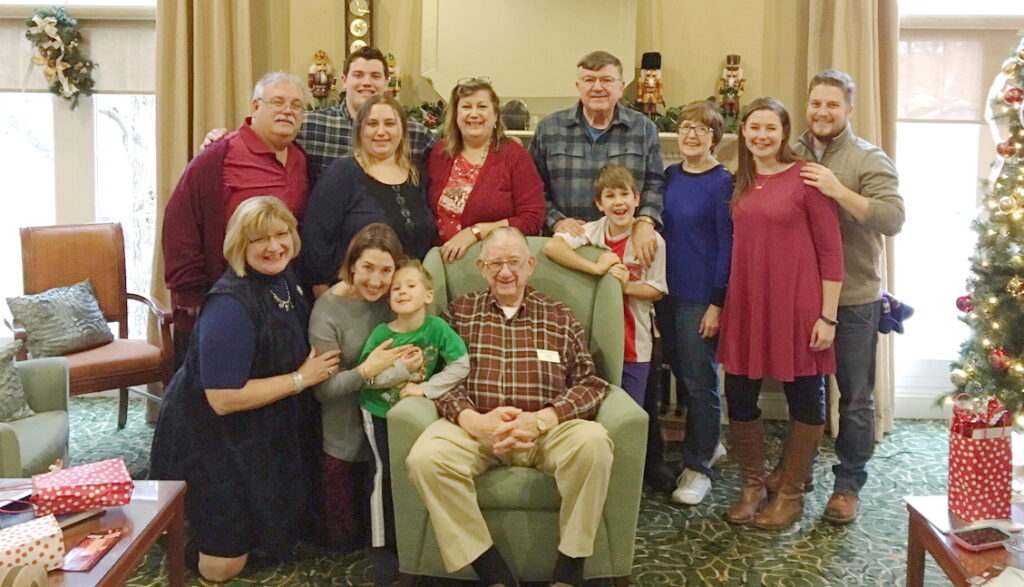 Here are articles by Len Lazarick Jr. related to Okinawa and his father’s service there.

Interviews with Len Lazarick Sr. also appear in the documentaries “Shootout” Okinawa: Last Battle of WWII and Okinawa: The Afterburn.

Okinawa: The 75th Anniversary of the Last Great Battle of the Pacific War

OKINAWA: REMEMBERING ALL THE DEAD

OKINAWA: IT WAS KILL OR BE KILLED