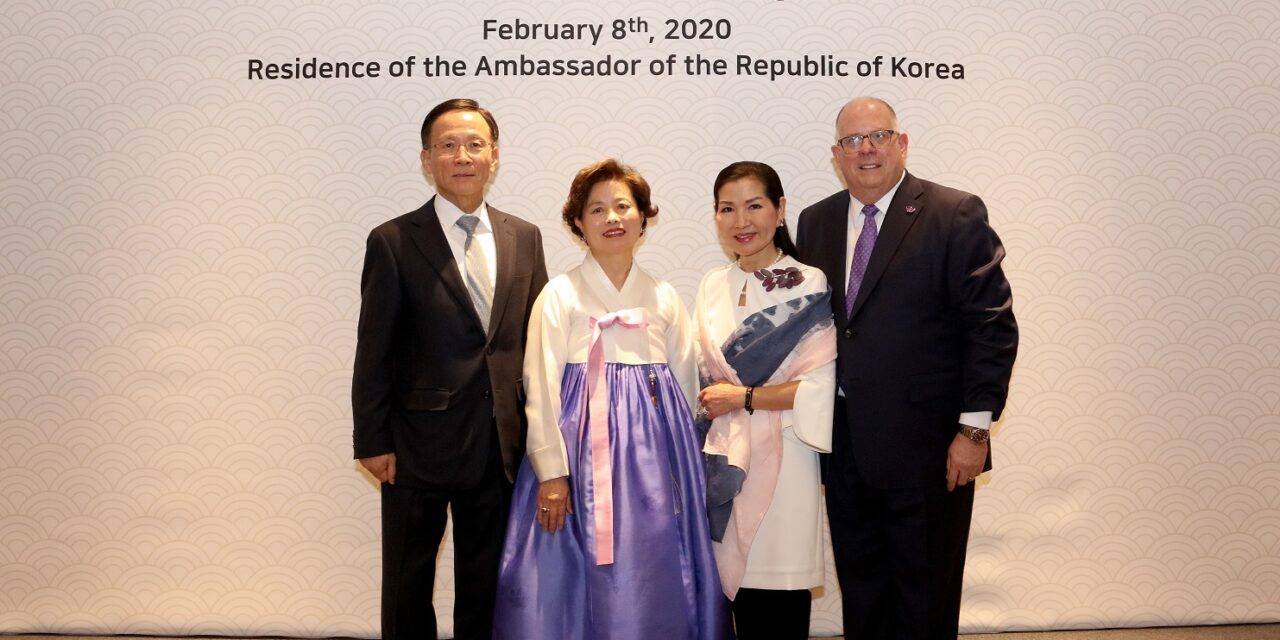 MD FIRST LADY HONORED: Next week Maryland’s First Lady Yumi Hogan will be awarded the highest civilian honor of the Republic of Korea for her diplomacy and her outreach to the Korean-American community in Maryland, Bryan Renbaum writes for Maryland Reporter.

REPORT ON S. KOREAN TESTS SHOWS LAB PROCESSING ISSUES: Federal and state inspectors looking into coronavirus tests bought from South Korea with millions in state funds found a University of Maryland lab had several problems with how it was processing them, Meredith Cohn and Pamela Wood report for the Sun. The inspection by U.S. Centers for Medicare & Medicaid Services and the Maryland Office of Health Care Quality stemmed from complaints from nursing homes about a spate of false positive results in September.

HOURS LONG COVID TEST LINES: A drive through COVID-19 test line lasted hours Thursday morning, Erika Riley reports for the Frederick News-Post, as states see a rise in COVID-19 and people race to be tested leading up to Thanksgiving.

ANOTHER MD SHUT DOWN? Montgomery County Executive Marc Elrich said the state, facing “an avalanche” of cases statewide, may need another shut down, Bryan Sears reports for The Daily Record.

ICU EXPANSION FOR COVID SURGE: The University of Maryland Medical Center is opening a temporary ICU as COVID cases surge, adding 16 extra ICU beds to its existing inventory at both its downtown and Midtown campuses, Morgan Eichensehr reports for Baltimore Business Journal.

HOGAN ON VIRTUAL CALL WITH BIDEN-HARRIS: Maryland Gov. Larry Hogan, a Republican, was among those who met virtually with President-Elect Joe Biden and Vice President Kamala Harris to discuss coronavirus response through the National Governors Association, CNN’s Situation Room Reports. “It was a really smart move,” Hogan said of the bipartisan “cordial and, I think, productive,” bipartisan meeting.

CARROLL INCREASES TESTING AS REPORTS FOURTH DEATH: Carroll County is increasing testing as it released news of a fourth COVID-19 death in a week, Bob Blubaugh reports for The Carroll County Times.

CARROLL COMMISSIONER DISAPPOINTED IN SCHOOL BOARD MEETINGS: A Carroll County Commissioner who sits on the school board read a prepared statement Wednesday night that the other school board members have called him a liar and mistreated him, Kristen Griffith reports for The Carroll County Times. Commissioner Dennis Frazier sits on the board as an “ex-officio” member but was interrupted when he said he didn’t think it was a coincidence COVID cases had risen as schools switched to hybrid learning. The schools have since moved back online.

BALTIMORE CITY, COUNTY SCHOOLS ON REOPENING:Baltimore City schools officials, where some schools have been meeting in person, and Baltimore County schools, where schools remain virtual and special education schools will not reopen as planned, discuss their decisions with Tom Hall and Cianna Greaves for WYPR.

JUVENILE FACILITY FACES COVID CASES: A state employee union is sounding alarm bells that there is a COVID-19 outbreak in Western Maryland at the Department of Juvenile Services’ Backbone Youth Center in Garrett County, Hannah Gaskills reports for Maryland Matters.

HOTEL WORKERS PROTEST VETOES: Hotel workers are expected to hold a rally and virtual press conference Friday after Baltimore City Mayor Jack Young vetoed legislation intended to help laid off workers get rehired after the COVID crisis and another bill to keep their jobs in the event of an ownership change, Ian Round reports for Baltimore Brew. The union is asking for an emergency council meeting to override the veto.

FREDERICK MAN INDICTED FOR BIDEN-HARRIS THREATS: A Frederick man has been indicted by a federal grand jury on charges of threatening the lives of Joe Biden, the then-Democratic nominee for president, and his running mate, Kamala Harris, Bryan Sears reports for The Daily Record.

ST. MARYS UPDATE ON ROAD PROJECTS: In St. Mary’s County, local officials questioned the state on why there is are lengthy timelines on road projects during an update with the Maryland Department of Transportation, Madison Bateman reports for Southern Maryland News.