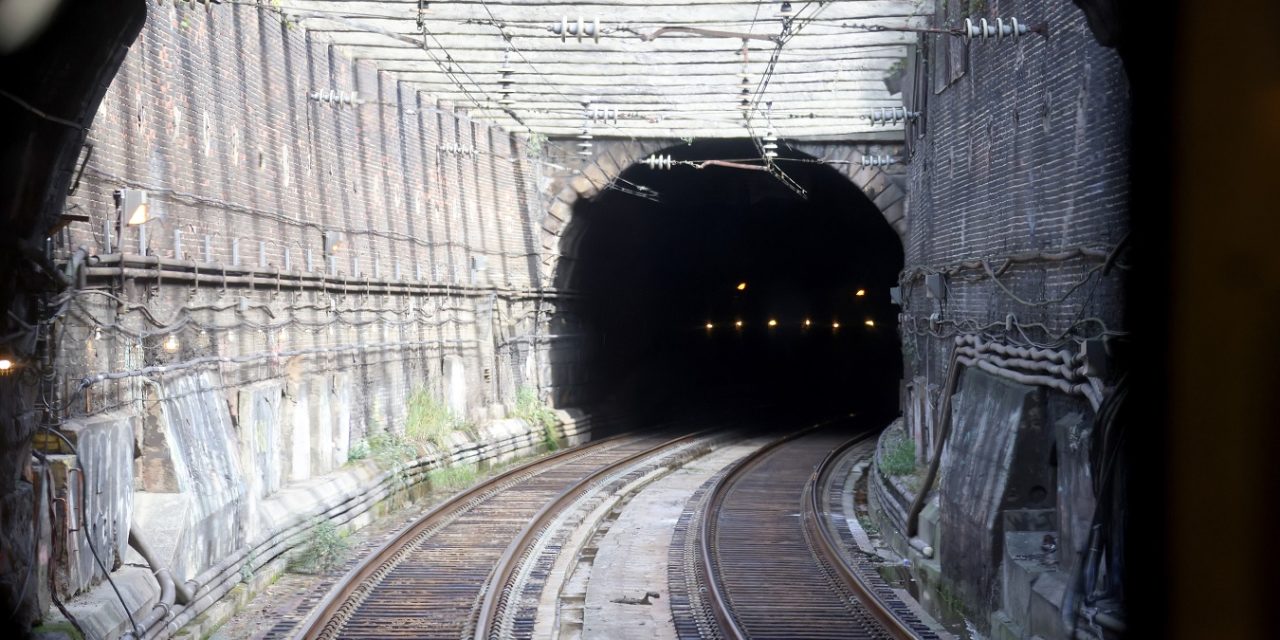 Replacing Amtrak's 148-year-old B&P Tunnel in Baltimore City is expected to generate 30,000 jobs in the region, maximize train capacity, and allow for express train service in under 30 minutes between Baltimore and Washington, D.C. Governor's Office photo by Steve Kwak

HOGAN PUSHES COVID BOOSTERS FOR THOSE ELIGIBLE: Gov. Larry Hogan Monday sought to clarify to Marylanders who is eligible to get a COVID-19 booster shot and urged all those who fall within that category to do so as soon as possible. Bryan Renbaum of Maryland Reporter writes that last week federal regulations approved both the Moderna and Johnson & Johnson booster shots for use in certain populations. Prior to that decision, the Pfizer BioNTech vaccine was the only approved booster shot.

POLL: SUPPORT FOR RECREATIONAL POT DIPS: A majority of Marylanders supports legalizing marijuana, but that support has slipped slightly, according to a new poll from Goucher College. Pamela Wood of the Sun reports that 60% of those surveyed by the Goucher Poll support legalization of marijuana for adult recreational use. That’s down from 67% support in the last Goucher College Poll in March.

BA CO COUNCIL MEMBER MOVES BACK INTO HER DISTRICT: Baltimore County Councilwoman Cathy Bevins said she is now living in a Middle River apartment after briefly moving to a home outside the 6th District she represents, despite a county charter requirement that council members live in the district they represent, Taylor DeVille reports for the Sun.

ATTORNEY IN UMMS SCANDAL DEFENDS ACTIONS: Prominent attorney Stephen Snyder is denouncing federal prosecutors’ comparison of him to disgraced attorney Michael Avenatti, saying the accusations are false and the criminal cases against the brash attorneys are nothing alike, Justin Fenton of the Sun reports. Snyder, 74, is facing federal extortion charges for seeking to extract $25 million from the University of Maryland Medical System in 2018.

GENE THERAPY PLANT PLANS MASSIVE EXPANSION: This is a Catalent manufacturing plant, where officials of the Catalent manufacturing plant near BWI in Anne Arundel County plan to announce a $230 million expansion Tuesday to their “suites,” or lines, where small amounts of the most advanced medical therapies are produced for some of the biggest pharmaceutical companies, Meredith Cohn reports for the Sun. Catalent makes vaccines too, but this site focuses on cell and gene therapies, a fast-growing field that promises a host of advanced treatments and cures for some of the worst diseases.

MO CO SCHOOL ENROLLMENT DOWN AGAIN: After a decade of rapid growth, Montgomery County Public Schools’ enrollment declined for the second consecutive year, a trend district leaders attribute to the COVID-19 pandemic, Caitlynn Peetz of Bethesda Beat reports. MCPS’ enrollment — which climbed as high as 166,000 students in 2019 — is 159,005 students as of Sept. 30.

VENETOULIS REMEMBERED FOR GOVT, MEDIA WORK, OPTIMISM: Pamela Wood of the Sun reports on the memorial service Monday for Ted Venetoulis, a political strategist, a government reformer, a Baltimore booster and a supporter of the free press in America, attended by local and national political figures as well as loving family members. Venetoulis, Wood writes, was also was a devoted father, an eternal optimist and a youthful spirit, according to those who knew him best and honored his 87 years of life. He died Oct. 6 after a brief illness.