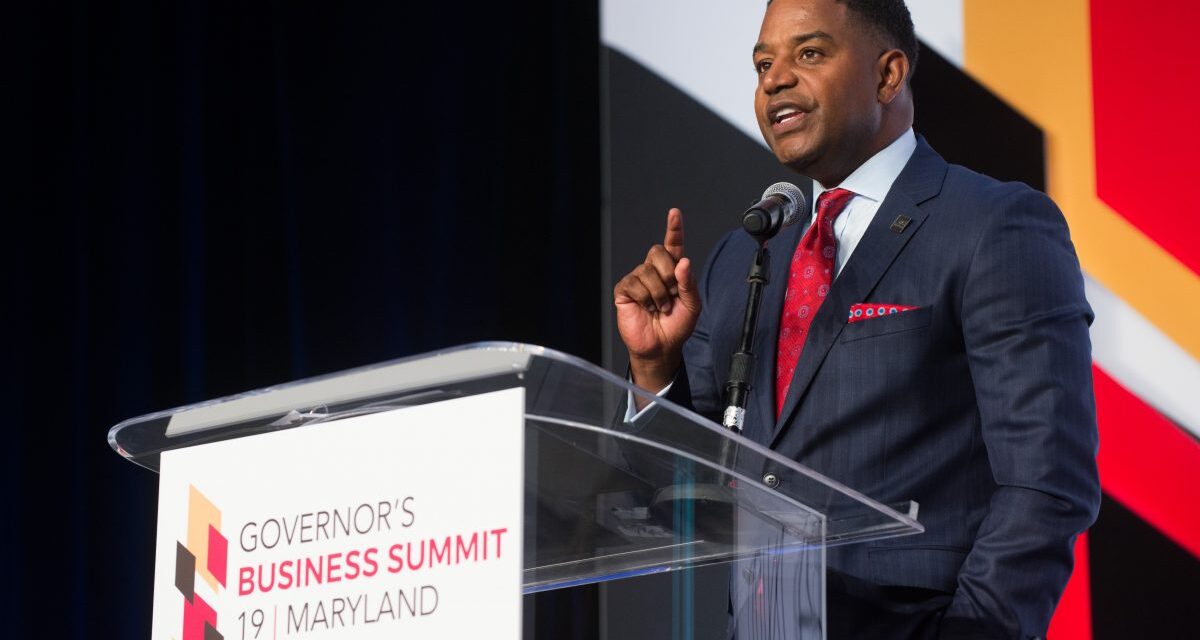 NEW GBC BOARD CHIEF URGES RACIAL EQUITY: The new chairman of the Greater Baltimore Committee’s board of directors emphasized the need for racial equity and unity amid national protests over the police killings of unarmed African-Americans, writes Bryan Renbaum for MarylandReporter. “Favoring one group over another causes societal challenges that limit progress for individuals, communities and cities. We must all be in this together, interconnected,” Calvin Butler Jr., said shortly after he was named to that position.

SCRAPING BY WAITING FOR UNEMPLOYMENT FUNDS: Jean Marbella and Hallie Miller of the Sun write about Marylanders who are still awaiting unemployment payments: “One woman said she was down to her last $7. Others have been reduced to couch-surfing with friends or moving back home with their parents. Still others have maxed out credit cards, depleted 401(k) funds meant for retirement or reluctantly gone on food stamps and other public assistance. … State and federal legislators have grown increasingly impatient as constituents continue to contact them about problems receiving benefits. ”

LAWMAKERS FOCUS ON LOOMING HOME-LOSS CRISIS: The economic fallout of an ongoing pandemic has state lawmakers asking what can be done to stave off a looming foreclosure and eviction crisis, writes Bryan Sears in the Daily Record. About 70% of the mortgages in the state are backed by the federal government and are subject to CARES Act provisions that provide two 180-day forbearance periods that begin at the request of the borrower. Those periods begin to expire in the spring without any extensions or other actions taken by the federal government.

FROSH WARNS ABOUT VOTER INTIMIDATION, SUPPRESSION: With early voting in Maryland set to begin in less than two weeks, Attorney General Brian E. Frosh (D) issued a harsh warning against voter intimidation on Wednesday, Bennett Leckrone of Maryland Matters reports. Voter intimidation is both a state and federal crime, Frosh said in a release. He said he plans to crack down on any attempted voter suppression during the upcoming election.

STRANGULATION OFFENSE TOUGHENED: Among the hundreds of state laws that went into effect this month in Maryland, Prince George’s County State’s Attorney Aisha Braveboy helped pushed one in making strangulation a first-degree felony. Besides strengthening the law to increase the penalty for up to 25 years in prison, the University of Maryland Prince George’s Hospital Center in Cheverly will allow health care workers to use enhanced technology to better assess a victim’s injury such as swelling under the neck that can progress over several days, William Ford reports for the Washington Informer.

CARROLL DELAYS HIGH SCHOOLS’ RE-OPENING: Carroll County high schools won’t be reopening on Monday after all. Pat Stoetzer of the Carroll County Times reports that while Carroll Public Schools’ hybrid learning plan is still set to begin Oct. 19, it will do so only at the elementary and middle school levels after the Board of Education voted Wednesday night to push back in-person learning at high schools by some 3 1/2 weeks.

FREDERICK PARENTS PROTEST VIRTUAL LEARNING: About 50 people gathered outside the Frederick County Board of Education’s building in downtown Frederick on Wednesday to protest the board’s decision last week to continue the virtual learning model through the end of the first semester in January, reports Greg Swatek for the Frederick News-Post. The rally was hastily organized following the board’s 4-3 vote to stay with the virtual model for now. There will be another on Oct. 20 from noon-2 p.m. at the same location.

WA CO TEACHERS SEEK COOPERATION ON REOPENING PLAN: Teacher frustration with Washington County Public Schools’ Return to Learn plan emerged last week as the leader of the Washington County Teachers Association addressed school officials. But since then, he said, cooperation between the association and WCPS administration has improved. WCTA president Neil Becker cautioned the Board of Education last week that teachers are strong, “but they can’t take much more,” as the Return to Learn plan unfolds, Joyce Nowell reports in the Hagerstown Herald-Mail.

A REMEMBRANCE: WHEN THE COMMUNISTS TOOK COMMUNION: MarylandReporter Publisher Len Lazarick recalls the day 25 years ago when he took a group of visiting Chinese journalists to Pope John Paul II’s visit to a packed Orioles stadium, garnering some of the best seats in the house and watching as they took communion with the sea of Christian worshippers. He writes, “I don’t think Jesus and the disciples asked who were the true believers when they handed out the loaves and fishes – how’s that for putting the best interpretation of this flagrant violation of church law?”

SOME PG RESIDENTS PUSH AGAINS SCHOOL CONSTRUCTION P3: Some Prince George’s County residents are pushing back on the construction of six schools through a $1 billion-plus public-private partnership. If approved, Prince George’s would be one of the first districts in the country to use a public-private model, or P3, to build schools, Elizabeth Shwe of Maryland Matters reports.

HOGAN LENDS MAINE SEN. COLLINS A HAND IN HOT RACE: In a column for the Portland, Maine, Press Herald, Maryland Gov. Larry Hogan endorses Maine U.S.Sen. Susan Collins for re-election, writing, “Senator Collins has set the gold standard for these Maine values. Her willingness to stand up against the powers that be to focus on what really matters is refreshing. Because of Senator Collins, nearly every Maine taxpayer owes less to the federal government now than they did three years ago, and she has done a tremendous job of supporting Maine families and small businesses.”

MARYLAND’s POTENTIAL ELECTORS: Bennett Leckrone of Maryland Matters writes about how the Elector College works nationwide and statewide and who they could be in Maryland. He writes, “The next president of the United States will ultimately be chosen by the 538-member Electoral College when it convenes in December, including 10 electors from Maryland. The number of electors is equal to the number of Senators and U.S. Representatives from each state.”

KANYE WEST OFFICIAL WRITE-IN PREZ CANDIDATE: The Maryland State Board of Elections confirmed Wednesday that Kanye West has qualified to be an official write-in candidate for the 2020 election in Maryland, marking the latest chapter in an unconventional presidential run, Angela Roberts of the Sun reports. 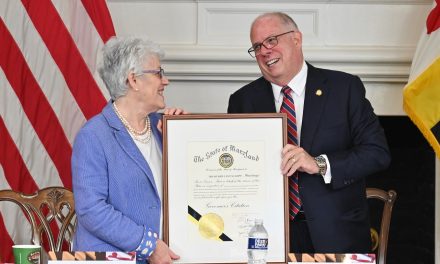