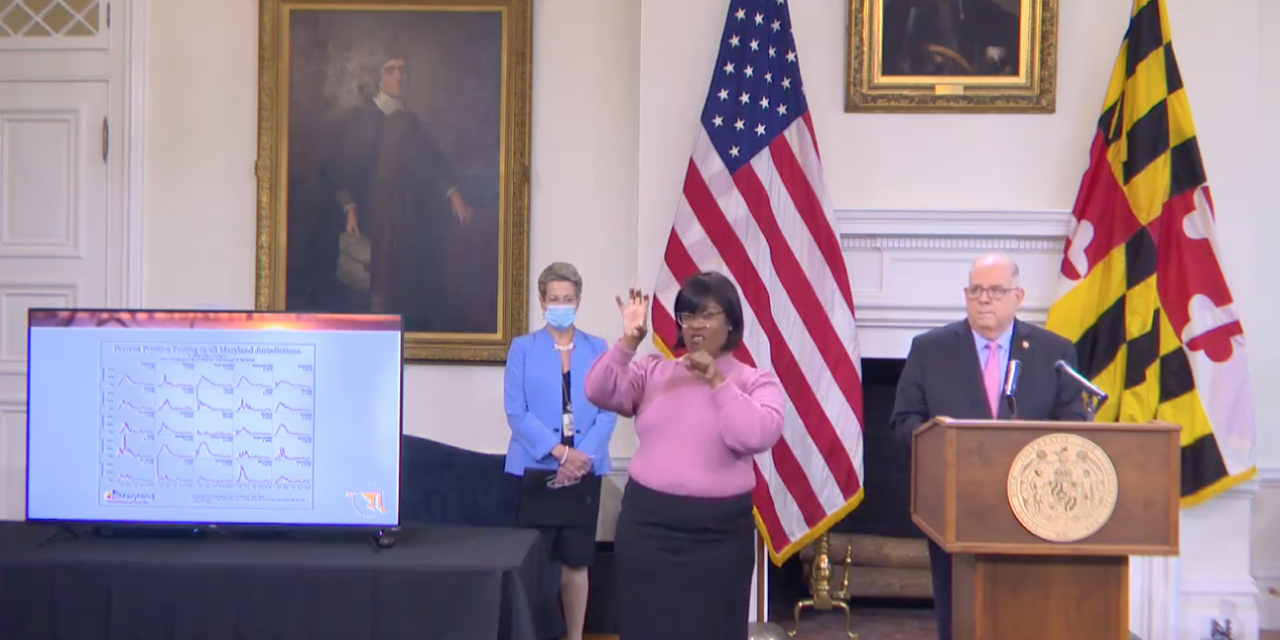 Maryland’s fight against the coronavirus pandemic has progressed to the point at which many of the state’s nursing homes will now be allowed to resume indoor visitation, Gov. Larry Hogan said Thursday.

The pandemic has had a devastating effect on the state’s nursing homes. Positivity rates at nursing homes have in general been significantly higher than that of the state’s average rate. Senior citizens are more likely to get seriously ill or die if they contract viruses because it is generally harder for them to fight off infections. Limited outdoor visitation at nursing homes has been permitted since mid-June.

“Today, effectively immediately, as a result of new federal and state guidelines and our advances in rapid testing-indoor visitation is now able to begin in all nursing homes that are not experiencing a current outbreak or that have not experienced any new positive cases in the last fourteen days,” Hogan said at a news conference at the State House in Annapolis.

Hogan added: “In accordance with new federal guidelines indoor visitation would not be permitted if a local jurisdiction’s positivity rate rises above 10%. This new federal policy and our new state efforts allow for more flexibility for compassionate care visits to support residents who need emotional and spiritual support.”

Hogan said the state is providing $6 million to test nursing home staff for the virus. The state previously provided $37 million for testing at nursing homes.

Hogan noted that fall is underway and that Marylanders should protect themselves from illness by getting a flu shot. The governor said the state is making preparations to gear up for a possible confluence of both the flu and the pandemic.

On schools, Hogan said that all 24 of the state’s jurisdictions are now in compliance with a mandate to submit plans for a return to in-person learning for a limited number of students. Right now most schools in Maryland are operating virtually.

Maryland’s positivity rate is at 2.88%, which is better than that of most states in the country.

Thursday marked the first day since March 28 that the state did not report any new COVID deaths.