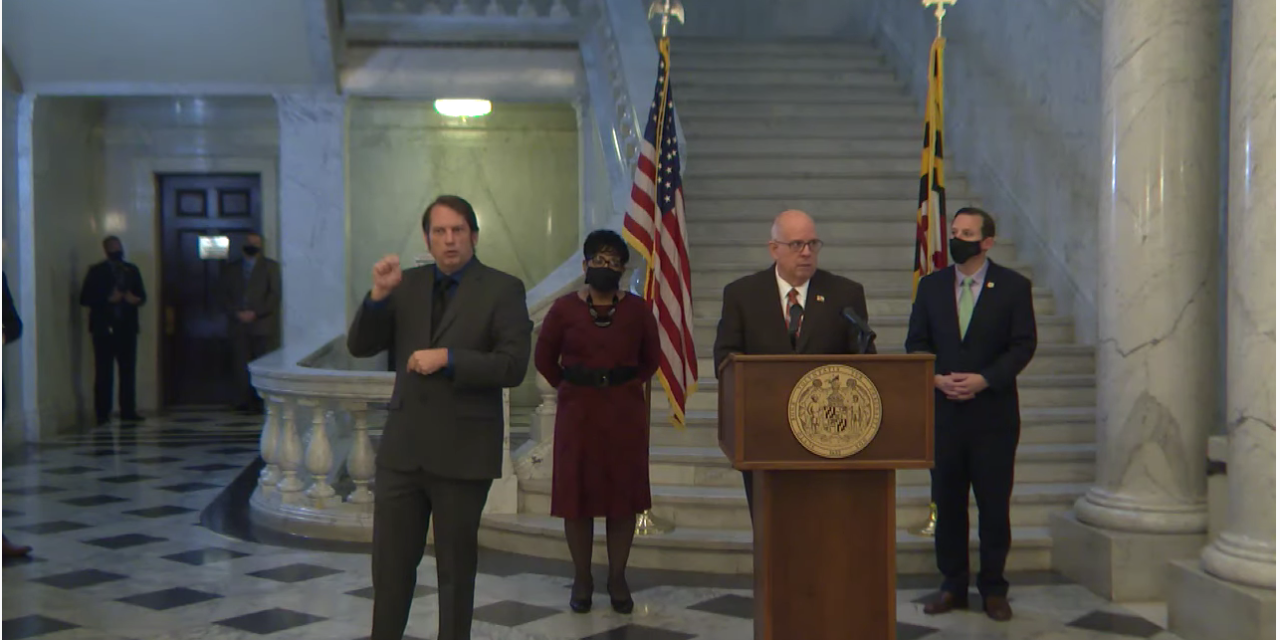 Gov. Larry Hogan said Wednesday that a bipartisan agreement has been reached on how to allocate the $3.9 billion in federal coronavirus relief funds that Maryland is poised to receive from the recent passage of the American Rescue Plan Act.

“I’m pleased to announce today that we have once again reached an historic bipartisan agreement on a fiscally responsible budget accord which effectively targets relief to Marylanders most in need,” Hogan said at a news conference at the State House in Annapolis.

Hogan was accompanied by Senate President Bill Ferguson and House Speaker Adrienne Jones. Both lawmakers echoed sentiments similar to that of the governor.

“We would not be here today if weren’t about collaboration and the spirit of getting things done for Marylanders,” Ferguson said.

“Today is another great day for bipartisanship in the state of Maryland,” Jones said.

The agreement includes plans to provide:

The agreement comes as lawmakers are in the process of trying to iron out a final agreement on the state’s $49 billion FY 2022 budget. The budget has passed both the House and Senate in different forms.