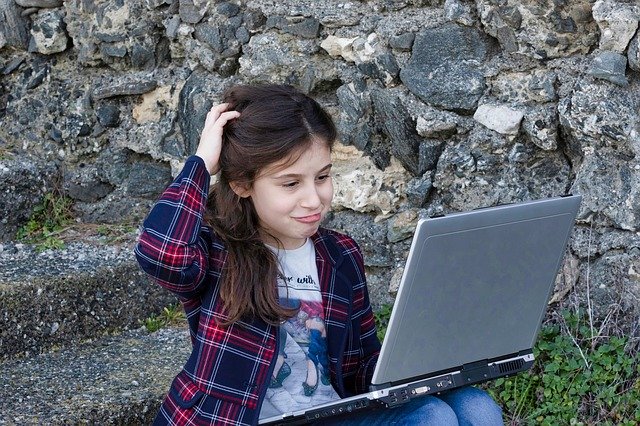 Image by Nicola Giordano from Pixabay

STUDENTS RETURN TO LEARNING: This morning, more than 400,000 students in the District and Maryland suburbs will turn on their computers, try to log into their classrooms and begin the 2020-2021 academic year without leaving their homes. No backpacks to hoist or lunchboxes to tote. No outdoor recess aswirl with new classmates. It will be the start to an unprecedented academic year in the middle of a global pandemic, and a year that could hardly have been imagined a year ago, Donna St. George and Perry Stein report for the Washington Post.

STATE TO HANDLE COVID-POSITIVE SCHOOL CASES INDIVIDUALLY: A call to bring students back into classrooms and school buildings around Maryland does not include guidance to parents and educators on what the academic year would look like when the first positive cases are diagnosed in children, teachers or staff, Bryan Sears reports for the Daily Record.

MO CO ‘DISMAYED’ BY HOGAN SCHOOL REOPENING: Montgomery County Executive Marc Elrich and the County Council released a joint statement on Saturday morning, saying they are “dismayed” and “perplexed” that Gov. Larry Hogan announced that school districts would be allowed to reopen “days before students return to school” on Monday, Briana Adhikusuma reports for Bethesda Beat.

OPINION: HOGAN FAILS ON SCHOOL REOPENING PLAN: The editorial board of the Sun opines that “Here’s how we might assess Larry Hogan’s summer school performance: ‘Does not work or play well with others.’ His high absenteeism and incomplete homework this summer, when local superintendents were struggling to develop plans for how to handle returning students this fall, deserves a failing grade.”

COLLEGES ADAPT TO CORONVIRUS: One-way elevators, online lectures and frequent health checks will be part of the back-to-school experience for some college students this year, writes Mike Lewis for the Hagerstown Herald-Mail. In addition to now-standard requirements, such as wearing masks, Hagerstown Community College and the University System of Maryland at Hagerstown have made changes designed to keep people safer during the COVID-19 pandemic.

STATE WORKER FIRED FOR ‘DIVISIVE’ POSTS: Gov. Larry Hogan’s administration on Saturday fired an employee for “divisive images and statements” made on social media, including posts that sympathized with the teenager charged with shooting demonstrators in Wisconsin, Pamela Wood of the Sun reports.

HOGAN SOUGHT SEAMLESS TRANSITION FOR CHIEF OF STAFF: With so much turmoil and pressing issues in Maryland and throughout the country, and with his Chief of Staff Matthew A. Clark leaving on May 29. Gov. Larry Hogan realized there was no pause button for a leisurely search for a replacement. Hogan selected someone familiar and within reach, and who could start June 1, Pamela Wood and Jean Marbella of the Sun write in this explainer replaying how things went to wrong so quickly with the new chief of staff.

RENTER ADVOCATES URGE COURT ACTION: With failure-to-pay-rent cases set to resume, housing advocates and lawyers are urging Marylanders who face eviction to fight for their housing in court, Bennett Leckrone of Maryland Matters reports. Maryland’s District Court is slated to begin hearing new failure-to-pay-rent cases on Monday. Advocates expect a wave of evictions after those overdue rent cases are heard, because many Marylanders have lost income due to COVID-19.

WICOMICO REOPENS EXEC SEARCH; ANDERTON TO RE-APPLY: A 30-minute session of the Wicomico County Council Friday evening yielded a majority consensus — without a formal vote — to restart the search for a new county executive, derailed earlier in the week when the council’s initial choice to fill the job, Dr. Rene Desmarais, declined it amid intense political blowback, Louis Peck reports for Maryland Matters. Del. Carl L. Anderton Jr.,R-Lower Shore) said this weekend he plans to reapply for the post.

UM LAW PROF ON NEW BOOK ON 19th AMENDMENT: For the 100th anniversary of the 19th Amendment giving women the right to vote, MarylandReporter spoke with Paula Monopoli, the Sol & Carlyn Hubert professor of Law at the University of Maryland Carey School of Law, about her new book “Constitutional Orphan: Gender Equality and the Nineteenth Amendment and what it means for us today.”

COVID UPDATE: FEWER HOSPITALIZED: Hospitalizations related to COVID-19 have reached their lowest level since March 31, Hannah Himes reports for the Frederick News-Post. In Maryland, there are 358 people in the hospital due to COVID-19, including 107 of those who are in intensive care. Between Saturday and Sunday, 29 people were released from the hospital. On Sunday, the state added 497 confirmed cases, bringing the total to 107,791. Six deaths were also confirmed. The death toll is now 3,609.

STEELE’s GOP POLITICAL FUTURE IN QUESTION: Bruce DePuyt of Maryland Matters reports that GOP insiders say that while former Lt. Gov. Michael Steele’s decision to join the Lincoln Project may be a coup for the organization — and provide Democrat Joe Biden’s presidential bid a boost — it could come back to haunt him should he decide to seek future statewide office. “It definitely conflicts with where the party is as a whole,” said Del. Matthew Morgan (R-St. Mary’s), a Trump supporter.

LAWMAKERS URGE ANSWERING CENSUS: Although Maryland is among the top 10 states for residents responding to the U.S Census, a bipartisan group of the state’ political leaders believe it is critical to reach the remaining population in the next four weeks, before the Sept. 30 census reporting deadline, writes Elizabeth Shwe for Maryland Matters.

COLUMN: SCHOOL SUFFERS MORE THAN MOST: Washington Post columnist Theresa Vargas writes about one Maryland school that has experienced more than its share of death from Covid-19, writing “If you scroll through the Facebook page of the Saint Francis International School in Maryland, you will see a community that has been asked in recent months to mourn more than most.”

ARUNDEL LEADERS MARK KING SPEECH ANNIVERSARY: Along with Annapolis and Anne Arundel County leaders, Phillip Chambers Jr. gathered in The People’s Park in Annapolis on Friday to mark the 57th anniversary of the March on Washington to reflect on progress and the actions necessary to realize Dr. Martin Luther King’s dream. “Foot soldiers,” people who attended the march 57 years ago, were recognized for their work alongside young organizers from Anne Arundel County, Olivia Sanchez writes for the Capital Gazette.

BREONNA TAYLOR FAMILY GATHER AT ANNAPOLIS MURAL: Tamika Palmer shouldn’t be here. She should be 600 miles away at her home, in Louisville, Kentucky, with her family and first-born daughter, Breonna Taylor, a Black woman killed by Louisville Metro Police executing a “no-knock” warrant. Instead, Palmer and about 30 family members — aunts, uncles, cousins, siblings — have gathered at a basketball court in Annapolis to witness the mural now stretching out before their feet, Brooks DuBose of the Capital Gazette reports.

CABIN PRESERVATION IN HAGERSTOWN: At a time when more Americans are thinking about Black history, the log cabin on Jonathan Street in Hagerstown has captured the attention from preservationists around Maryland and beyond, Christina Tkacik of the Sun writes. This summer, a statewide preservation advocacy group based in Baltimore purchased the building with plans to bring it back to life as a residence. In Hagerstown, activists hope the refurbished old cabin will be a catalyst for change in one of the state’s oldest African American communities, a likely stop on the Underground Railroad.

STATE TROOPER KILLS DRIVER: Hallie Miller, Stephanie García and Phillip Jackson of the Sun report that a Maryland State Police trooper fatally shot a man who police said dragged the trooper more than a third of a mile after being pulled over on Interstate 95 in Elkridge early Friday morning.