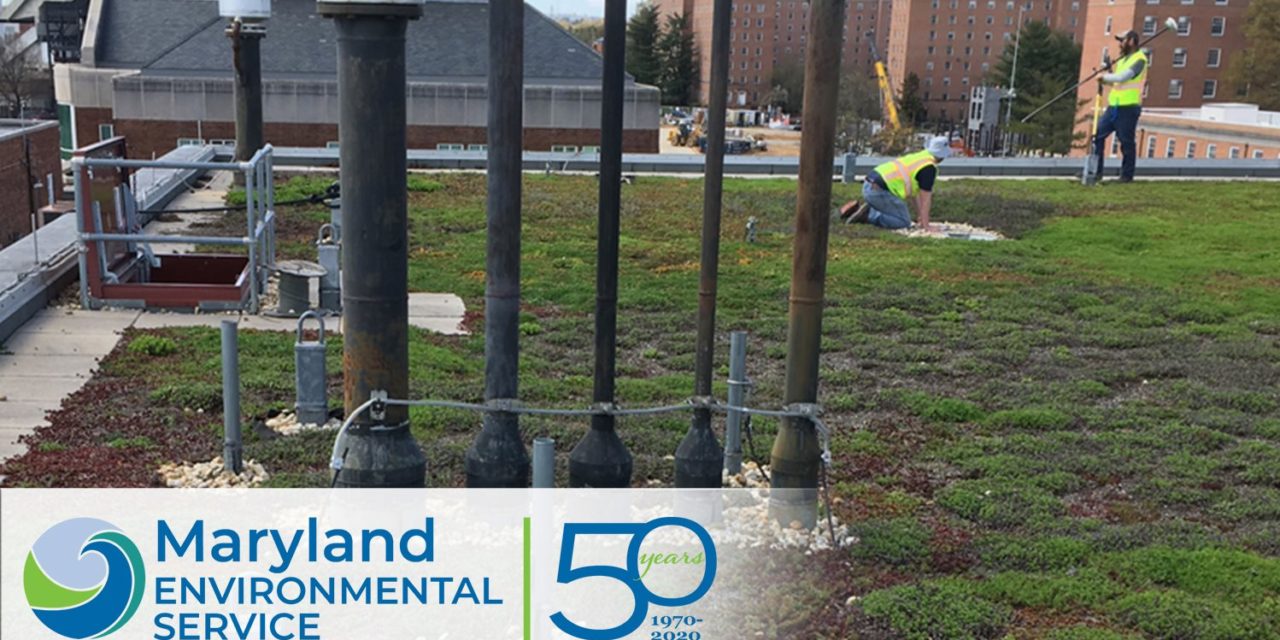 MES BOARD: WE WERE PROBABLY MISLED: Members of the Maryland Environmental Service board of directors told a legislative committee Tuesday that the agency’s director, Roy McGrath, as he left to become Gov. Larry Hogan’s chief of staff, assured them that the governor was on board with a proposal to give him a year’s salary as severance, Pamela Wood of the Sun reports.

WHAT IS MARYLAND ENVIRONMENTAL SERVICE: Elizabeth Shwe of Maryland Matters answers the question: what is the Maryland Environmental Service? MES is an independent state agency that provides environmental and infrastructure services to public and private entities, but mostly to state and local governments. It has no regulatory authority and functions as a nonprofit business arm.

OPINION: WHO IS MINDING THE STORE: In a column for Maryland Matters, Josh Kurtz looks not only at the situation with Roy McGrath but at other hiring and patronage positions pushed by Gov. Larry Hogan.

DOES SUPPORTING TRUMP HELP OR HURT LOCAL POLS? Being elected to office as a Republican in deep-blue Maryland is a challenging endeavor. That challenge is further complicated by a down-ballot association with President Donald Trump’s often inflammatory rhetoric. Bryan Renbaum of Maryland Reporter speaks with local Republicans about whether it hurts or helps to be a vocal Trump supporter in their districts.

FORMER LT. GOV. STEELE JOINS LINCOLN PROJECT: Former chairman of the Republican National Committee Michael Steele, a former lieutenant governor of Maryland, is joining the Lincoln Project, a group of Republicans working to prevent President Donald Trump’s re-election. “Today is the day where things should matter and you need to take stock of what matters to you — and the kind of leader you want to lead in these moments. And for me, it ain’t him,” Steele, a political analyst for MSNBC said making the announcement to host Nicole Wallace on Monday afternoon.

PENCE SPEECH HITS SNAG AT FT. McHENRY: Vice President Mike Pence is to deliver his Republican National Convention address Wednesday night at Fort McHenry following a week of preparations that hit a snag when a forklift damaged a brick walkway at the historic landmark. And a national parks watchdog group issued a statement expressing concern about “resource damage” at the national monument, and said it was “inappropriate” for national parks to be used for such campaign events, Jeff Barker of the Sun reports.

ORIOLE PARK MAY BE VOTING CENTER: Baltimore City election officials are finalizing a deal to use Oriole Park at Camden Yards as a voting center for the November election, Emily Opilo of the Sun reports.

FEWER THAN 400 NEW COVID CASES REPORTED: Maryland reported fewer than 400 new COVID-19 infections for the first time in nearly two months on Tuesday, as the state enjoyed the upperhand against the novel coronavirus over the last 24 hours, Greg Swatek reports for the Frederick News-Post. The 377 new cases documented by the Maryland Department of Health represented the smallest one-day increase since July 6 (272), marking the second time in the last week the state has hit that benchmark.

B’MORE MAYOR HOPEFUL, WIFE LOAN CANDIDACY: With a little more than two months before the Nov. 3 election, independent Baltimore mayoral candidate Bob Wallace reports having more than $360,000 cash on hand as he seeks to break through to a heavily Democratic electorate. He and his wife have together lent his campaign $343,000, Talia Richman and Emily Opilo of the Sun report.

POST OFFICE SUPPORTERS PROTEST AROUND STATE: Just half an hour before the post office closed in downtown Annapolis, two dozen masked people gathered on the narrow, brick sidewalks on West Street with handmade signs and flyers, pleading with anyone who would listen to ask their senator to support funding for the U.S. Postal Service, Olivia Sanchez reports for the Annapolis Capital.

ARUNDEL DROPS SLOGAN AFTER ETHICS PANEL RULING: Anne Arundel County’s coronavirus recovery effort will no longer be called “Build Back Better” after the Ethics Commission decided that it can be seen as support for Democratic presidential nominee Joe Biden, who uses the same slogan, Olivia Sanchez reports in the Annapolis Capital.

MOVE TO RENAME COLUMBUS OBELISK IN B’MORE: Legislation that would rename the Columbus Obelisk monument to honor victims of police brutality is heading to the Baltimore City Council after it was unanimously approved by the city’s Housing and Urban Affairs Committee on Tuesday, Phil Davis of the Sun reports.

MONUMENT TO DISPLACED BLACKS AT FSU: Lance Jackson Sr. stood on ground rooted deep in his lineage and asked God to “bless the families that were displaced by the growth of this university.” Jackson was among a crowd of people at Frostburg State University’s campus Tuesday for the dedication of a monument to an area and era that marks sacrifice, racial injustice and an example of how to overcome inequities with strength, grace and hard work, Teresa McMinn of the Cumberland Times-News reports.

PG PROPOSES TO BUILD 6 NEW SCHOOLS: The Prince George’s County School Board recently held a virtual meeting to review a proposed construction project that could cost taxpayers nearly $960 million. The money, based on an annual cap of $32 million for 30 years, would be used to construct six new schools, William Ford reports for the Washington Informer.