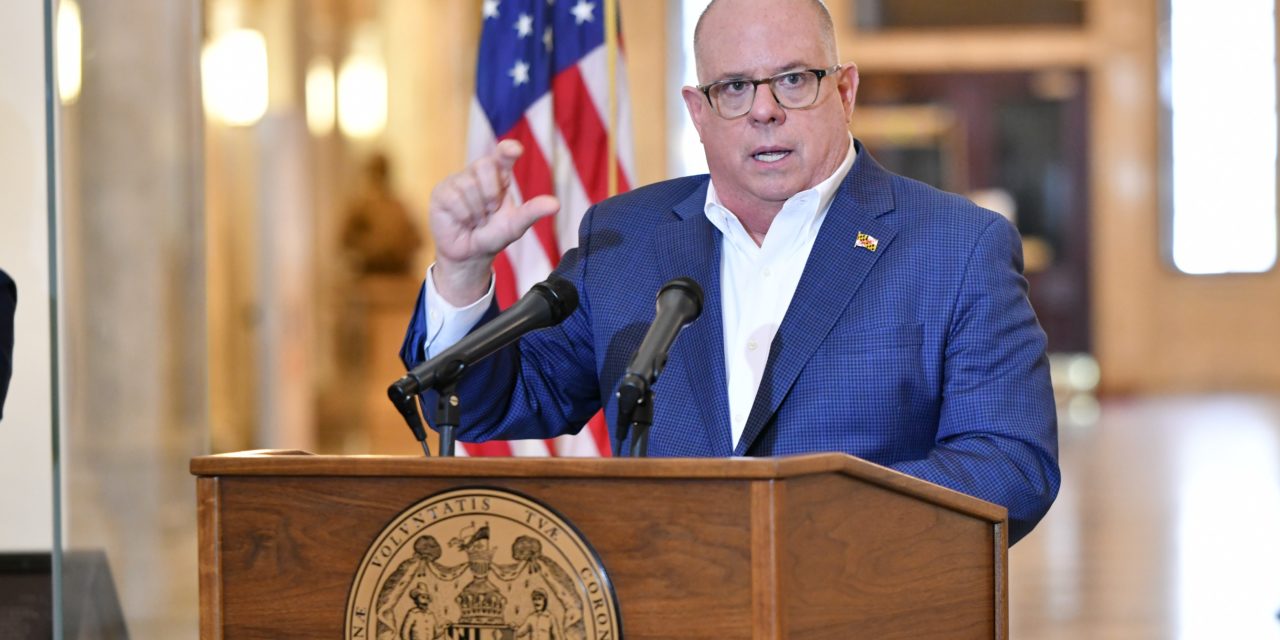 At a news conference Wednesday afternoon in Annapolis, Gov. Larry Hogan outlined steps the state is taking to try to control the spread of COVID-19 among poultry workers. He also described the assistance the federal government is giving. Hogan also discussed his executive order mandating testing for all nursing home residents and staff. (Executive Office of the Governor)

NURSING HOME RESIDENTS, STAFF TO BE TESTED: Gov. Larry Hogan said on Wednesday that he has ordered all Maryland nursing home residents and staff to be tested for the coronavirus regardless of whether or not they have exhibited any symptoms of the virus, reports MarylandReporter’s Bryan Renbaum. 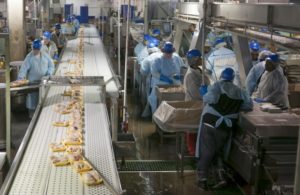 HELP FOR DELMARVA PLANT WORKERS: Gov. Hogan also said during Wednesday’s press conference that Maryland is getting help from the federal government in the state’s efforts to contain outbreaks at poultry plants on the Delmarva peninsula that could threaten the nation’s food supply chain, Regina Holmes writes for MarylandReporter.

736 MORE CASES, 56 MORE DEATHS: Reporting for the Hagerstown Herald-Mail, Dave McMillion writes that another 736 positive cases of COVID-19 were recorded Wednesday in Maryland, and 56 more people died in the state, according to the Maryland Department of Health. Total cases in the state stood at 20,849, and there have been 985 deaths.

DELAY IN USING S. KOREAN TEST KITS: More than 10 days after a chartered Korean Air plane landed with more 500,000 COVID-19 testing kits, Maryland has not been allowed access to them  —  much to the frustration of local, state and federal leaders seeking to alleviate community testing shortages, Erin Cox and Steve Thompson of the Post are reporting.

NEW SURGE IN JOBLESS CLAIMS EXPECTED: Maryland is likely to see another massive surge in weekly unemployment numbers on Thursday — even as the state continues to field droves of complaints from cash-strapped Marylanders who say they’ve been unable to apply for benefits for weeks, writes Danielle Gaines for Maryland Matters.

HOGAN VOWS TO FIX JOBLESS WEBSITE: Gov. Larry Hogan announced during Wednesday press conference that he is going to ensure that fixes are implemented quickly on a failing website that is preventing tens of thousands of workers displaced by the COVID-19 pandemic from filing for unemployment benefits, Bryan Sears is reporting in the Daily Record. You can also watch the governor’s press conference here.

CHILD-CARE PROVIDERS STILL AWAIT PAYMENTS: While the state of Maryland is covering child care for essential employees through the state’s Emergency Personnel Child Care program, child care providers across the state are saying that they haven’t received any of their payments yet. Erika Riley of the Frederick News-Post speaks with a number about how they are coping.

QUESTIONS CONTINUE ON EARLY INMATE RELEASE: Amid the state’s response to the coronavirus pandemic, writes Alexis Fitzpatrick for the Hagerstown Herald-Mail, Washington County Del. Paul Corderman has continued his mission to get inmates sent back to their home jurisdictions upon release from state prisons. Corderman and other House Republicans sent a letter to Gov. Larry Hogan’s office late last week questioning the state’s early release of inmates.

HOGAN ON DAILY SHOW, AND MORE …: Gov. Hogan spends 10 minutes speaking with Trevor Noah on The Daily Show about how he and other governors are dealing with Covid-19 and what the next steps are to open up the economy.

SLIGHT UNDER-PERFORMANCE FOR MFUME: Democrat Kweisi Mfume held a 2-1 advantage over Republican opponent Kimberly Klacik in votes cast at in-person voting centers Tuesday, although he under-performed compared to preliminary results across the rest of the 7th District, Emily Opilo of the Sun reports.

COLUMN: EPA MUST NOT RELAX STANDARDS: In a column for Maryland Matters, Del. Brooke Lierman and Sen. Sarah Elfreth opine on the EPA’s decision to relax pollution controls during the COVID-19 crisis – when it appears that air pollution is a contributing factor to the worse cases of the illness.

RATS AND MORE RATS! Baltimore exterminators say the city’s rats have moved from restaurants to homes as the coronavirus pandemic has cut down on food waste from the city’s eating establishments, Phil Davis of the Sun reports. Frank Simms, the owner of Q Pest Control, said calls about rat infestations in Baltimore City residences have doubled since the beginning of the pandemic, coinciding with Gov. Larry Hogan’s orders closing businesses and restricting social gatherings.

TRONE COMPANY REVERSES PAY RAISE: Katie J.M. Baker of BuzzFeed News reports that U.S. Rep. David Trone of Maryland has positioned himself as a protector of frontline workers during the coronavirus pandemic. In mid-March, the company he co-founded and owns announced a $2-an-hour pay raise for its own essential workers. A few weeks later, Trone’s multibillion-dollar company, Total Wine & More — with 206 stores in 24 states — reversed course.

FREDERICK TO OFFER GRANTS: The City of Frederick will provide grants to help nonprofit organizations help residents affected by the COVID-19 pandemic, Ryan Marshall of the Frederick News-Post reports. The program will give grants of up to $10,000 to organizations, with the grants selected by a committee of government officials and city staff and funded with $200,000 from the city’s general fund balance. 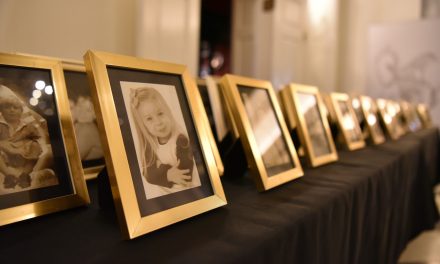