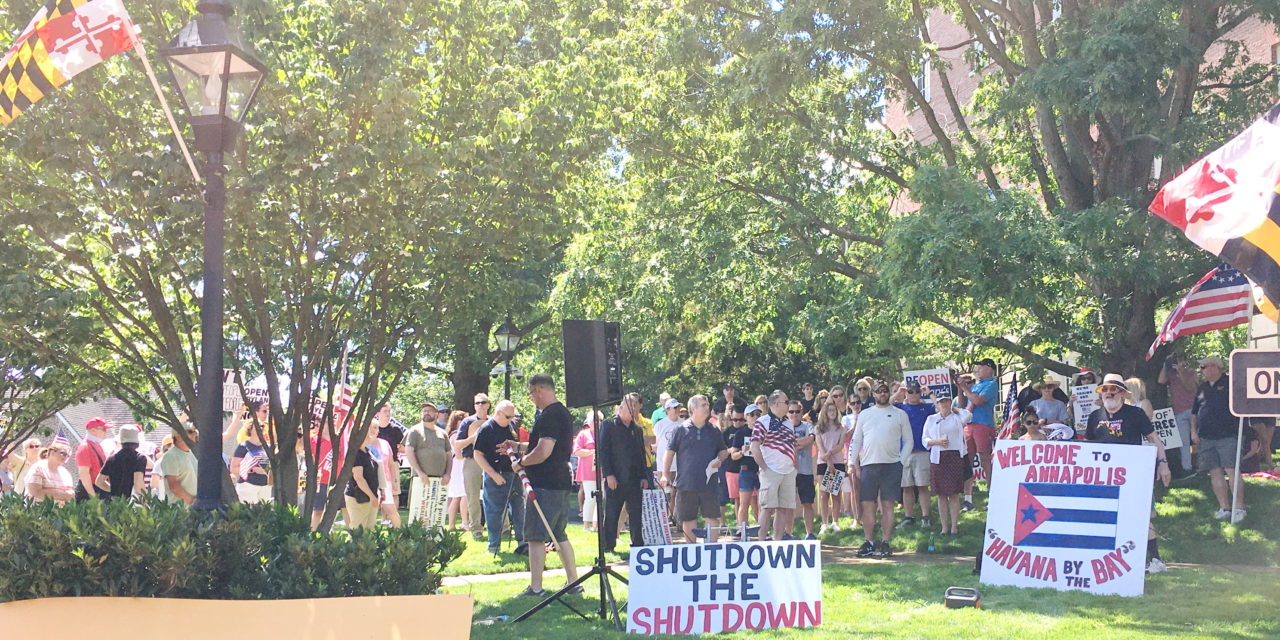 As protests against the killing of George Floyd in Minneapolis heat up across the region, demonstrations are cooling down against pandemic shutdown orders that are gradually lifting.

In Annapolis Saturday, under a bright, sunny sky, slightly more than a hundred Reopen Maryland protesters gathered on the State House lawn, only about a third of the number that had shown up there at a similar protest two weeks before.

At almost the same hour, a somewhat larger number of Floyd protesters had marched up nearby Main Street. They were younger and most were African-American. (Here’s an extensive gallery of photos of the Floyd protest by the Capital-Gazette’s Paul Gillespie.)

Even more people were strolling the street and sitting at tables outside eateries as businesses reopened. Signs posted on parking meters counseled people to social distance and wear masks, which many people did. 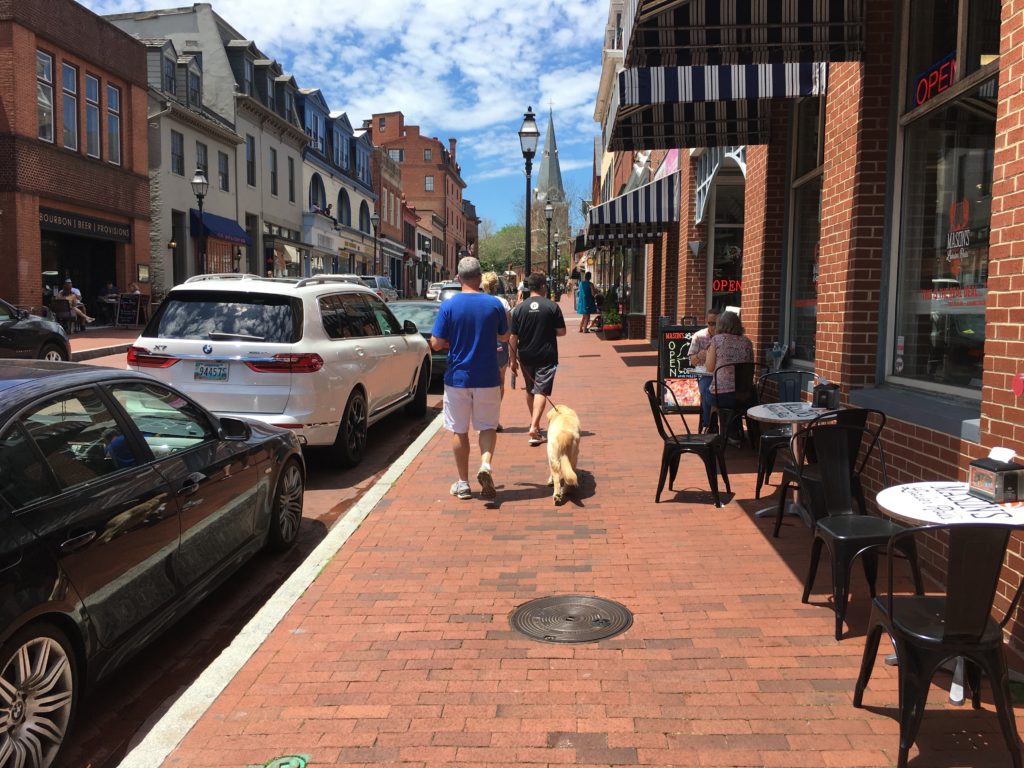 As standard with Reopen events across the state, masks were rare and hugs and handshakes were common among the older, predominantly white crowd.

The rally opened with the national anthem, the Pledge of Allegiance, and a prayer, and speakers made repeated reference to attending church and the importance of putting God back into American civil life. Signs and T-shirts proclaimed “Faith over Fear.”

The crowd booed the Supreme Court’s Friday decision against a San Diego church that wanted to reopen against the order of California’s governor.

“Put God back on the throne,” instead of  the current crop of elected leaders, said state Sen. Johnny Ray Salling, a Dundalk Republican, as he listed the “God-given rights” in the First and Second Amendments. “Let’s give God the glory.”

Salling is one of six Republicans running for U.S. representative in the 2nd Congressional District.

Matthew McBride, a health policy expert, was critical of news reports about the incidence of the virus and promoted the new guidance by the World Health Organization that advises the use of masks only in limited situations. This differs from the more widespread use of masks advocated by Johns Hopkins Medicine and the Centers for Disease Control, and implemented by Maryland officials.

Michael Peroutka, the founder of the Institute on the Constitution and a former member of the Anne Arundel County Council, led the crowd twice in a mantra on their rights.

“There is a God … Our rights come from God … The purpose of civil government is to protect God-given rights.”

Reading numerous provisions of the Declaration of Rights that begins the Maryland state constitution, Peroutka maintained that Gov. Larry Hogan had violated the constitution and effectively removed himself as governor.

A Maryland poll taken May 19-23 found that voters who think the restrictions imposed by Gov. Hogan had “gone too far” were in a distinct minority, just 22% of the electorate. A majority of voters polled, 63%, found the restrictions “have been about right.”  Fifteen percent of the sample of 810 even said the Hogan restrictions “hadn’t gone far enough.”

Rascovar: Trump all the way for Md. delegates

Elrich: ‘If your excuse was you did not want to take an experimental vaccine, that excuse is gone’