Retired police officer Larry Zarzecki talks about the thousands of dollars in drugs on the table he must take each month to control his Parkinson's disease. Listening, from left, Tammy Bresnahan of AARP, Harford County Executive Barry Glassman and Van Mitchell, chair of the new Maryland Prescription Drug Affordability Board. The board held a forum on Monday at Ellicott City 50+ Center. MarylandReporter.com photo by Len Lazarick

The president of Maryland Citizens’ Health Initiative said he is confident that the General Assembly will vote to override Gov. Larry Hogan’s veto of legislation that would have established a permanent funding source for the Prescription Drug Affordability Board.

The body is expected to reconvene in January 2021.

“It was introduced by the Speaker and the Senate President. They don’t do that very often. It’s got their names on it. So they’re committed to it,” Vincent DeMarco told MarylandReporter.com in a phone interview on Wednesday.

“Second, the margins by which it passed were really overwhelming. In the Senate, 45-0. Nobody voted against it. In the House, it was 98-36-well above what you need for an override. Number 3 reason-is nobody, nobody-testified against it in either House. Not even the administration, which is part of the reason that the veto is so baffling.”

DeMarco questioned the veto, especially during the pandemic.

“It doesn’t make any sense in this time of coronavirus and budget deficits to deny the state the $750,000 this bill would raise from the pharmaceutical companies and others and pay the state back.”

On May 7, Hogan vetoed 22 bills the legislature passed during the truncated 2020 session. Prior to the vetoes Hogan had said that he was unlikely to approve any legislation that would increase spending due to financial burdens imposed by the pandemic. Hogan ordered a budget and hiring freeze on April 10 after the state’s top economist projected that $2.8 billion in estimated revenue could be lost during the current fiscal year due to business shutdowns aimed at preventing the spread of the virus.

Hogan explained his decision to veto funding for the board along with three other bills in a letter to Senate President Bill Ferguson and House Speaker Adrienne Jones.

“These misguided bills would raise taxes and fees on Marylanders at a time when many are already out of work and financially struggling. With our state in the midst of a global pandemic and economic crash, and just beginning on our road to recovery, it would be unconscionable to raise taxes and fees now. To do so would further add to the very heavy burden that our citizens are already facing.”

The Baltimore City Council passed a resolution on Monday that urged the General Assembly to override the veto of legislation to fund the board.

DeMarco said he rejects Hogan’s claim that funding the board would amount to a tax increase.

“It’s nothing like that. The Board estimated that the assessment will be placed on 1400 entities-drug corporations, PBM’s (Pharmacy Benefit Management) and insurers. And the Board would plan to assess them $1,000 a year each…it’s not going to affect Marylanders. It’s just a tiny tiny assessment.”

But Del. Brian Chisholm (R-Anne Arundel), who sits on the Health and Government Operations Committee, said he has concerns about the board’s eventual power to set price caps on drugs. 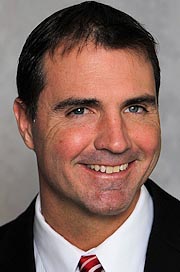 “When we start to arbitrarily set limits on what will pay for something it then forces some of these manufacturers out of the state. Obviously prescription drug costs are through the roof and unsustainable-so something has to be done. But…whenever the government tries to control something it tends to get out of control. Because it’s not their area of expertise.”

Chisholm said the price of funding the board is a “drop in the bucket compared to the rest of the budget.” However, he went on to say that right now “every dollar counts.”

Chisholm reiterated that the board’s eventual power to set prices could have unintended consequences.”

“It wasn’t the worst bill. It’s just anytime we’re trying to control costs, I think it has unintended consequences at times.” 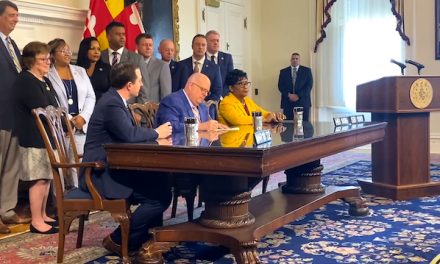