STATE’S PRISON CASES TRIPLE, CONTROVERSY ABOUT HOW TO RESPOND: COVID-19 cases have more than tripled in Maryland’s prison system, Mike Lewis for the Hagerstown Herald-Mail reports. “In the event that a large number of inmates need to be treated, the department is working with the Army Corps of Engineers to put up medical tent facilities at Maryland Correctional Institution-Hagerstown and Jessup Correctional Institution, with possible other locations,” Lewis writes. 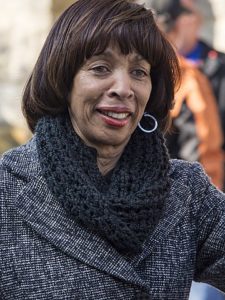 UNEMPLOYMENT CLAIMS CONTINUE MASSIVE INFLUX: Another 108,508 Marylanders filed for new unemployment claims in the past week, the latest in a massive influx of claims that has snarled state phone lines due to the coronavirus pandemic, Bryan Sears writes for The Daily Record.

FEDERAL AID FOR THE STATE: Maryland is set to receive nearly $5 billion in federal assistance from the $2 trillion federal stimulus, Luke Broadwater for the Sun reports. Broadwater outlines where the money will go to state, local governments and colleges and universities.

NUMBERS AROUND THE STATE: Anne Arundel County reported 39 new cases Thursday, a day after the county saw its largest single-day spike of coronavirus cases — bringing the total confirmed cases to 505, Brooks DuBose writes for the Capital Gazette. The county is now the fifth jurisdiction to pass the 500-case mark.

GARRETT MAKES EMERGENCY COMMUNICATIONS PURCHASE: The Garrett County Commissioners approved the purchase of a new site for emergency communications, with about $800,000 of the $1 million purchase funded through state bonds, Renée Shreve reports for the Garrett County Republican. Commissioners said the coronavirus pandemic shows the need for a dedicated building for emergency communications.

AG FROSH WARNS INSURERS NOT TO BILL FOR CORONA: Maryland Attorney General Brian Frosh “warned health care providers Thursday against collecting payment or billing for patient co-pays, coinsurance or deductibles for costs related to COVID-19,” according to the staff of The Daily Record.

OPINION: STATE SHOULD PROTECT VOTERS: The catastrophe that was the Wisconsin primary election this week shows Gov. Larry Hogan was wise to delay the Maryland primary from April until June, and now the state needs to get planning right to ensure the safety of voters, opines the editorial board of the Frederick News-Post.

MAIL PAPER TAX RETURNS TODAY:  Maryland Comptroller Peter Franchot is urging Marylanders who plan to file a state tax return by mail and are expecting a refund to get their return postmarked today. On Wednesday the comptroller’s office will temporarily stop processing paper returns due to staffing issues because of COVID-19, MarylanderReporter writes.

MD NONPROFIT GIVES VENTILATORS TO NY: “A Frederick charitable organization donated 27 ventilators this week to New York, one of the hardest-hit states in the country during the novel coronavirus outbreak,” Jeremy Arias reports for the Frederick News-Post.

OPINION: The Baltimore Sun “comprises not a single reporter or media or political writer on its staff whose likely political slant is to the right of progressive, which is left of liberal,” Towson University Professor Richard E. Vatz opines in MarylandReporter — and that’s a problem.