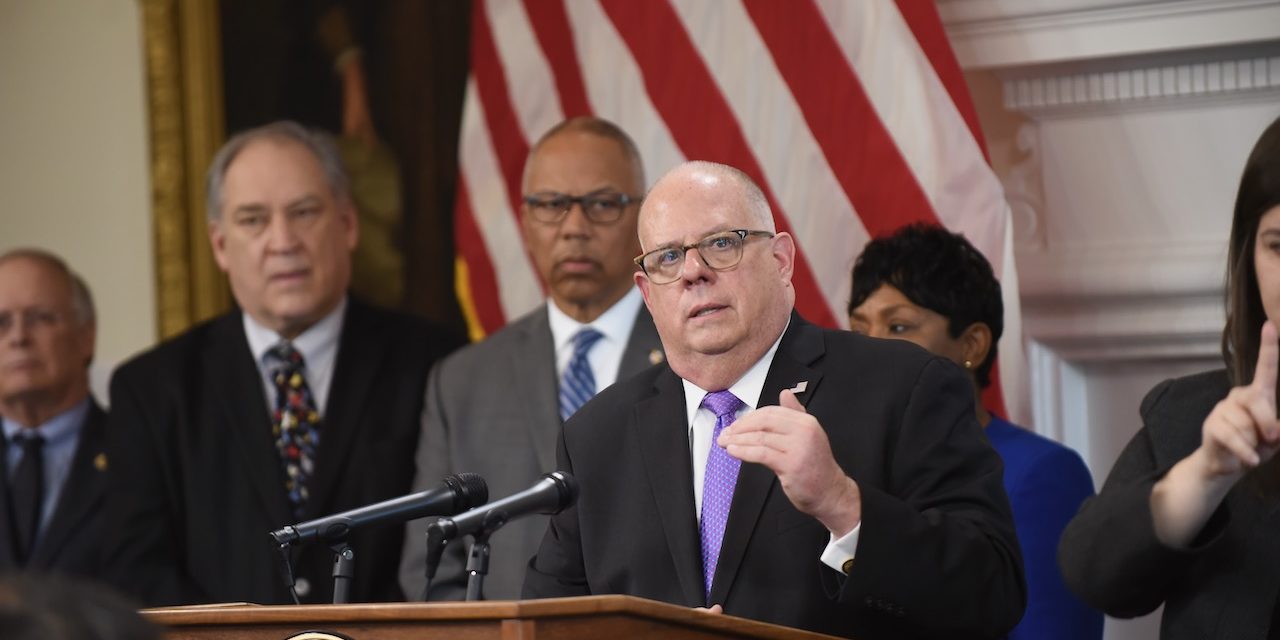 EMERGENCY COVID-19 LEGISLATION, OTHER STATE ACTIONS: After joining Vice President Mike Pence at the White House Monday morning for a teleconference with the nation’s governors, Gov. Larry Hogan enacted emergency legislation allowing him to transfer up to $50 million from the state’s Rainy Day Fund to pay for Maryland’s coronavirus response, Regina Holmes writes in MarylandReporter.

6th MARYLAND CASE OF COVID-19: A person in Prince George’s County tested positive for the coronavirus, bringing the state’s total to six people who have contracted the novel virus, McKenna Oxenden of the Sun writes.

VIRUS IS EASILY SPREAD: How contagious are people? When are they spreading the virus? Meredith Cohn of the Sun writes that the virus appears to be easily passed and the two-week quarantine period that has become standard is reasonable, according to researchers from the U.S. Centers for Disease Control and Prevention and the Johns Hopkins University looking at available data.

BUSINESSMAN PLEADS GUILTY IN DEL. GLENN BRIBERY CASE: A Baltimore businessman admitted in court on Monday to bribing then-state Del. Cheryl D. Glenn with payments totaling $42,500 on behalf of two companies trying to get licensed in the medical marijuana industry, as well as for legislation that would help his computer-training business, Steve Thompson of the Post is reporting.

EX-DELEGATE STIRS POT OVER TOBACCO BILL: Former Del. Frank Turner (D-Howard) circulated a letter to his ex-colleagues on the House Economic Matters Committee in opposition to the bill that would ban the transport, manufacture or sale of flavored tobacco products in Maryland to reduce the number of youth smokers in the state, Hannah Gaskill reports in Maryland Matters.

REPLACING TANEY WITH MARSHALL? U.S. House Democratic leaders want to remove a bust at the U.S. Capitol of Roger Brooke Taney, the Maryland-born former U.S. Supreme Court chief justice best known for writing the Dred Scott decision holding that black Americans were not citizens, reports Jeff Barker of the Sun. The bust would be replaced by one of Associate Justice Thurgood Marshall — also a Marylander — who became the first African American to serve on the Supreme Court in 1967.