LAWMAKERS DEBATE SPOUSAL RAPE LOOPHOLE: State lawmakers are considering a bill that would repeal a clause that allows marriage as a defense against charges of rape, reports Rachel Baye for WYPR. Though marital rape became a crime nationwide in the 1990s, Maryland is one of several states that continues to have this loophole on the books.

OPINION: CASH IN THE COURTROOM: It’s almost a cliche now to say how corrosive money in politics has become. But fundraising in these judicial races can be particularly unseemly, Josh Kurtz writes for Maryland Matters. They get next to zero public attention, which means, inevitably, it’s only lawyers who may have cases before these judges who are contributing money to their campaigns and working the polls on their behalf. 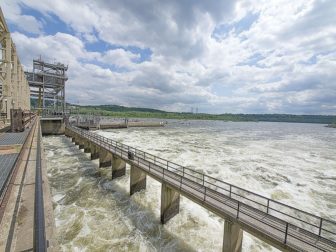 OPPOSITION TO CONOWINGO DEAL: Environmental groups and some rural Maryland officials are calling on federal regulators to reject the deal that the state has reached with the owner of the Conowingo Dam, Timothy Wheeler reports for the Bay Journal. The deal is meant to address the harm the hydropower facility has caused to the Susquehanna River and the Chesapeake Bay. Spurred by opposition, a bipartisan group of state lawmakers is making a bid to block the agreement through legislation.

SEX OFFENDER SUPERVISION PROPOSED: Discussion on a bill to require certain sex offenders to face lifetime sex offender supervision included testimony from a St. Mary’s mother of three, and the prosecutor who worked a case against the man who abused one of her children, Dan Belson reports for the St. Mary’s Enterprise.

MEDICAL MARIJUANA IN JAIL: Lawmakers are taking another shot at legislation to let local jails prohibit medical marijuana, reports Tamela Baker for the Hagerstown-Herald Mail. They’re hoping the third time will be the charm since it was first sought in 2018.

DEADLY ASSAULT SPURS HATE CRIME BILL: A bill prompted by a deadly assault at The Great Frederick Fair last fall would add spitting or dumping any bodily fluids on someone else to the state’s hate-crime statute, reports Steve Bohnel reports for the Frederick News-Post.

FREDERICK EYES U.S. 15 FUNDS: Improving U.S. 15 between Interstate 70 and Md. 26 and more funds for paratransit bus service are among the top transportation priorities supported by the Frederick County delegation of state lawmakers, Steve Bohnel reports for the Frederick News-Post.

BILL PROPOSES PARENTAL CONSENT FOR BIRTH CONTROL: A new bill requires parental consent for certain kinds of birth control, reports Mallory Sofastaii for WMAR-TV. The legislator proposed the measure after seeing Sofastaii’s report on a 16-year-old girl who received a birth control implant while at school.

ALLEGANY DEBATES WHERE SLOTS MONEY SHOULD GO: Allegany County officials are asking the Western Maryland Delegation to reconsider its effort to drop funding for a scholarship program to local colleges, Greg Larry writes for the Cumberland Times-News. The funding, which comes from the county’s share of electronic gaming revenue at Rocky Gap Casino Resort in Flintstone, would go toward local fire and emergency services.