Sen. Carter says there is no ‘public utility’ to locking up Pugh

A day after federal prosecutors called for sending former Baltimore Mayor Catherine Pugh to prison for nearly five years, state Sen. Jill Carter, D-Baltimore City, said she does not believe there is any “public utility” to locking up the disgraced politician.

“It’s not that she doesn’t deserve jail time. I guess that I don’t know that I think jail time is gonna serve any purpose — any real benefit to society… She’s been punished quite a bit already,” Carter told MarylandReporter.com in a phone interview on Friday.

Pugh’s attorneys echoed that sentiment, asking for a sentence of one year and one day in a sentencing memorandum filed with the federal court on Friday, according to the Baltimore Sun.

“Ms. Pugh has become a tragic figure — an inspiring person dedicated to helping her community who is now a disgraced, unemployed felon, and who has lost everything that she had,” the memorandum said.

Her attorney argued that a long sentence for Pugh — who has no criminal record — would serve no benefit for the public and a one-year sentence would be appropriate.

“Such a sentence, coupled with the loss of her entire career, the public dishonor, and serious economic loss that she has and will continue to suffer, would result in a significant punishment for Ms. Pugh’s actions,” her attorneys wrote, the Sun reported. 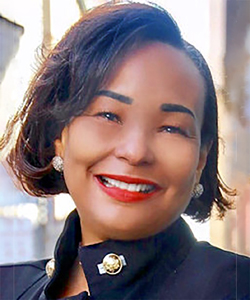 Carter, a former public defender who served in the House of Delegates while Pugh was a state senator and is now running for the Congressional seat left vacant after Rep. Elijah Cummings died last October, further explained her stance on Pugh.

“She’s lost her good standing in the public. She’s lost her career. She’s losing her house. She’s also having to pay back a huge amount of money — where she probably doesn’t even have a source of income.”

Carter said she thinks other parties who were involved in the scandal should be held accountable.

On Thursday, the U.S. Attorney for the District of Maryland, Robert Hur, recommended that Pugh be sentenced to 57 months. Pugh, 69, pleaded guilty on Nov. 21, 2019 to charges of conspiracy to commit wire fraud, conspiracy to defraud the United States and two counts of tax evasion.

The charges stem from a scandal related to a series of children’s books she wrote and sold to the University of Maryland Medical System in 2011, while she served on its board. Pugh was paid $500,000 for her self-published “Healthy Holly” books, which were distributed in hospitals and schools, although some copies were found in boxes in a warehouse last year, when the scandal came to light. She did not disclose her position on the board in mandated ethics forms she submitted to the city.

A 37-page sentencing memorandum filed on Thursday argued that Pugh’s trangressions were lengthy — spanning several years — and deliberate. Assistant U.S. Attorneys Martin Clarke and Leo Wise wrote: “The chronology of events since 2011, comprising Pugh’s seven-year scheme to defraud, multiple years of tax evasion, election fraud, and attempted cover-ups, including brazen lies to the public, clearly establishes the deliberateness with which she pursued financial and political gain without a second thought about how it was harming the public’s trust.”

Hur said he hoped the sentence would serve as a “bulwark against future corruption” and that it would “deter other would-be corrupt politicians, fraudsters and tax evaders from taking advantage of the public.”

The sentencing memorandum was first reported Thursday by the Baltimore Sun.

Steven H. Levin, who is a former federal prosecutor, said he had not read the sentencing memorandum but noted that the recommendation appears to fall within standard guidelines.

“There’s nothing that strikes me as particularly unusual about the recommendation in this case.”

Levin said prosecutors typically recommend sentences within the “advisory guideline range.” He explained what that means.

Dan Sparaco, an attorney and candidate for City Council president, partly attributed Pugh’s scandal to the way the city’s government is set up. Sparaco said he favors abolishing the city’s Board of Estimates. The board carries out the city’s fiscal policies and is in charge of awarding contracts. It has five voting members, which include the mayor and the City Council president.

“What we saw just recently with Catherine Pugh is the inherent problem with this system. We have a mayor who effectively controls the Board of Estimates — who is allowed to award contracts to their own campaign donors. And that’s what we effectively saw our former mayor engaged in.

“She was accepting money from people who had a direct interest in getting awarded contracts at the Board of Estimates and that is a conflict of interest that can’t continue and which is why in my view we need to abolish the Board of Estimates and professionalize the contracting process much as they’ve done in Montgomery County and other high-performing jurisdictions.”

Pugh is scheduled to be sentenced by U.S. District Judge Deborah Chasanow on Feb. 27 at 10 a.m. EST.

Pugh is the second Baltimore mayor in recent years brought down by corruption charges. In 2009, Mayor Sheila Dixon was convicted on one count of embezzlement for using gift cards that had been donated by a developer for needy city residents and lying about gifts she received from a prominent developer whom she was dating. A jury acquitted her of three other charges and deadlocked on a charge of misdemeanor embezzlement.

Dixon, 66, was sentenced to probation before judgment in a plea deal that required her to resign. 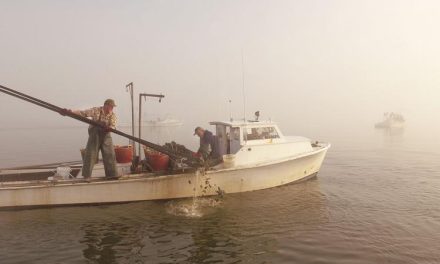