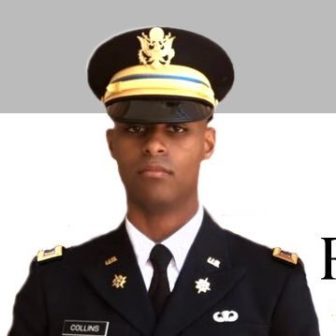 WIDENING HATE-CRIME LAW: Ovetta Wiggins of the Post reports that the mother of Richard W. Collins III, the 23-year-old black Army lieutenant who was fatally stabbed by a white former University of Maryland student, begged lawmakers on Tuesday to broaden the state’s hate-crime law so that no other mother feels “the pain I feel daily.”

MEASURE WOULD END ‘GAY PANIC’ DEFENSE: Gay rights activists hailed legislation Tuesday that would bar murder defendants from claiming they were provoked to violence after discovering the victim’s sexual orientation or gender identity, in an effort to reduce their offense to manslaughter. The defense was most famously used by the killers of University of Wyoming student Matthew Shepard in the late 1990s, writes Steve Lash for the Daily Record.

BILL ON MATERNAL PANEL MAKEUP QUESTIONED: The deputy director of government affairs at the Maryland Department of Health told a panel of state lawmakers on Tuesday that changes to legislation designed to make membership on a committee charged with examining disparities in maternal deaths more inclusive might make the recruitment process more difficult, reports Bryan Renbaum of MarylandReporter.

SENATE OKs BILL TO BAN BALLOON RELEASES: Maryland’s state senators approved a bill that would ban balloon releases into the atmosphere, in hopes of putting an end to the practice that often leaves litter miles away, Pamela Wood of the Sun reports. The bill creates a civil fine of up to $250 for the intentional release of a balloon by an organization or an individual who is at least 13.

RETAILERS BACK STATEWIDE PLASTIC BAG BAN: Maryland could join eight other states in banning stores from giving out or selling plastic bags — and state retailers support the measure, with the head of the Maryland Retailers Association saying stores would prefer statewide legislation over a piecemeal approach. The legislation prohibits a store from providing any plastic bags and requires a store to charge a minimum of 10 cents for paper bags, Samantha Hawkins reports in Maryland Matters.

SHERIFFS OPPOSE IMMIGRATION BILL: Maryland legislators are once again debating legislation that would restrict how local law enforcement officers and corrections officials handle illegal immigrants. The bill would prohibit local police from questioning detainees about their immigration status. But several sheriffs from Maryland and elsewhere converged on Annapolis to voice their opposition to the measure,  John Rydell reports for WBFF-TV.

SKEPTICISM ON HOGAN’S CLEAN ENERGY BILL: Gov. Larry Hogan’s Clean and Renewable Energy Standard would lead to a 100% clean and renewable energy portfolio by 2040 in Maryland. But the legislation has its share of critics, and on Tuesday they aired their views in the Senate Finance Committee, which did a substantial amount of the heavy lifting on the Clean Energy Jobs Act a year ago, Josh Kurtz of Maryland Matters writes. 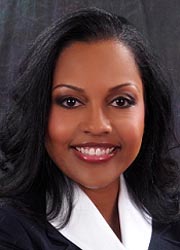 ON DEL. ATTERBEARY: In an article celebrating Black History Month, Ana Faguy of the Howard County Times profiles Del. Vanessa Atterbeary. She was first elected in 2014 and is one of two delegates who represent Howard County at the state level and one of 56 black legislators in Annapolis.

WIRELESS NETWORK FOR ELECTIONS NO LONGER REQUIRED: Steve Thompson of the Post writes that Maryland election officials have removed a requirement that some counties use an expanded wireless network during this year’s elections, after the network caused slowdowns during the special primary election last week.

BRIDGE CONTRACT IS ANNOUNCED: The Maryland Department of Transportation Tuesday announced a $301 million contract with Skanska, as part of a joint venture with Corman Kokosing Construction Co. and McLean Contracting Co., to design and build the new Gov. Harry W. Nice Memorial/Sen. Thomas “Mac” Middleton Bridge over the Potomac River.

DUTCH BACKS FEDERAL CYBERSECURITY PUSH: U.S. Rep. Dutch Ruppersberger is supporting federal legislation that would establish a grant program to help address cybersecurity vulnerabilities within government networks. The goal is to protect cities from ransomware attacks like the one that crippled Baltimore last year, Talia Richman of the Sun is reporting.

RASKIN ON IMPEACHMENT: Louis Peck of Bethesda Beat interviews U.S. Rep. Jamie Raskin about his role in President Donald Trump’s impeachment and whether the process was worth it, among other related issues.

PROPOSAL WOULD CUT SIZE OF CITY COUNCIL: In this 3-minute segment on WYPR-FM, Emily Sullivan reports that Baltimore City Councilman Bill Henry introduced a charter amendment that would reduce the size of the City Council and add at-large members.

WA CO TO UPGRADE 9-1-1 SYSTEM: Kevin Kinnally of MACo’s Conduit Street writes that Washington County announced a multi-phase plan to implement a countywide Next Generation 9-1-1 system. Maryland’s 9-1-1 system has performed admirably for decades. However, new data-rich communications devices and services are driving the existing 9-1-1 infrastructure toward its operational limits.

BSO ADOPTS 5-YEAR SUSTAINABILITY PLAN: The Baltimore Symphony Orchestra announced the unanimous adoption of a five-year plan the organization says will present a sustainable financial path forward and create new programming. The measure comes months after economic struggles caused the cancellation of the summer season and a 12-week lockout of musicians, Brandon Weigel of the Baltimore Fishbowl writes.