Former Maryland Attorney General Doug Gansler said Gov. Larry Hogan’s proposal to allocate more resources to fight violent crime in Baltimore City is well-intentioned but is only a temporary solution to the problem.

“I think the governor’s heart is in the right place in the sense that there’s a strong appetite to get more resources to Baltimore City to fight crime. It’s more of a Band-Aid than a long-term solution,” Gansler told MarylandReporter.com in an interview earlier this week. 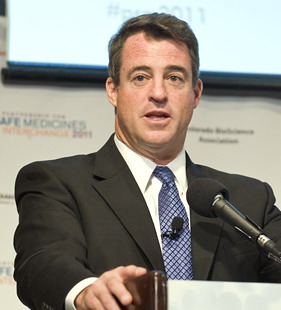 Gansler, a Democrat who served from 2007-2015, said: “The long-term solution is to make sure that we have proper leadership going forward, innovative thinking, innovative ideas — to bring down dramatically the crime rate.

“You don’t need to look further than Washington, D.C. to the south or Philadelphia to the north — and see that is precisely what happened in those cities. There was leadership that worked together, where all of the cylinders of leaders worked together toward a common goal during that time, and with innovative thinking and new ideas — that it happened.”

Gansler said much of the crime in Baltimore is caused by social inequities.

“There’s a myriad of contributing factors to why the crime rate is unusually and atypically high in Baltimore: housing opportunities, access to jobs, access to education.”

During his annual State of the State address on Wednesday, Hogan implored members of the General Assembly to make fighting violent crime in Baltimore their foremost legislative priority.

“If you do not consider any other legislation, and if you accomplish nothing else in the next 61 days, pass the Violent Firearm Offenders Act of 2020 … pass the Witness Intimidation Prevention Act…and the Judicial Transparency Act,” Hogan said.

Nearly $7 million is allocated toward crime prevention, prosecution efforts and witness protection. More than $270 million is designated for community and residential operations to care for minors under the supervision of the Department of Juvenile Services.

“We need more cops on the street. What we’re trying to do in our caucus is try to move some police around with regard to state police patrolling some of the interstates — [I-]95, [I-]83, [I-]895 … more policing around the subway stations.”

“We don’t believe that the city’s state’s attorney is prosecuting enough. I think, when you look at the statistics, there’s a lot of people who are getting plea deals and they’re getting released-and we think we need to strengthen that.”

Former Rep. Kweisi Mfume, who on Tuesday won the Democratic special congressional primary for Maryland’s seventh district to fill the remainder of the late Elijah Cummings’ term, said this week that he is not acutely familiar with Hogan’s crime reduction proposals but applauded the governor’s willingness to join in the fight against violent crime.

“I have not studied every aspect of his plan but I can tell you for me the number one issue is crime and gun violence. Whether it is Baltimore City, Baltimore County, or Howard County. We know what the situation has been in the city with 347 homicides last year. In Baltimore County the murder rate doubled in just a 12-month period and in Howard County violence is existing in a way that perhaps it has not existed before. Not at the same levels, but it’s throughout the district.

“I haven’t read his particular plan about how and what he wants do with the assistant attorney generals. I can tell you that everybody who joins in this fight, whether it’s the member of Congress or the new mayor or the state’s attorney or the governor — I think we’ll all be joining in for the same reason and that is to return our district, our city, our state — back to a safer and more livable place for residents.”

Baltimore Mayor Jack Young told MarylandReporter.com on Wednesday in Annapolis moments before the governor’s speech that he had not yet reviewed Hogan’s bill.