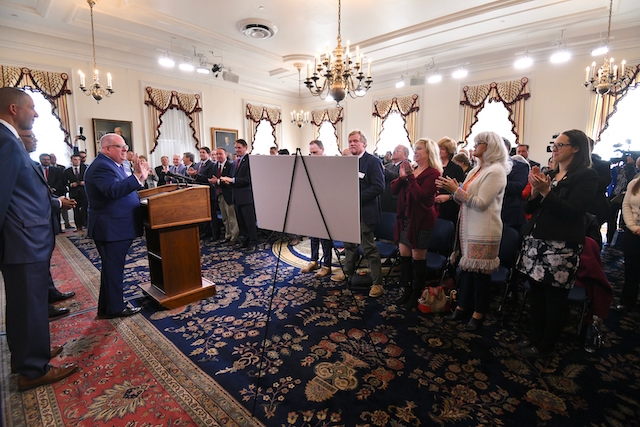 A day ahead of the start of Maryland’s 441st legislative session, Gov. Larry Hogan claimed overwhelming popular support throughout the state –  and Baltimore in particular – for a series of legislative proposals aimed at reducing violent crime.

“Our bills have the support of more than 90% of people in Maryland and even higher support in Baltimore City,” Hogan said at a news conference on Tuesday at the State House in Annapolis. Hogan did not cite or indicate where he got the 90% figure from.

“This absolutely must be job one for the legislature when they begin this session…Nothing is more important.”

MarylandReporter.com asked Hogan if he has spoken with Baltimore Mayor Bernard “Jack” Young about the proposals.

“We’ve talked to Jack Young about this extensively and obviously we’ve been working together on this crime problem for quite some time and we’re hoping to get the mayor’s support,” Hogan said.

Young has pushed for better education and jobs for the city to empower the residents as a means to take back the streets as opposed to more punishment and harsher sentencing.

“We have a number of crime bills that we’re proposing, including the judicial transparency bill and the witness intimidation bill, which, by the way, has 97-to-0 support in Baltimore City. So, we’re hoping we’ll get the mayor on board,” Hogan said

The governor went on to take a subtle jab at Young.

“I can’t imagine that anybody that’s a Baltimore City official, or [who is] running for office in Baltimore City, would want to take any position that 90 percent of the people are against.”

The former Baltimore City Council president became mayor last May after Catherine Pugh resigned under pressure and was indicted on federal charges of conspiracy and tax evasion. He is running in the city’s mayoral race.

Young’s office did not respond by deadline to a request from MarylandReporter.com for comment.

The Judicial Transparency Act would require the state to make public the sentencing records of judges who adjudicate cases involving violent crimes.

The Witness Intimidation Prevention Act would increase penalties for retaliation against those who cooperate with authorities. The legislation includes a provision under which restitution payments would be made to victims.

The Violent Firearm Offenders Act would drastically toughen penalties for those who commit gun violence. The legislation targets those who illegally possess guns, such as in cases of theft or ownership by felons.

Additional measures introduced by the administration would provide $21 million in additional funding for Baltimore city prosecutors as well as funds for the attorney general’s office to hire 25 new prosecutors and personnel to assist in the prosecution of violent offenses.

Hogan also unveiled ethics reform legislation on the heels of the recent convictions of Pugh and former delegate Tawanna Gaines, D-Prince George’s, as well as the indictment of former delegate Cheryl Glenn, D-Baltimore.

The Ethics and Accountability in Government Act would increase the fines placed on those who bribe public officials by 1000%. The legislation would force lawmakers convicted of taking bribes to forgo their taxpayer-funded pensions. It would empower the Ethics Commission to bypass the courts and directly assess penalties against public officials.

“It has become clear in recent months and recent weeks that a pervasive culture of corruption continues to exist, and that even tougher and more stringent laws are needed,” Hogan said. “The Ethics and Accountability in Government Act of 2020 will strengthen and toughen the state ethics laws in an effort to help restore the public’s trust and bring further transparency, accountability, and honesty to Annapolis.”

He responded to questions on his own personal wealth when asked if he would release his tax returns detailing his finances before he became governor.

“No one has ever been more transparent,” Hogan said. “No elected officials has ever disclosed more than I have.” 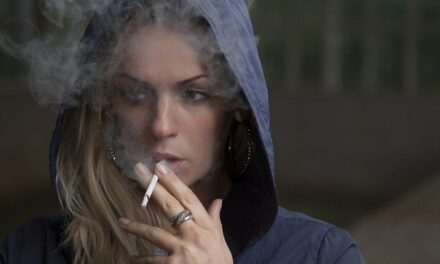