A bill that would make it illegal for landlords to discriminate against voucher holders is the top priority of the new chairman of Maryland’s powerful Senate Judicial Proceedings Committee.

Smith sponsored but withdrew the housing bill last session, when the committee was led by his predecessor, Sen. Bobby Zirkin, D-Baltimore County, who resigned from the Senate in December.

The Home Act, if it passes, would forbid landlords in Maryland from discriminating against would-be renters paying with government housing vouchers. The legislation has yet to be filed in either chamber of the General Assembly this year but was filed in each of the past three years.

The Home Act has been opposed by housing and real estate agent associations that have said voucher programs burden landlords with more rules than they would otherwise face.

Passing the legislation would address another of Smith’s priorities.

The 348 deaths in Baltimore in 2019 loom over the General Assembly’s proceedings. Fighting crime in Baltimore is a top priority of Gov. Larry Hogan, R, and Democratic lawmakers in both chambers.

Hogan has said that he would put legislation forward that would increase penalties against offenders who use or possess illegal guns, require restitution for crime victims, and crack down on witness intimidation. Smith said he would not comment on the proposals until he had read them. Hogan also has proposed funding 25 more prosecutors.

The “long guns” legislation was another bill introduced last session that didn’t make it to the governor’s desk. Zirkin angered the bill’s supporters by delaying a Judicial Proceedings Committee vote until late in the session. The delay ultimately meant lawmakers ran out of time to pass identical bills in both chambers.

Last year’s sponsor, Sen. Susan Lee, D-Montgomery, is also a member of the committee. She said the bill — still not filed in the Senate this session — is a priority.

“We need to stand up as a state and pass it,” she said.

She expects Smith to help get it through.

“He’s been very good. He understands the issues,” Lee said. “I’m very, very happy he is our leadership.”

In his first committee meeting Thursday, Smith said he wanted members from both parties to come to a consensus, or he would at least “ensure that everyone had their fair say.” Keeping things nonpartisan was “one thing that Bobby got right,” he said.

Smith’s commitment to bipartisanship is important to Sen. Michael Hough, R-Frederick and Carroll, a member of the Judicial Proceedings Committee since 2015.

“We have to be,” Hough said. “We are the one committee that, if we make a mistake, it can mean people’s lives.”

Smith made news last session when he was deployed to Afghanistan 10 days before the end of the 2019 session. He is a lieutenant in the U.S. Navy Reserve. He returned home in October.

A hearing on “long guns” is scheduled in the House Judiciary Committee on Wednesday at 1 p.m. The committee is scheduled to hear a briefing on the racial disparity among the incarcerated in Maryland at 1 p.m. Thursday.

“That should raise eyebrows,” Smith said of the disparity. “And no one is talking about it.” 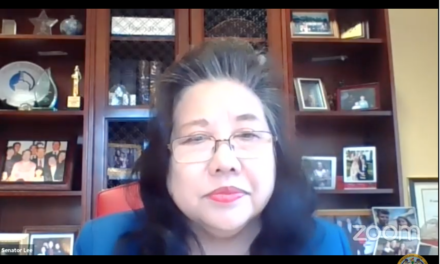