BPW OKs HOGAN ROAD PLAN COMPROMISE: The Board of Public Works approved major changes Wednesday to Gov. Larry Hogan’s plan to add toll lanes to the Capital Beltway and Interstate 270, allowing the state to begin soliciting proposals for one of its largest highway expansion projects, Katherine Shaver reports for the Post.

ERA OF NEW LEADERSHIP: Maryland lawmakers launched an era of younger and more diverse leadership in the General Assembly on Wednesday, electing new presiding officers to shepherd them into the next decade. The 90-day session began by honoring the political epoch of two titans whose history-making reigns ended last year, Erin Cox and Ovetta Wiggins of the Post reports.

AS JONES LEADS, BUSCH IS HONORED: Del. Adrienne Jones’ ascension is historic — she earned the job in May and is the first woman and black Speaker of the House— but much of Wednesday’s 50-minute house session honored the late Michael Busch, Maryland’s longest ever serving Speaker of the House of Delegates and an Annapolis delegate. Busch, who died a few days before the end of 2019 session, was beloved both by his colleagues and his political opponents, and for some Anne Arundel lawmakers, his absence was almost palpable, writes the Capital Gazette’s Olivia Sanchez.

HOGAN DISMISSES WASHINGTON MONTHLY STORY: Calling the report “completely false,” Gov. Larry Hogan Wednesday dismissed questions about his private financial dealings as a non-story even as some lawmakers say they would like to review how the second-term Republican’s interests may dovetail with decisions made on transportation projects, Bryan Sears reports for the Daily Record.

ED FUNDING, ETHICS REFORM DOMINATE: Funding for public education and ethics reform dominated the conversation in Annapolis ahead of the start of the General Assembly’s 441st legislative session, Holden Wilen of the Baltimore Business Journal reports. The priority for the majority-Democrat General Assembly, under the leadership of a new House speaker and Senate president, will be passing a bill creating a new public schools funding formula recommended by the Kirwan Commission. The big question that many are asking, including Republican Gov. Larry Hogan, is how the state will pay for it.

B’MORE, PG SEEK CHANGES TO KIRWAN: Baltimore Mayor Bernard “Jack” Young and Prince George’s County Executive Angela Alsobrooks said they planned to ask state lawmakers to alter the Kirwan Commission’s plans that require each of their cash-strapped jurisdictions to spend more than $300 million a year in additional funds on public education by the end of the decade while asking nothing more of some wealthier counties, Luke Broadwater and Pamela Wood of the Sun report.

POLICE DEPTS. DESTROY 270 RAPE KITS: Maryland police departments destroyed 270 rape kits over the past two years, according to new data released by the Maryland Attorney General’s Office, Luke Broadwater reports for the Sun. After the General Assembly passed tough restrictions in 2017 blocking the destruction of most rape kits, many of the state’s law enforcement agencies–  43 of 61 — stopped destroying rape kits altogether, the data show.

MIA TO STAY IN DOWNTOWN B’MORE: The Board of Public Works – Maryland’s spending board – voted 2-1 on Wednesday to approve a 10-year lease costing $1.68 million annually to keep the Maryland Insurance Administration in downtown Baltimore, writes Adam Bednar for the Daily Record. Gov. Larry Hogan and Treasurer Nancy Kopp voted in favor of the new lease despite protests from the ownership of Montgomery Park, which currently has protests before the state Board of Contract Appeals.

2 FREDERICK SENATORS, 2 APPROACHES TO GUN ISSUES: Frederick County Sens. Ron Young and Michael Hough are focused on gun issues. Hough, a Republican, is worried about proposed legislation that would require more licensing and regulations for hunting firearms. It’s a major topic for his constituents and one he believes is encroaching on their Second Amendment rights. Young, a Democrat, has pre-filed Senate Bill 55, which would establish a voluntary assault weapon buyback program statewide, beginning in fiscal 2022, Steve Bohnel of the Frederick News Post writes.

HOGAN ASKS FROSH TO SUE PENNSYLVANIA, EPA: Gov. Larry Hogan has directed Attorney General Brian Frosh to pursue litigation against Pennsylvania and the Environmental Protection Agency over Pennsylvania’s plan to clean up the Chesapeake Bay watershed, Tim Curtis reports for the Daily Record. Hogan believes the EPA will not force Pennsylvania to meet its requirements under the state’s Watershed Improvement Plan.

NEW ARUNDEL COUNCIL, NEW VISION: Olivia Sanchez of the Capital Gazette writes about the Anne Arundel County Council, which a little more than a year ago was an all-male, Republican majority council. But then the 2018 “blue wave” swept the country, and it flipped. Now a Democratic majority, the council is made up of five women and two men, and it is led by two women for the first time in nearly two decades. During its first year, this new council, made up of one veteran and six freshmen, passed 80 bills, including a controversial budget that increased income and property taxes, two fair housing bills, and the strongest forest conservation bill in the state.

ROD ROSENSTEIN FOCUSES ON B’MORE: Justin Fenton of the Sun reports that, as he takes a job with a high-profile law firm, Maryland’s former longtime U.S. Attorney Rod J. Rosenstein isn’t looking to talk much about his time with the Trump administration. He has turned down book offers, and avoids questions on the subject. If he did write a book, Rosenstein told The Baltimore Sun Wednesday, “it would probably be a lot about Baltimore.” 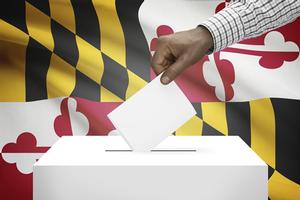